Phantom Thief Mistress C rounds out the first banner of Summer 4 servants. Like Osakabehime, she’s pretty weird, but unlike Osakabehime her tools are generally powerful enough to make up for it. She’s a Quick-oriented semi-support who can flex into a full DPS role if needed, and if you’re willing to work around her high innate star weight she brings a lot of value to mid-range Quick teams. Notably, she’s also the first SR gacha Rider in three years. 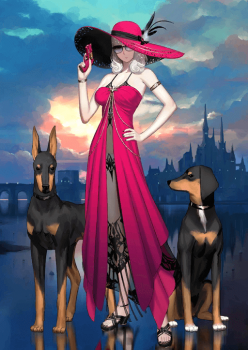 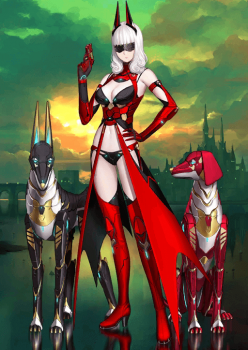 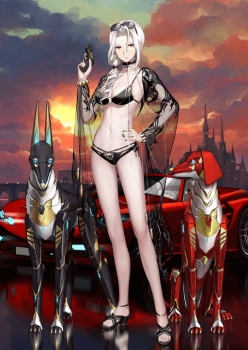 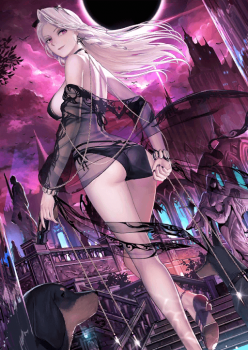 Carmilla has the second-highest attack stat of the SR Riders, and she also has the lowest HP total of the entire pool. This hyper-offensive stat spread is a bit odd on a servant with so much support in her kit, but it plays nicely into her focus on fast-moving teams, so she ends up stronger for it on the whole. With high hit-counts, a Quick-leaning deck, and Assassin passives, Carmilla is quite good at active star gen, and an NPQQ chain should be able to flood the field with stars without much issue. Her Arts card NP gain is remarkably high for her deck and she won’t have trouble building towards her NP, although her bland Quicks and low NP refund potential will keep her from being a strong candidate in Skadi loop setups. She also has, again, Assassin passives instead of Rider passives, and while losing out on Riding stings a bit, Carmilla appreciates the boost to her crit damage and star gen.

It seems every batch of new servants has to have at least one with really horrid mats, and Carmilla is that servant. Her mat requirements skew heavily bronze, and she requires 60 stakes and fluids per skill, on top of a fair number of stingers. If you want to level her, she’ll likely be a long-term project.

All three of Carmilla’s skills are supportive in nature and also benefit the entire party, which means Carmilla can use her skillset to push her own damage, speed up her allies, or (ideally) both. Recommended skill order if pressed is 1>3>2, but all three of her skills are strong and quite important, so you could easily justify pretty much any ordering of the three.

Femme Fatale is a nifty skill. Skill seal is among the least reliably useful forms of utility out there, but the real draw here is the second effect, which essentially functions as the debuff equivalent of crit damage up. The skill increases critical damage to the target by 50%, allowing the entire party to hit significantly harder provided you can enable crits. The wording on this skill (coupled with it being a new effect) means I’m not entirely sure whether it’s treated as part of the crit damage bracket or the defense/attack bracket, which impacts multiplicative stacking somewhat, but in either case it’s a very powerful effect. The skill also provides a decent star burst to make crits easier on the first turn of the debuff.

Calling Card is a bit tricky to use effectively, but in exchange it’s an exceptionally powerful skill. The skill inflicts the “Calling Card” debuff to the target, which procs after a turn, draining the NP gauge of the affected enemy by 1 and charging the party’s NP gauge by 25% at max. You are, essentially, trading timing flexibility in exchange for the largest skill-based partywide battery in the game (outside of Seven Veils gimmickry), along with some NP delay. The effect doesn’t proc if the targeted enemy dies first, which makes this basically useless in farming contexts, but in harder fights it has definite value. Additionally, Carmilla does not actually need to be on the field in order for this to proc, which means creative usage of the Plug Suit (or Chen Gong) can allow Carmilla to push three allies into NP territory, as opposed to the usual two. To top this skill off, this also grants a 3-turn 30% crit chance reduction, which is highly valuable for the purpose of keeping enemy card damage under control—especially considering Carmilla’s skill seal forces the target to use their cards instead of skills.

Mistress C is yet another powerful skill. It functions as a true HP drain, reducing enemy health by a bit and restoring whatever was drained to Carmilla herself. In a typical AoE context, that means this skill amounts to a hefty 6000 HP heal, which is more than half Carmilla’s un-grailed health pool. More importantly, though, the skill doubles as a 30% defense debuff. Assuming the enemy is vulnerable to debuffs, this skill and Femme Fatale combined amount to level of damage boostage equivalent to what Chiron gives—and then Carmilla brings some other valuable utility on top of that. Taken as a whole, Carmilla’s skillset makes her quite good at pushing party damage output.

Iron Maiden Racing Through the Dead of Night

Testarossa Maiden is, according to Carmilla’s bond profile, very definitely completely unrelated to the Ferrari Testarossa. Much like in the case of Laksmibai (who functions similarly), Carmilla’s NP will do very little damage and is more valuable for its star gen and utility effects. This NP provides an AoE source of buff block, which is generally awesome. Buff block has the tendency to cause enemies to waste actions trying to buff themselves, and it can also keep really annoying buffs (like dodges, crit buffs, and so on) out of the picture for longer. The NP also reduces enemy Quick resistance, making it a good opener for an NP chain if you need to push damage. Something like a Barti->Carmilla->Ridetoki NP chain will hit pretty absurd damage thresholds against a single target.

Carmilla is a fairly typical (but very strong) semi-support for low-to-mid-range Quick teams. She’s all about helping the team move faster, and what defensive utility she has is more meant to keep RNG from ruining your day than to keep you alive indefinitely. She’ll be best alongside a full DPS (like Ridetoki, Achilles, Okita, etc) and either another semi-support (such as Barti, Riderin, Laksmibai, etc) or Skadi. You need to make sure everyone has crit access in order for these setups to work reliably, though, and given Carmilla’s high star weight that will usually mean bringing servants with star weight boosts or just flooding out stars. These are both entirely possible in Quick setups, of course, but it’s something to keep in mind.

Carmilla can also function in a similar capacity to Chiron (as, again, her skills provide an identical level of boostage). You can have her drop her skills and then plug her out, leaving the whole team with amplified damage for a few turns and also charging the whole party’s NP gauges at the start of turn two. Something like Carmilla/Ridetoki/Chen Gong/Skadi/Barti, where you plug Carmilla for Barti immediately and Barti, Ridetoki, and Chen Gong all have starting NP CEs, would give Ridetoki huge damage boosts to work with for the first three turns while also guaranteeing a devastating NP chain on turn 2.

Carmilla’s biggest drawback in either of these uses, though, is that her entire kit—literally every single valuable thing that she does—is a debuff, which means a debuff-immune enemy shuts her down completely and makes her effectively worthless. This likely won’t often be an issue, but it’s definitely something to be aware of.

Critting is so important to Carmilla teams that 2030 will likely be her best CE choice unless you’re committed to using her as your sole damage-dealer (which is a waste of her debuffs). If you’re confident in your ability to make stars, you could instead give her Hot Spring Under the Moon, which makes fewer stars but boosts her crit damage instead.

Carmilla is aimed at a very specific type of team. If you like to run Quick teams that go beyond Skadi looping, Carmilla is a highly attractive grail target, as the extra stats let her punch harder and stick around longer. If you think you’re only likely to use her as a plug buffer, though, the extra stats won’t help her much at all.

Carmilla falls into a similar category as servants like Laksmibai and Chiron—strong semi-supports for fast-moving teams who can flex into a DPS role in a pinch. Carmilla is more offense-oriented than Laksmibai is, with more tools for pushing offense in exchange for less defensive value. She’s certainly an unusual servant, but she’s none the worse for it, and she’s a highly useful option for non-standard Quick teams in particular. 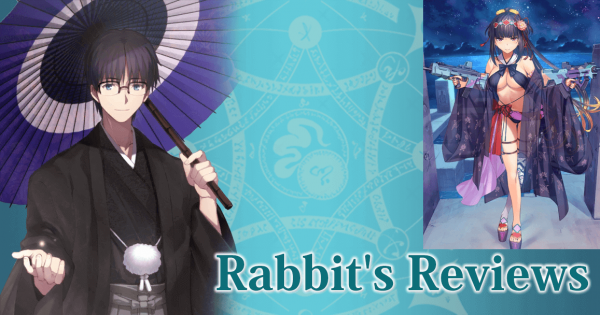 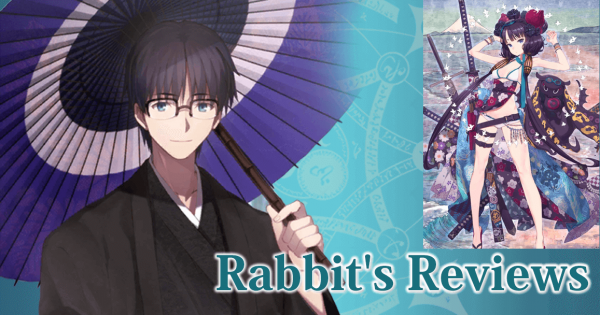