Kagekiyo is a remarkably straightforward Servant. She has a few gimmicky bits here and there, but ultimately she’s just a powerful and reliable ST Quick Servant. Kagekiyo has relatively low damage steroids, but she makes up for it with strong crit buffs and (more importantly) extremely high consistency. She’s one of the best netural Quick damage-dealers in the game, which is neat in its own right—although the actual value of this in practice is somewhat diminished by the plethora of powerful free Quick tools, not to mention the (generally superior) Arts options. All-in-all, this leaves Kagekiyo as a very strong Servant who’s ultimately rather forgettable. 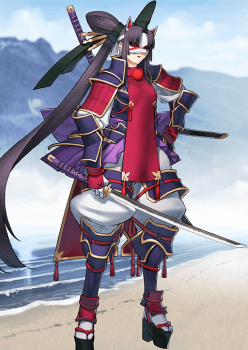 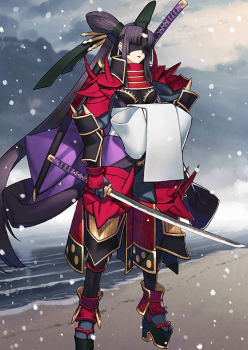 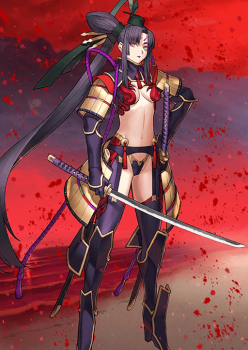 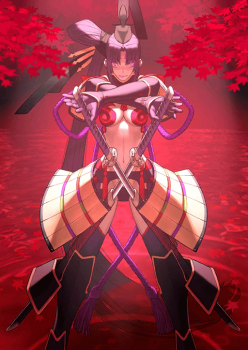 Increase NP Gain when damaged by 22%.
Decrease Debuff Resist for all allies (including sub-members),
except yourself by 12%. [Demerit]

Kagekiyo’s stat spread is generally offense-leaning, even by Avenger standards. This is good, given her DPS role, as the high stats help overcome her relatively low base steroids. Her internals are quite good, too, with high NP and Quick hit-counts that allow her to generate a lot of stars. Similarly, her Arts card NP gain is standard for her deck, and her Quick cards are solid—and between her multi-hit NP and her four good genning cards, she’ll have a pretty easy time of looping her NP assuming proper supports. She also has the three standard Avenger passives, which slightly boost her crit damage and (more importantly) boost her overall NP gain in practice. Very nice.

As an Avenger, Kagekiyo doesn’t require any gems or pieces/monuments. Instead, she needs a mix of miscellaneous mats. What this means in practice is she’s relatively easy to ascend and level, but also that you’re likely to be gated by one or two mats you happen to have already used a lot of. In any case, an event or two should solve that nicely.

For how involved her skillset looks, Kagekiyo’s kit is actually pretty straightforward in practice. Recommended skill order is 3>1>2.

O Genji, Meet Your Death A++

Kagekiyo’s first skill doubles as her niche Genji-slayer skill. This isn’t a huge niche—12 Servants at the moment—but in exchange it’s a massive 200% damage boost. With this active, Kagekiyo’s NP deals roughly 130k damage to Genji enemies, at neutral, with no Vengeance stacks, at NP1. It’s an absolutely nonsense level of damage for the rare cases where it happens to be useful. That said, this is still a strong skill even outside of that niche damage boost. It gives Kagekiyo a full 100% crit damage buff and cuts her allies’ star weight to zero, making it much easier for her to crit (even though she should be generating a ton of stars anyway). The crit damage buff gets washed out a little with two Skadis in play, but it’ll still let her Arts and Buster cards contribute a surprising level of damage. Most importantly, though, this skill is a 30% battery, which can help Kagekiyo get going faster or make her a little more reliable at looping.

Kagekiyo Shall Not Die EX

Apply Guts to self (1 time, 3 turns, revives with 3000 HP; can stack with other Guts).
Increase own Instant Death Resist (3 turns).
Apply effect to self (3 turns): When Guts is triggered, gain 1 [Grudge of Vengeance] stack (10 turns).

Kagekiyo Shall Not Die is a rarity of a skill. It’s a short-CD guts, with a 4-turn CD at max level. This is particularly unusual considering guts skills have something of a bad reputation for artificially inflating the CDs on otherwise underwhelming skills. This guts is also stackable, letting Kagekiyo use it in conjunction with, say, a Guts CE. For the duration of the skill, when Kagekiyo has a guts proc, she gets a buff that gives a super-effective bonus to her NP. She can stack up to four of these, but typically you won’t see more than one or two in a given fight. This is a neat skill overall, but it’s also kind of forgettable as gimmicks go—you typically aren’t going to be relying on the extra damage from this skill, so functionally this is just a short-CD survival tool.

Mist of the Circle-Mark B

Mist is a generically strong skill. It’s a 3-turn attack buff, which helps Kagekiyo clear things quickly, and it provides a 2-hit dodge to keep her alive during that time. This is just sort of a generic goodstuff skill, and while there might be a case to be made for the survivability-damage trade weakening Kagekiyo, hit-based dodges largely avoid that and Kagekiyo has another dedicated survival tool anyway, so it’s kind of a non-issue. She’s also clearly built for fast clears, so losing out on survival in exchange for more damage is fine. The skill also grants a minor curse effect, which is entirely forgettable in practice.

Impermanence - Collapse of the Prosperous

Kagekiyo’s NP is quite good. With a whopping 10 hits, it starts off with a pretty good refund as Quick NPs go, and it drops a ton of stars. It also removes buffs pre-damage. This isn’t quite as good as piercing invulns/defense, as it won’t get through unremovable buffs, but it still lends Kagekiyo an impressive level of consistency. On top of that, it gains the aforementioned SE damage each time Kagekiyo procs a guts, allowing Kagekiyo to push damage late in a fight if she needs to (though ideally she’ll be winning before that starts to matter). The NP ends with a curse effect on overcharge, which is just as meaningless as usual.

Kagekiyo is a highly typical Quick looper. With double Skadi, she deals very high damage, drops a lot of stars, and loops easily with her four genning cards. Assuming you have a native Skadi, the only real question is who you plug in as your third support. Castoria is (as always) a strong pick due to her survival tools and NP gen buffs, and Kagekiyo’s generic crit buff means she can actually leverage Castoria’s Arts buff for powerful Arts crits. Reines and Waver are also useful for their attack buffs, as always.

Kagekiyo does have some good synergy with a few less typical supports as well, however. Doman is the most notable of these—as Kagekiyo is Chaotic Evil, she gains the full benefit of his buffs, and her strong innate loopage means she can run support Doman without much of a drop in consistency in exchange for huge damage. Similarly, while Chen Gong is always great, Kagekiyo can use Chen Gong to forcibly proc her own guts in exchange for extra damage if you’re confident you can win quickly. Similarly, Asclepius boosts Kagekiyo’s NP gain and can provide extra gutses for extra Vengeance stacks, while Santa Nightingale also provides an extra guts while providing significant NP damage boosts.

Guts-centric Kagekiyo setups are going to be generally inferior to running her in “typical” Quick teams, but especially if you don’t have native Skadi the aforementioned alternative supports can allow for highly effective setups. Something like Asclepius/Kagekiyo/Support Skadi/Summer Night lets Kagekiyo NP on turn 1 with Black Grail (or even Poster Girl) and leaves you with plenty of NP gain and damage buffs to work with.

Given that Kagekiyo is meant for CQ contexts and CQs allow cards, Kagekiyo is free to run Black Grail for maximum damage and rely on genning cards to loop. If you’re having consistency issues and you have more than enough damage, however—when fighting Genji, for instance—you could run something like Traces of Christmas instead, for starting NP and more consistent loopage. Poster Girl also gets a shout-out, if you have it, as you can use it to make Kagekiyo more likely to proc her gutses while also supercharging her damage in the first three turns.

Kagekiyo is all about damage, and she has most everything else she needs, so CCs that boost her damage are going to be good picks. Her Quicks will benefit less from this as they’ll be loaded with buffs regardless, but adding to her Buster or Arts crit damage can stabilize her overall damage output.

Avengers are good grail targets in general, as they get extra effective attack from the levels. Kagekiyo likely won’t need the extra damage (and may not want the extra health), but if you find yourself using her often and wish she hit just a little harder, she’s not a bad grail pick.

Kagekiyo is very strong. She has high damage, consistent loopage, buff removal, and very good survivability. While she’s probably inferior to, say, MHXA (not to mention the likes of Vlad), she still has quite a bit going for her, and she’ll do very well for anyone who wants to invest in her. That said, we have plenty of very strong free ST Quicks, including two excellent welfares within the past year, so the value of a very-good-but-not-outstanding neutral ST Quick is diminished somewhat. She’s probably not a Servant to target unless you actively like her, as the free tools will do fine for you and Arts Servants are still better in general, but if you do choose to go for her you won’t be disappointed. 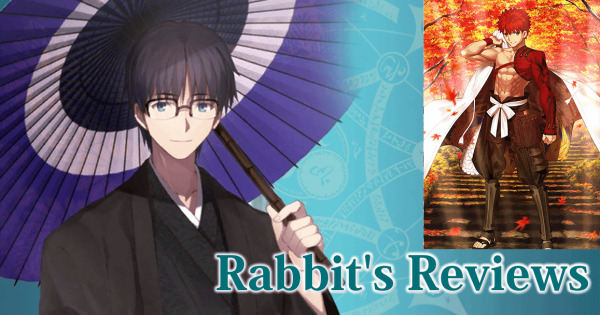 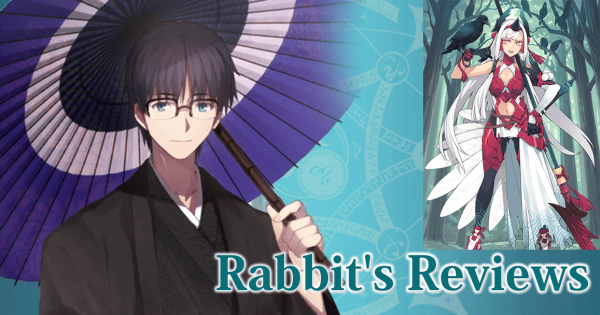 After Playing for more then 2 years it happened!
After playing for more then 2 years it has finally happened you can do 99 np…
Server de Discord hispano
Tenemos un server para la comunidad de Fate en Español!! Estamos en crecimiento y nos…
Updated GP Tier List
I haven’t noticed a topic on this yet, and there are a handful of changes: …
Busti's Stall Diary Chapter #180: The Grand Gacha-er hath arrived!
image1200×849 407 KB Have you gacha’ed recently? You haven’t? Gimme your sq then,…
Do anyone here have melt / big boss protea to help me punish that big sl*t kiara
ive been beaten by that bitch once , apprently my wild card the command seal doesnt…
Read More