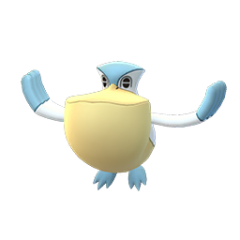 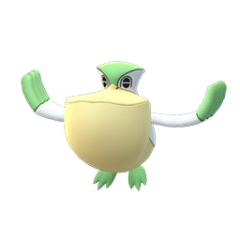 Pelipper has an unfavorable stat spread and typing, making it unoptimal for most uses. Pelipper’s unique ability in the main series games is to make it rain, which it cannot do in GO (but would've been super cool).

Wing Attack provides Flying-type coverage and is generally preferred over Water Gun due to its superior energy generation, though the latter offers stronger damage output and Water-type coverage.

Weather Ball is Pelipper's primary charge move due to its low energy cost and its efficient Damage Per Energy (DPE). Hurricane is generally chosen for its lesser energy cost compared to Blizzard, but the latter can be elected for its wide coverage.

Pelipper is a Water/Flying Pokemon that shares similarities with Mantine, being the less bulky of the two but offering superior Water-type coverage thanks to Weather Ball. A moveset consisting of Wing Attack and Weather Ball is the most popular in the meta, and allows more consistent Flying and Water-type coverage than what Mantine can provide. Access to the slower Hurricane or Blizzard instead of Mantine's Ice Beam results in cumbersome secondary coverage, and consequently Pelipper struggles against Pokemon like Altaria and Meganium that Mantine handles more comfortably. Overall a solid pick that counters certain popular meta teams, but tends to underperform notably against tanks.

Pelipper's max CP actually doesn't reach the CP cap of Ultra League, and thus Pelipper would appreciate additional stats for better performance. Pelipper does well against common Grass and Fighting Pokemon in this league, and tends to struggle notably against Dragon-types like Giratina, as well as bulky Pokemon like Cresselia or Armored Mewtwo. PvP formats that exclude powerful legendary Pokemon are more favorable for Pelipper, such as Premier Cup. 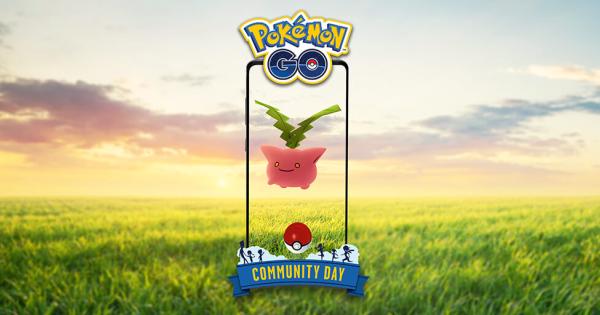