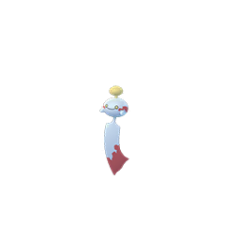 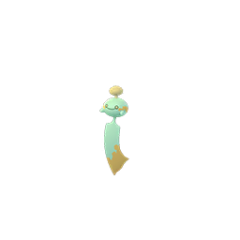 Known as the wind chime with soothing healing powers in the anime and main series, Chimecho unfortunately doesn't provide any utility in Pokemon Go. With inferior stats and movesets, Chimecho is mostly a dex entry, though it is somewhat rare to get.

Extrasensory benefits from STAB and offers energy generation at a slightly above average rate, making it a decent choice. Astonish is one of the worst fast move options in the game.

Psyshock gets STAB and requires the least amount of energy to use. Shadow Ball is recommended for its strong damage that's largely unresisted across the meta, and also threatens Chimecho's weakness to Ghost Pokemon. Energy Ball isn't particularly valuable for Chimecho as a Psychic-type, though it can provide some utility against common Water-types in the meta.

Chimecho has decently well-rounded stats for PvP, with average bulk compared to the meta. Unfortunately Chimecho competes with various other Psychic-types in this league such as Hypno, Deoxys, Mew, Cresselia, Medicham, and even Lugia, to name a few, but doesn't provide much to stand out amongst the crowd. Access to Extrasensory as a fast move instead of the more powerful Confusion is a detriment to its overall performance and damage output, despite the slight energy generation difference.

Chimecho has a niche vs popular Fighting-type Pokemon in this league, but unfortunately that's about the limit of what it can do. Shadow Ball helps to win against other Psychic-types like Exeggutor, Slowbro, and Gallade, but other Pokemon can fulfill Chimecho's role more comfortably.

Chimecho would be better at cheering on its teammates in Master League, rather than actually competing.