Community Posts with Keyword Registeel All 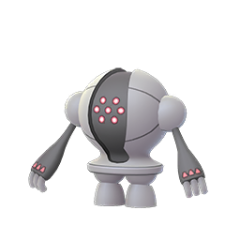 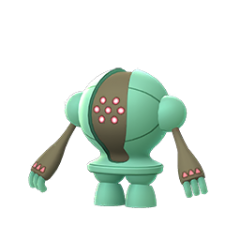 The addition of Lock-On is a significant improvement for Registeel, featuring the best energy generation in the game with 5 EPT (Energy Per Turn). While its pitiful damage output of 1 DPT (Damage Per Turn) is often too low to farm down an opponent, the massive energy gains are needed for Registeel's expensive charge moves.

Focus Blast (150 Power/75 Energy) provides valuable Fighting-type coverage and has high damage per energy spent, but it's also a very expensive attack to charge up and use, and a single shield threatens to severely cripple Registeel's power potential. Zap Cannon is limited to specific events, but its incredible damage threat and debuff utility helps flip various matchups in surprising ways. Despite recommending two of the most expensive Charge Moves in the game, Registeel's long list of resistances and high bulk gives it the time it needs to severely pressure shields. Flash Cannon (110 Power/65 Energy) is an attack with okay power per energy and it also benefits from STAB, but its poor coverage doesn't do Registeel any real favors.

Registeel is a very durable Pokemon in Great League, with a low ATK stat that enables high bulk due to the Great League's CP cap. A mono-Steel typing offers a long list of useful resistances, which further supports its survivability. The addition of Lock-On from the Nov 1, 2019 Colossal Discovery event gave Registeel the much needed energy gains that's required to fuel its expensive but powerful charge moves. Being able to outspeed much slower opponents with big-hitting charge moves allows Registeel to shake the meta in a big way, and demands hard counters to take it out fast before it launches too many devastating charge moves.

With an absolute max CP of 2447, Registeel caps off right below the Ultra League maximum, meaning that it's also expensive to prepare for Ultra League. Much like in Great League, the high energy gains from Lock-On allow Registeel to heavily pressure shields, and demands immediate answers for it. While it can narrowly beat Giratina-Altered Forme, the Origin Forme's access to Shadow Ball allows it to deny Registeel's total domination. Fighting-types are still a major weakness for Registeel, which are to be expected in this league as they naturally deal with the Dark-types who are meant to counter Giratina.

Registeel's low CP betrays it in the Master League, where it caps out long before its competitors and rivals. That said, it does have the ability to take down threats such as Tyranitar, Rhyperior, Mamoswine, and Weavile in the Master League, but many other Pokemon can make the same claim, in part or in whole. There are absolutely better picks, by miles.