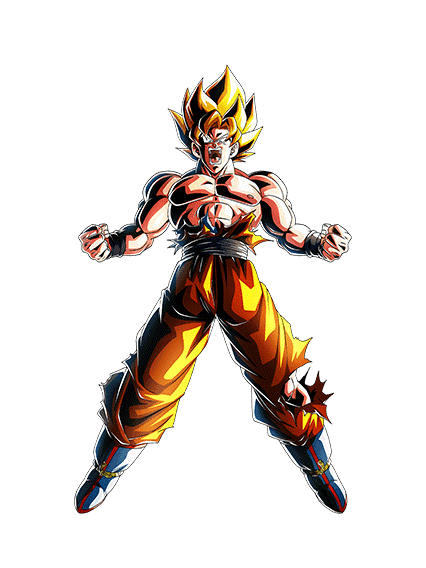 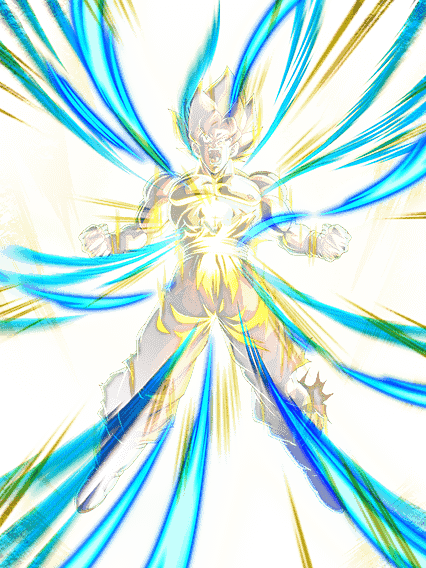 Coming straight from Dragon Ball movie 10, SSJ Goku is a premium LR Super AGL Card with a well rounded kit, capable of dealing a lot of Damage and taking very little, and also has great utility with his Super Attacks and nuking Passive Skill.

He will do very well in any Super line up and even some Extreme ones due to The common Super Saiyan Link Skills. He’s overall a very powerful Card to invest in to. When this magnificent card is flanked by Super Saiyan Category Allies, his foes won't know what hit them.

As a premium LR, SSJ Goku immediately stands out through his scary Stats and powerful Passive, capable of dishing out high Damage from the get go, without needing to wait for Transformations or Turn-dependent Buffs to activate. His Orb changing power lets him act as a supporter for the rest of his rotation as well.

While he only features in a few categories, they are some of the most vast and versatile in the game, making Goku very easy to include in most Teams. His Super Attack guarantees his DEF will stay high and his 18 Ki Super Attack debuffs and seals his enemy.

His Passive also gives him a lot of free Ki with Rainbow spheres, and his only restriction is the bonus ATK per Orb he gets with Super Saiyan allies attacking in the same turn. Super Saiyans are a staple in Dokkan and there are many powerful Cards to choose from. Goku’s great Link Skill set guarantees he’ll always be getting something from his partners.

SSJ Goku has a suboptimal Leader Skill that offers lower 130% Stats and high 4 Ki to a category that usually has a lot of Ki and benefits more from a 170% Stats leadership.

Another minor issue is that the SSJ Goku Card name is one of the most contested in Dokkan, and Bandai releases multiple versions of him every year that can’t be used together in the same Team.

All In One: Jumpscare Edition

It’s very easy to include SSJ Goku in teams, as you only need to worry about pairing him with a few Super Saiyans to increase his self Buff.

He’ll perform very well with only a single partner, but a full Super Saiyan team will guarantee he will get his maximum boost, making Super Saiyans his strongest Team by default. He can be paired up with other forms of SSJ Goku, like GT or Angel, but also SSJ Vegeta, SSJ Gohan, SSJ Gogeta, SSJ Bardock and even SSJ Broly. 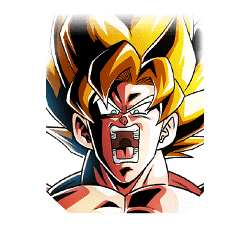