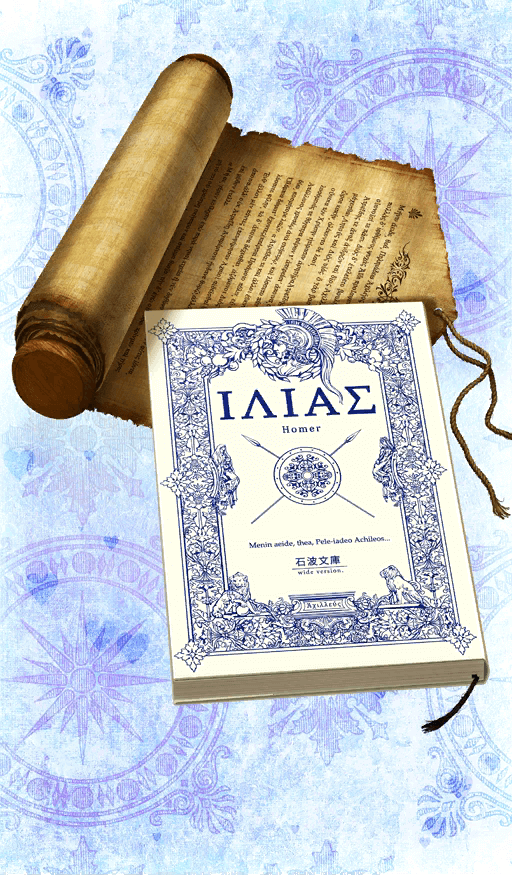 Young Alexander's favorite book.
One of the oldest Greek classics, it is attributed to Homer.
There's a scroll version, thought to be from 3 B.C., and a paperback version published in Japan in the 21st century.
Which version do you like better?

...It's worth noting that the scroll is written in Ancient Greek.