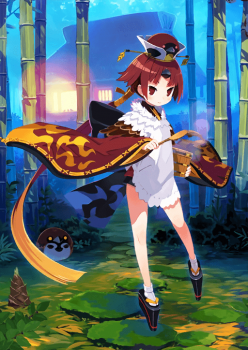 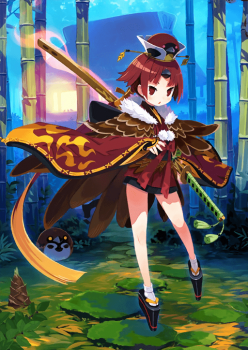 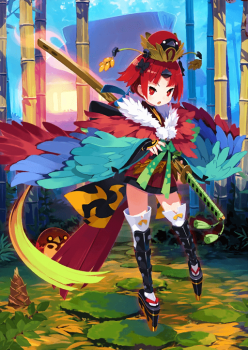 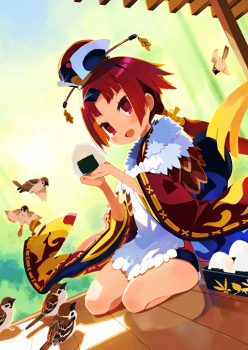 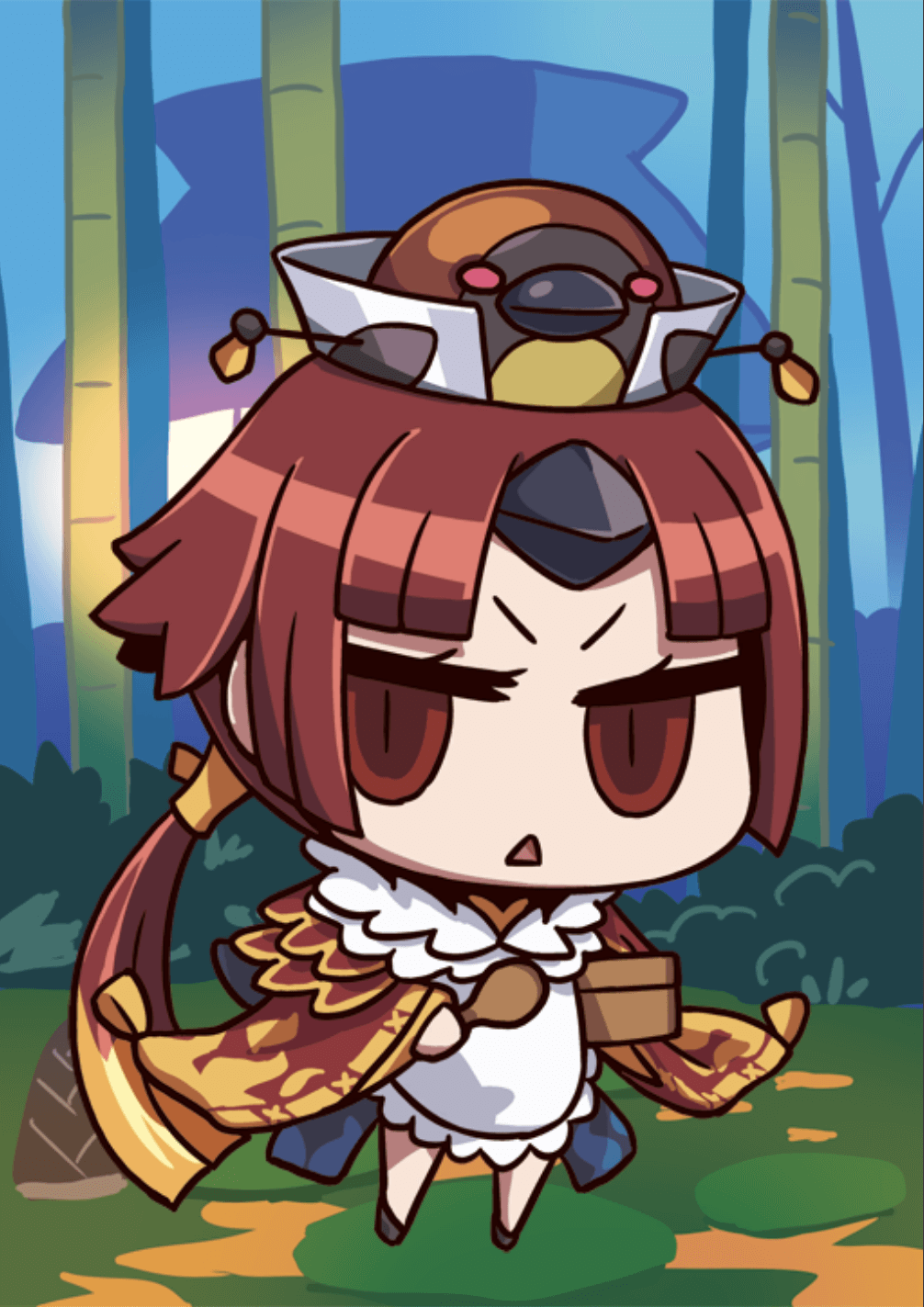 Apply Skill Seal Immunity for yourself.

Judgment by the Ten Kings, Wicker Box's Fate A

When equipped on Benienma,
Increase all allies' Damage to Enemies with Chaotic Alignments and Evil Alignments by 15% when she is on the field.

“Welcome to the Enma Pavilion!”

Hungry? You’ve come to the right place, as Beni-sensei has come to feed your culinary needs~ Of course, if you are Evil, or Chaotic, or dare I say both, you might find yourself subjected to much pain from her Single Target Arts Noble Phantasm which hits extra hard against either trait!

Beni-Enma is a rather interesting Servant with the amount of utility she brings to the table. Each of her Star Basket skills, Star Basket (Big) and Star Basket (Small) provide rather rare effects like enemy NP seal and ally buff removal resistance. In addition, her passive Ventriloquism EX will allow her to avoid all skill seals and use her skills when needed. She also is one of the rare Servants in the game capable of charging the team’s NP gauge by 20% while also having a damaging Noble Phantasm of her own. Furthermore, she has a special attack modifier against two very common enemy traits, Chaotic and Evil, which makes her Noble Phantasm Judgement of the Ten Rulers of Afterlife - Journey of the Wicker Basket extra powerful.

Of course, she’s not perfect. For one thing, her Criticals leave a bit to be desired as while she does get a nice Critical damage boost from Mind’s Eye (Fake) A and Independent Action A, she has no way of absorbing the Critical stars created beyond her middling natural absorption. She also suffers from rather poor NP gain, making her Noble Phantasm often just a single use.

Beni-Enma is a powerful Servant despite her diminutive looks and would be a great addition to any team looking for a Single Target Saber.

If there was one word to describe utility, it’d be Beni-Enma. Or is it the other way around? She can reduce all enemies’ defenses, seal their Noble Phantasms, reduce their Critical Hit chance, increase the party’s Buff Removal Resistance, and has some innate Debuff resistance of her own. Most notably of all, she is entirely immune to skill seals, meaning in some more challenging fights the enemy cannot stop her from charging the team’s noble phantasm gauge on demand. This little girl packs quite a tool kit.

Not enough can be said about this. Being able to charge up a team’s Noble Phantasm gauge by 20% is a rare enough trait as is, and powerful. After all, with a couple of Kaleidoscopes or allies with at least a 30% self-NP charge and 50% starting NP CEs, this means a full team can unleash their Noble Phantasms without needing to use any normal attacks at all. However, almost all Servants with the capacity of team NP charge have support Noble Phantasms which means their 20% charge doesn’t contribute to their own damage. Beni-Enma has a single target Noble Phantasm, however, further increasing the offensive output from the 20% team charge.

Beni-Enma’s Noble Phantasm has a supereffective modifier against any enemy with a Chaotic or Evil trait. When the enemy has both, the bonus stacks, creating one of the most powerful attacks in the game. Furthermore, if the target is Lancer-class with both traits she’s nigh unbeatable in damage.

While Beni-Enma has decent Critical hits, she has no skill to absorb Critical Stars. With her rather average Saber star weight, this can sometimes make it hard to reliably gather stars. This can be compensated some with CEs, but doing so costs Noble Phantasm damage.

While Beni-Enma has a really nice Quick card with 6 hits, she only has one of them. Her Arts cards are low-hit count with a rather low modifier, making it hard to charge her Noble Phantasm.

Beni-Enma’s skills carry with them a whole host of buffs and debuffs, making it hard to prioritize one over the other. All of them benefit getting leveled to high levels, primarily helping with damage.

Beni-Enma’s kit revolves around charging a party and unleashing a series of Noble Phantasms, so Starting NP Gauge CEs are critical for her success. Alternatively, when one wants to use her to nuke a Chaotic Evil enemy, using an NP Damage Up CE can provide multiplicatively more damage. With proper support, Hybrid Starting Gauge / Damage CEs can also help boost her to productivity.