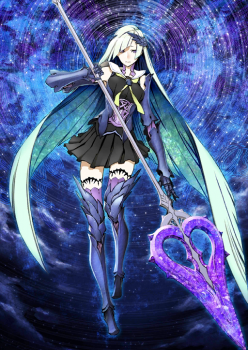 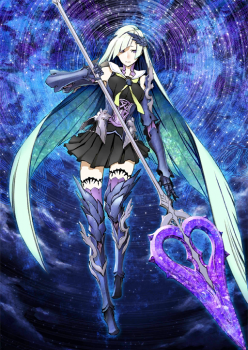 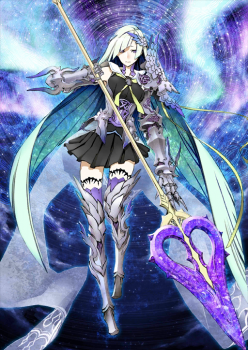 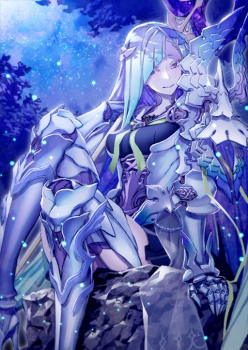 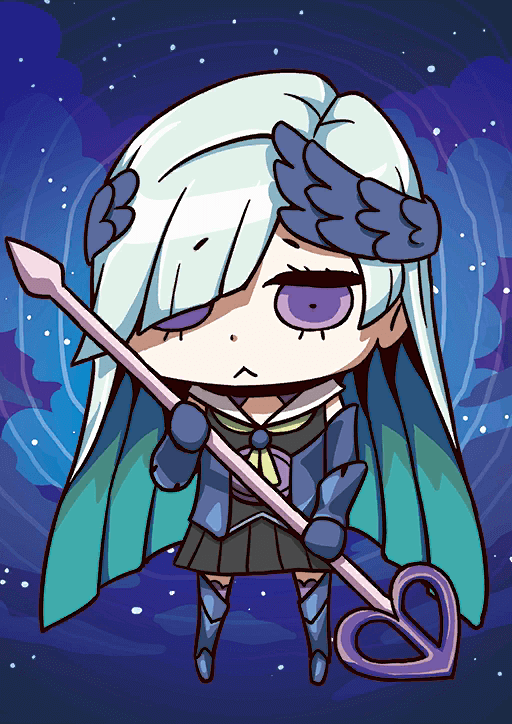 Extra damage to a [Loved One] (Brynhild's Beloved) enemy.

Til Death Do Us Part

Extra damage to a [Loved One] (Brynhild's Beloved) enemy.

Til Death Do Us Part

When equipped on Brynhild,
Increase Buster Card effectiveness of all allies by 10% and NP gain by 10% while on the field.

“Please don't be kind to me…  In that case I must love you. I must kill you.”

Brynhild's Romance is a tragic tale of betrayal where her lover Sigurd loses memory of their vows and marries another.  As a Heroic Spirit, Brynhild's explosive love and sorrow towards Sigurd manifest themselves twofold. Her Single Target Buster Noble Phantasm Brynhild Romantia deals super-effective damage to Servants who are Loved Ones (commonly referred to as "Brynhild's Beloved" by the community), while her kit supports strong critical potential.

Tragically, Brynhild is betrayed by a few gameplay quirks.  Brynhild's Beloved is a somewhat arbitrary trait, and thus is inconsistent against many boss enemies.  While she has a fantastic statline, Brynhild lacks any strong defensive options and leaves the task of covering for her to her teammates.  Lastly, her only direct damage steroid lasts for a single turn and mostly benefits her NP, leaving something to be desired for powering her critical hits until Hero’s Assistant gets its upgrade.

With interludes completed, Brynhild is a very potent weapon for any Master to command.  With her strong NP and critical potential, she can serve as either an off-support or primary damage dealer in her own right.

Brynhild's NP gain stats and hit counts allows her to build NP gauge well with a standard Lancer deck.  Riding not only increases her Quick NP generation, but combined with the high Star Generation buff on Brynhild Romantia, Brynhild's 3-hit Quicks and Extra cards allow her to self-sufficiently generate stars as well.

Brynhild's Beloved includes many Servants that Brynhild has class advantage over or is neutral against, which allows her to quickly burst them down in Challenge Quests or the like.  Brynhild's high NP uptime makes her an especially potent DPS against her Loved Ones.

While Hero's Assistant grants strong critical damage and star weight (plus a sizable heal) on a short cooldown, its main value lies in its targetability.  This allows any teammate (not just Brynhild) to take advantage of her stars and drastically increases their critical consistency. Brynhild's post-interlude 50% teamwide stargen buff on NP not only increases her Star Generation, but allows teammates with moderate to great star generation potential to contribute a healthy amount of stars as well.

Although Brynhild can score super effective damage against a good variety of Servants, her coverage is weaker than her main anti-trait Lancer competition such as Anti-Divine and Anti-male. Furthermore, many of her Loved Ones are in the Saber class or in classes she generally is not fielded against, thus limiting her coverage even further.

Although Brynhild has a fantastic statline and great support for Challenge Quests, she lacks any form of defense or hard survivability to survive the enemy NP on her own.  While Primordial Rune (Brynhild) will reduce the enemy's NP damage and critical chance, it still requires stacking with Defense Up or strong Attack Down and NP Damage Down skills in order to realistically survive an enemy NP.

Although Mana Burst (Flame) effectively grants over 40% damage on her NP, it does not do her command cards as big a favor.  In order to make the most out of Hero's Assistant as a damage dealer, Brynhild appreciates longer duration offensive buffs to match her critical buffs.

Brynhild's mixed kit may be confusing for Masters questioning whether to prioritize support or dealing damage. Pre-interlude and for Masters with less options, it's highly recommended to invest in Brynhild's offensive skills as a primary damage dealer.  Post second interlude, or for Masters with a solid Lancer roster and long-term investment material, it may be preferable to focus on Brynhild's supportive set, especially Hero's Assistant.

Brynhild does best with Craft Essences that increase her general damage.  Attack Up scales the best with her, but is limited in CE availability.  For a critical-oriented build Brynhild benefits tremendously from Buster Up and Critical Damage, while NP Damage Up is very strong due to stacking multiplicatively with Brynhild's Effective Damage).  Starting NP Gauge is always useful for reaching her NP even faster, especially on hybrid CEs, though NP Gain Up benefits from her strong base performance.

Brynhild's Beloved trait doesn't seem to have a pattern outside of a few obvious picks (such as Sigurd and Siegfried), but we have a list of included Servants here: https://grandorder.gamepress.gg/brynhilds-beloved. Interesting Servants include Gilgamesh Caster but not either Gilgamesh (Archer) and Ushiwakamaru.