Community Posts with Keyword Medusa All 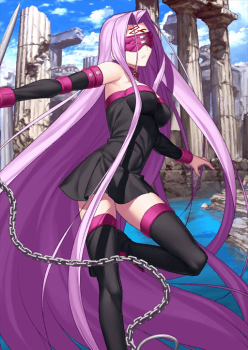 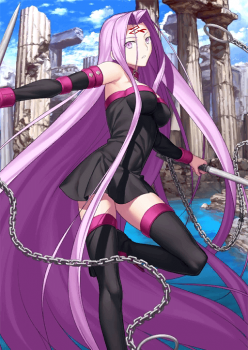 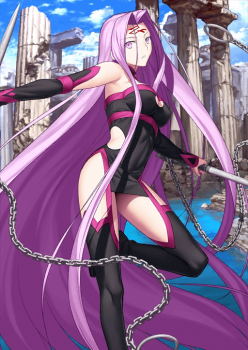 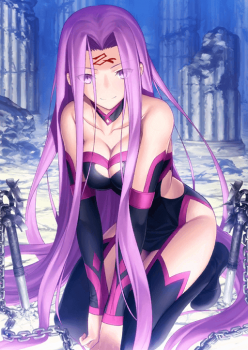 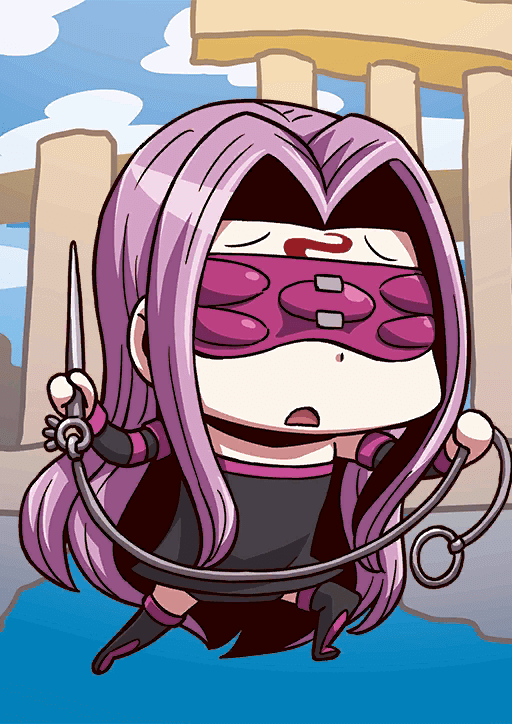 Apply Damage Plus for yourself (Total Card Damage +95).

Upgrades after Rank Up Quest 2

Deal heavy damage to all enemies.
Decrease Critical Rate for all enemies by 20% (3 turns).

When equipped on Medusa,
Increase Party's NP Gain by 15% while she's on the field.

“I have no idea when I'll turn into a monster again. If that scares you, you should end our contract while you still can.”

Accompanied by her majestic Pegasus, Medusa appears in her original goddess form, though most of her abilities originate from her monstrous side. Manifesting in the Rider class, she is a Quick Servant with an AoE NP who excels in farming (Caster) enemies quickly.

Medusa’s main selling point is Blood Fort Andromeda’s NP Charge, which allows her to perform instant NPs with the help of Starting NP CEs. Thanks to the multiplicative buffs of Monstrous Strength and Riding, Medusa’s NP Bellerophon packs a decent punch as well, which altogether makes her an ideal farming Servant. An aspect that is further improved after gaining access to her NP Upgrade. Blood Fort’s secondary effect also improves her long-term NP gain, which synergizes well with her high critical star weight and improved critical damage from Independent Action. Last but not least, Medusa’s Mystic Eyes skill grants her access to an unrestricted Stun, an important asset when she is brought to a harder stage.

Unfortunately for Medusa, she also harbors a couple of glaring weaknesses, the most prominent of which is her overall unsuitability for dealing sustained single-target damage. Outside of her AoE NP, Medusa’s QQAAB deck and shorter-duration-than-usual attack buff leave her with no way to quickly finish off high health enemies. Additionally, while her Stun is undeniably powerful, its single target effect is at odds with her AoE nature, and it is generally unimportant for farming, which is where she thrives. Finally, Medusa’s low Quick hit count makes her star generation rather poor despite her NP’s buff, while her lack of other survival skills make her less appealing for longer fights as well.

Above all, Medusa is best utilized as a budget farming Servant, thanks to her NP charge skill and decent AoE damage. However, despite possessing a powerful Stun, her low single-target damage and lack of survivability makes her unsuitable for harder fights, in particular those with beefy single bosses.

Medusa’s NP deals decent damage, especially after her NP Upgrade, and Blood Fort Andromeda’s NP Charge allows her to unleash it early in a fight when equipped with Starting NP Gauge CEs. This makes her fairly effective for 3-turning Caster-heavy stages, such as QP daily quests. Blood Fort’s secondary effect, along with her star weight, improves on her decent Arts NP gain and allows her to gain NP pretty reliably

While the Stun debuff is most commonly used to prevent an enemy from using their NP for one turn, it also prevents the target from dealing any damage, and it can even be used to foil a stage’s gimmicks on rare occasions. Mystic Eyes is one of the few Stun skills with no restriction, letting Medusa take a turn away from virtually any enemy in the game.

While her NP Damage is acceptable, Medusa’s damage potential is crippled by her QQAAB deck, which is difficult to deal damage with. Although Monstrous Strength and her passives provide a respectable increase in overall damage, they can only do so much to help her in this regard. She often struggles to dish out enough damage as a result, especially against single, high HP bosses.

Medusa’s Stun allows her to reduce incoming damage and delay enemy NPs. Against powerful NPs, however, simply delaying them is often not enough, and Medusa relies on external help to provide her with defensive solutions. Additionally, as Stuns are often kept for emergencies, her long-term sustainability is also rather poor.

Despite having two Quick cards and a Quick NP, their low hit counts mean that Medusa won’t be producing a considerable amount of critical stars or NP charge with them. While her NP provides a critical star generation buff, its small percentage makes little difference overall for her even after her NP upgrade, and an NP Quick Brave chain is the only time she will generate a decent amount of stars. However, after her NP upgrade her NP can be used to boost the star generation of high hit count allies.

Medusa’s Monstrous Strength and Mystic Eyes skills benefit greatly from being leveled. Leveling the former allows her to reach the required damage benchmarks easier, while leveling her Stun turns it into a reliable emergency measure. In contrast, Blood Fort Andromeda can be safely ignored unless longer-term performance is a concern, and even in this case, it is usually leveled after the other two skills.

As Medusa is a Quick-oriented Servant, Quick Performance Up Craft Essences are an obvious safe pick. Her other options are generally aimed at improving her NP or her critical damage. The former utilizes CEs with effects such as Starting NP Gauge or NP Damage Up, and the latter is achieved by using Critical Damage Up CEs.

The youngest of the three Gorgon sisters in Greek mythology.
Originally an earth goddess, due to the Olympian gods and the fanatical beliefs of the people, she was forced to escape to the Shapeless Isle where she became a monster that turned people to stone.

Height/Weight: 172cm, 57kg
Source: Greek Mythology
Region: Greece, Shapeless Isle
Alignment: Chaotic-Good
Gender: Female
Her height here is her summoned height.
It is unknown how tall she was during the Age of Gods.

She's beautiful, but has an aura of danger about her.
She may seem ruthless from her cold and distant actions, but she just thinks most things are a pain in the butt, and would rather not do anything all day. She likes alcohol and reading, and she doesn't care if people like her or not.

[Bellerophon]
Rank: A+
NP Type: Anti-Army
Bridle of Chivalry.
In legend it is said that the hero Perseus cuts off the monster Medusa's head, and Pegasus emerged from her blood.
Just like in the legend Medusa can use her blood to summon Pegasus and mount him.

Mystic Eyes: A+
She has the highest ranked Mystic Eyes, Cybele.
She can unconditionally turn anyone with low Magic Resistance to stone, and even those with high Magic Resistance will be turned to stone if they let their guard down.
They're normally sealed away with the self-seal, Breaker Gorgon.

She's tall with an excellent figure, but according to Medusa, "small and cute" is her standard of beauty. She has a complex about her tall, adult-like body.

Out of the three Gorgon sisters, she's the only one who ended up "growing."
She went from a goddess loved by all, to a goddess who wanted to save (rule) over all.
Corrupted by her growing hatred towards humans, she ended up becoming a demonic beast who devoured heroes.
The name "Gorgon" was given to the goddess for what she became.