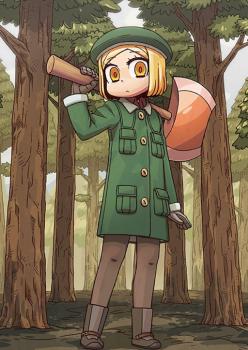 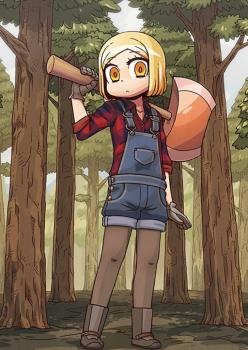 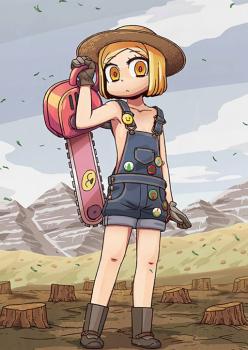 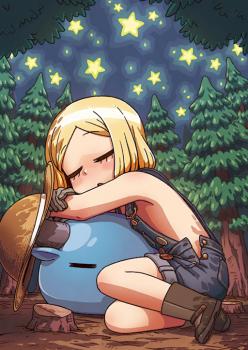 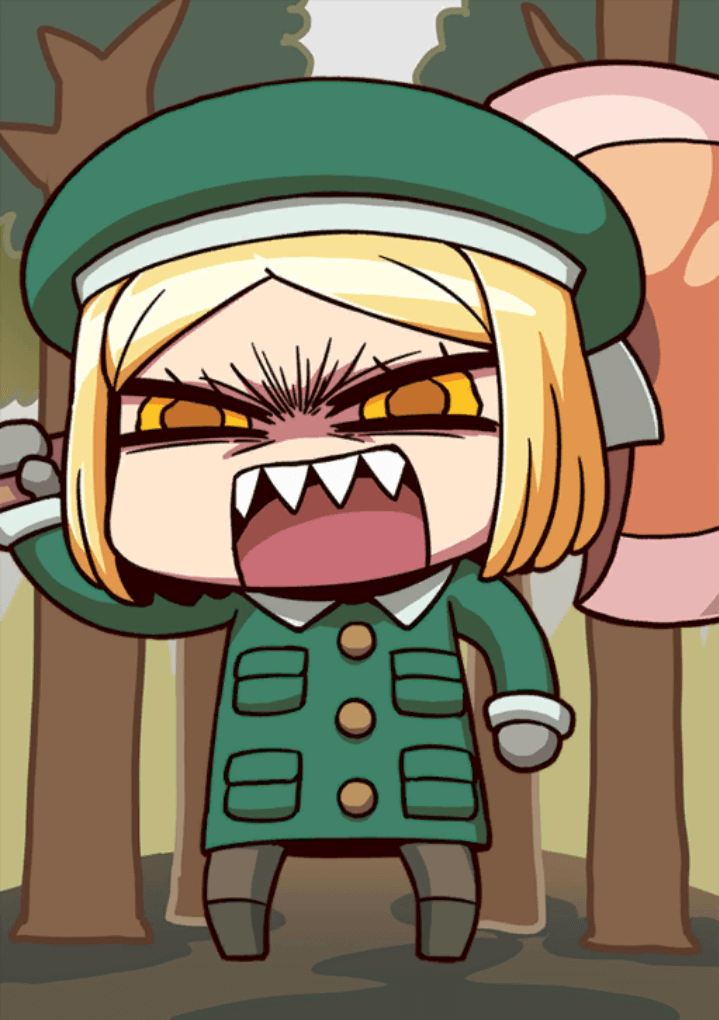 Recover HP for all allies.

Decrease DEF for all enemies (5 turns).

Exploits to be Astonished By

When equipped on Paul Bunyan, Increases Buster Card effectiveness of all allies by 15% while she's on the field.

Chopping away at anything that may get in his way, Paul Bunyan rides in on his giant blue ox named… wait. Paul Bunyan is a girl? That little ball is an ox? Originally a joke Servant created by Riyo (author of the Learning with Manga), Paul Bunyan is a budget Buster AoE NP servant with support ideal for all who wood chance upon her.

Bunyan carries her weight well for a budget Berserker. She supports and roots on her team members with Buster and Critical Damage buffs via Delightful Comrades, healing via Bean Soup Lake, and an AoE defense down on Popcorn Blizzard and her NP Marvelous Exploits. Her other main benefits come from her NP, which not only hits very decently for a 1-star Berserker, but also is the fastest NP in the game, chopping down her enemies in only 2-3 seconds on 2x speed.

While Bunyan is great with damage, she often leaves in a hurry. With the lowest HP in the game and Berserker type disadvantage, she has next to no survivability to tap into, leafing her easily felled. She also does knot have good sustained performance as her longer cooldowns, low survivability, and single Arts card means she will likely only rev up her NP once.

Paul Bunyan is a quick and easy servant to sap through an enemy wave in as little time as possible instead of lumbering around. Masters looking for a servant to speed-run farming quests, a low-cost Buster support, or a Servant to fire their NP, give buffs, and die, will be quite pleased to be able to stick her into their party. She walnut disappoint.

At 2-3 seconds on 2x speed and an AoE Berserker NP, Bunyan is one of the best servants in the game to clear a wave in as little time as possible. Thanks to the plethora of buffs (48.8% bonus Buster damage at most) she possesses as well as the ease in getting her to NP5, her NPs pack quite a punch as well.

Bunyan packs a variety of offensive buffs for her companions, boosting their Buster skills, Crit Damage, and lowering enemy Defense for 3 turns (5 turns on her NP), making her one of the best budget Buster Supports available. In a farming team, the Buster Crit buffs will continue to carry over, potentially allowing for massive Criticals from her friends. And just for fun, she can heal her friends too if they get hurt.

As big as Bunyan is, she just can’t take a punch. She has the lowest HP in the game and Berserker type disadvantage, so an average attack may well take out over half her total HP. Without any strong defensive options available, she will struggle to stay alive even with external support. Some Masters may be able to use this weakness as a strength though by intentionally letting her fall to bring in a new Servant.

While Bunyan is great as a charge-and-fire servant, her contribution is much diminished after firing off her skills and NP. With only a single Arts card, she will not generate much NP on her own to potentially fire off a second NP. Along with a more steep 6-8 turn cooldown on her two most important skills, combined with her weak survivability, she will likely only be able to use her skills once.

Bunyan’s skills are a boon for her entire party. As an offensive support Servant, Bunyan profits most from boosting the damage on her NP and those of her allies. As such, a Master should level Delightful Comrades first as the buffs carry over to multiple waves, then Popcorn Blizzard for more damage, and Bean Soup Lake last. Most skills can be safely left at level 6 unless a Master is highly in need of a Buster Support or a low budget enthusiast.

As Bunyan’s main usage is to buff and fire off an NP fast, getting a Starting NP Gauge or hybridCE will help her the most. When one is not available, Masters could look towards using Attack Up/Taunt CEs to increase her general damage and/or get her to die more quickly for a free swap. She also can benefit from a Death Effect CE for when she inevitably dies to better support her party.