Community Posts with Keyword Prince of Lan Ling All
Chrislexa 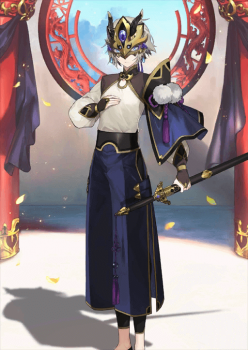 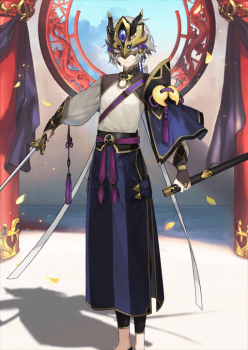 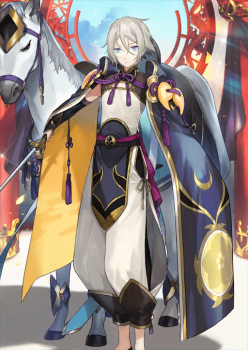 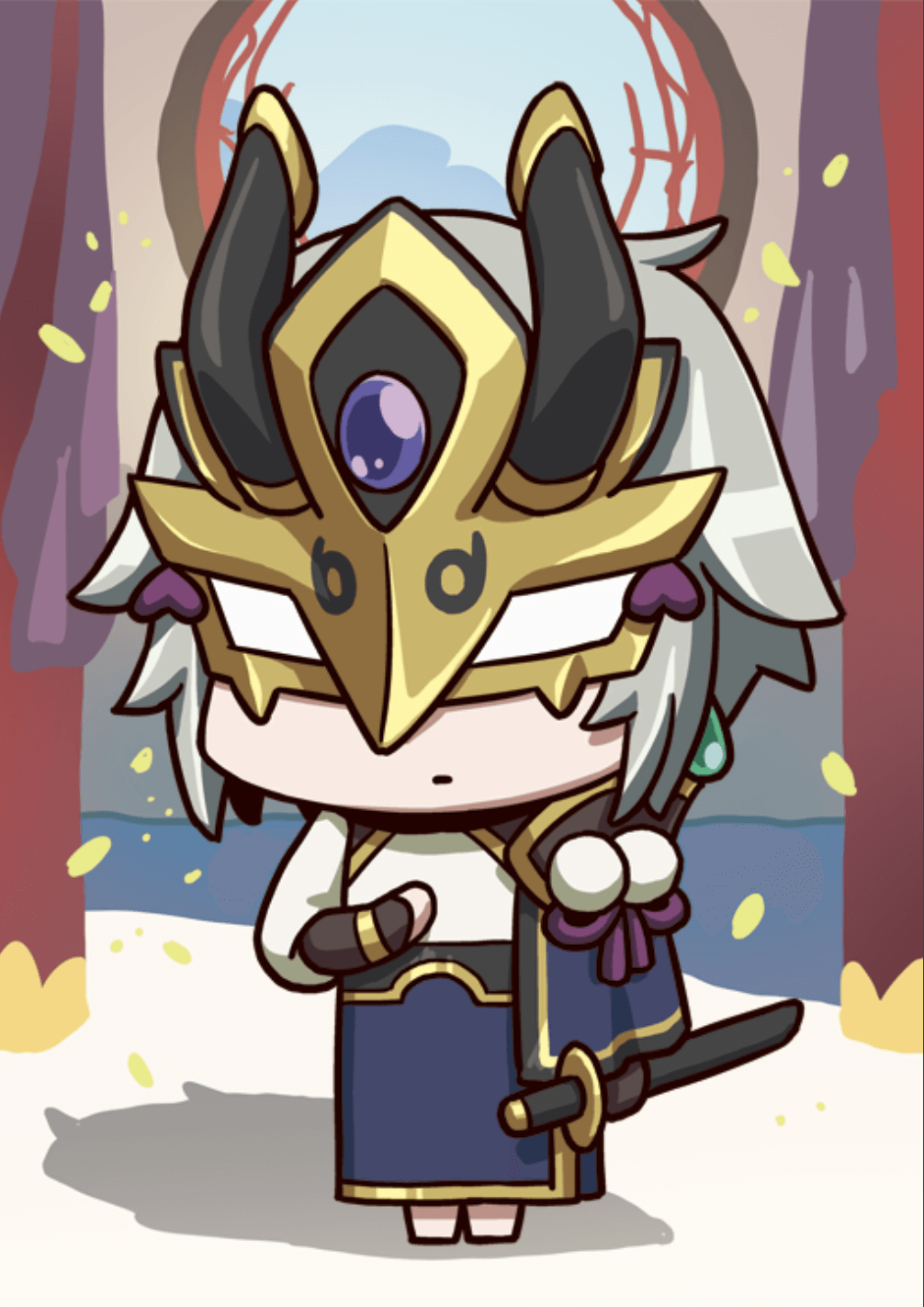 Mask of Concealing Beauty A

Apply Invincible to self (2 times, 3 turns).
Increase ATK for all allies (3 turns).

Prince of Lan Ling in Battle

My Mask, My Cup of Poisoned Alcohol​

When equipped on Lanling Wang,
Increase all allies' Arts Card effectiveness and NP Generation by 10% when he is on the field.

“I can't calm down without my mask. Other people's gazes are impolite, after all.”

The Prince of Lan Ling’s true name is Gao Changgong, a general famed for both his valor as well as his beauty. In fact, he is so beautiful that he is forced to wear a mask in order to not distract the soldiers with his looks. A generous and inspiring commander, the Prince of Lan Ling is an Arts-oriented Servant who specializes in boosting his allies’ offensive performance.

Everything within Lan Ling’s kit is built to support, but chief of all these is his third skill Demonic Visage, which grants Arts Performance Up as well as (chance-based) Critical Star Drop Rate Up and Critical Strength Up to the entire party; at max level, this skill has a 60% uptime, which is quite impressive. He also provides Attack Up buffs through his first skill Mask of Concealing Beauty and NP Prince of Lan Ling in Battle, each of which also comes with an extent of defensive benefit. The icing on the cake is his second skill, Great Vigor, which charges an ally’s NP gauge and increases their buff success rate, a welcome sight for Servants with skills such as Imperial Privilege.

A phenomenal Servant overall, there is not much to be said in terms of Lan Ling’s weaknesses. His lacking damage is expected of a support, and in practice it’s far outweighed by the offensive benefits he brings. In truth, the only real weakness Lan Ling has is his lack of long-term sustain and limited defensive options, though it can be argued that a majority of fights generally don’t last long enough for these to become an issue.

All told, Lan Ling’s worth as a Servant does live up to his reputation. While not quite on the level of Zhuge Liang, he is able to fill the damage support role very convincingly (especially in Arts teams), with a rare niche in the form of the buff success rate increase. Truly, the Emperor of Qi was a fool to have served poisonous wine to such a magnificent Servant!

Lan Ling’s damage supporting capabilities is by far his greatest boon, totaling at 20% Arts Up, 50% Attack Up, 50% Critical Strength Up with all his buffs active. Furthermore, all of these buffs are applied to the entire party, making him well-suited to farming compositions featuring multiple damage dealer Servants. Indeed, even without taking the Arts buff into account, his other buffs are so massive and have high enough uptime that he still performs very well even in other (Buster or Quick) critical-oriented compositions.

While 20% NP Charge is not particularly impressive, the targetable nature allows Lan Ling to help his allies with charging their NP, making him a good pick for switch-in NP looping compositions. Furthermore, the Buff Success Rate Up part of the skill, while seemingly niche at first, is far from situational as it can also be used to ensure that allies will gain Lan Ling’s Critical Strength and Critical Star Drop Rate buffs when applied to himself.

As a Servant whose performance relies mostly on skill usage, Lan Ling’s CE picks are very flexible, making him a good option to carry things such as event drop CEs, bond/QP bonus CEs or the like. When this is not necessary, his CEs can be used to enhance his supporting capability, benefiting the team in various unique ways.

While Lan Ling is himself quite tanky thanks to his first skill’s Invincibility, his defensive supporting capability is limited to his NP’s NP Drain, Critical Chance Down and (minor) Damage Cut, which are on their own often insufficient to protect the party from real threats. Nevertheless, these work wonderfully when used to complement another defensive support, who would cover the direct damage mitigation aspects (through either Defense Up or Invincibility/Evasion buffs) as well as sustain/healing in longer fights.

As a support, Lan Ling’s worth lies in his skills, and thus it’s highly recommended to try and get them to as high a level as possible. In particular, his second skill might need to be at max level to accommodate certain switch-in NP loop farming compositions, despite not being the top priority in terms of skill leveling.

As a support, Lan Ling is pretty flexible with his Craft Essence picks. From normal passive Star generation and NP Charge per Turn effects, to even Taunt and on-entry CEs, Lan Ling’s CE choice generally depends on which of his options would best suit the party composition’s overall strategy.