Community Posts with Keyword Rayquaza All 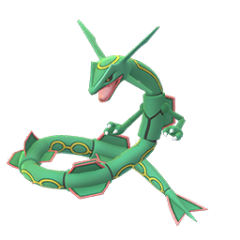 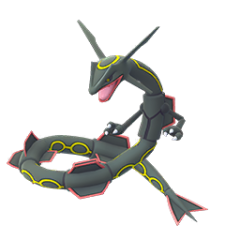 Rayquaza, the master of Kyogre and Groudon, has arrived. With its arrival, it assumed the place of best Dragon-type attacker and a top generalist attacker. It sat on that throne for quite some time, but has actually fallen from its place amid the stars in the face of powerful Shadows surpassing it. Still, all is not lost for Rayquaza, as it is still an outstanding overall counter, has a Mega Evolution on the horizon, and also has a Flying Type signature move named Dragon Ascent to look forward to.

Dragon Tail is slightly superior to Air Slash in terms of energy gain, but more importantly in the formats where Rayquaza can compete in, Dragon-type coverage is valuable against other Dragon Pokemon, as well as its relatively neutral coverage overall.

Outrage demands quite a lot of energy to use, but it's also the most powerful charge move available. Aerial Ace is recommended for its lesser energy cost, though it's not very powerful, even with STAB. Ancient Power offers very poor damage output, and the 10% chance to proc its self-buff is not reliable enough to justify its use.

Research Rayquaza can have a low enough CP to enter the Great League if rerolled via trade, but it really shouldn't be wasted for such things.

Rayquaza's huge attack stat doesn't do it any favors in any restricted-CP format, resulting in poor bulk compared to the rest of the meta. Its moveset is also quite slow, with average energy generation and moderately expensive charge moves, resulting in unimpressive shield pressure and damage output.

At this point, Rayquaza's huge attack is finally an asset rather than a hindrance. Unfortunately its slow moveset holds it back; its overall win rate against the meta would almost double if it could simply copy Dragonite's moveset. It should be noted that Rayquaza's defensive stats results in worse bulk than Dragonite, which makes it more risky to use and overall not worth it.