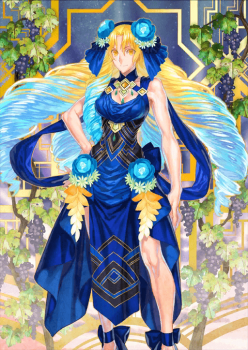 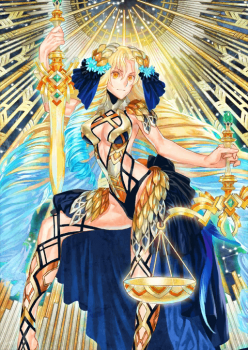 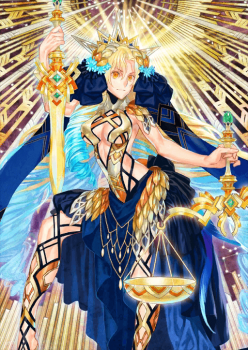 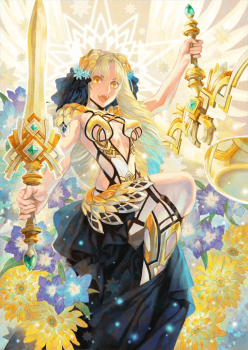 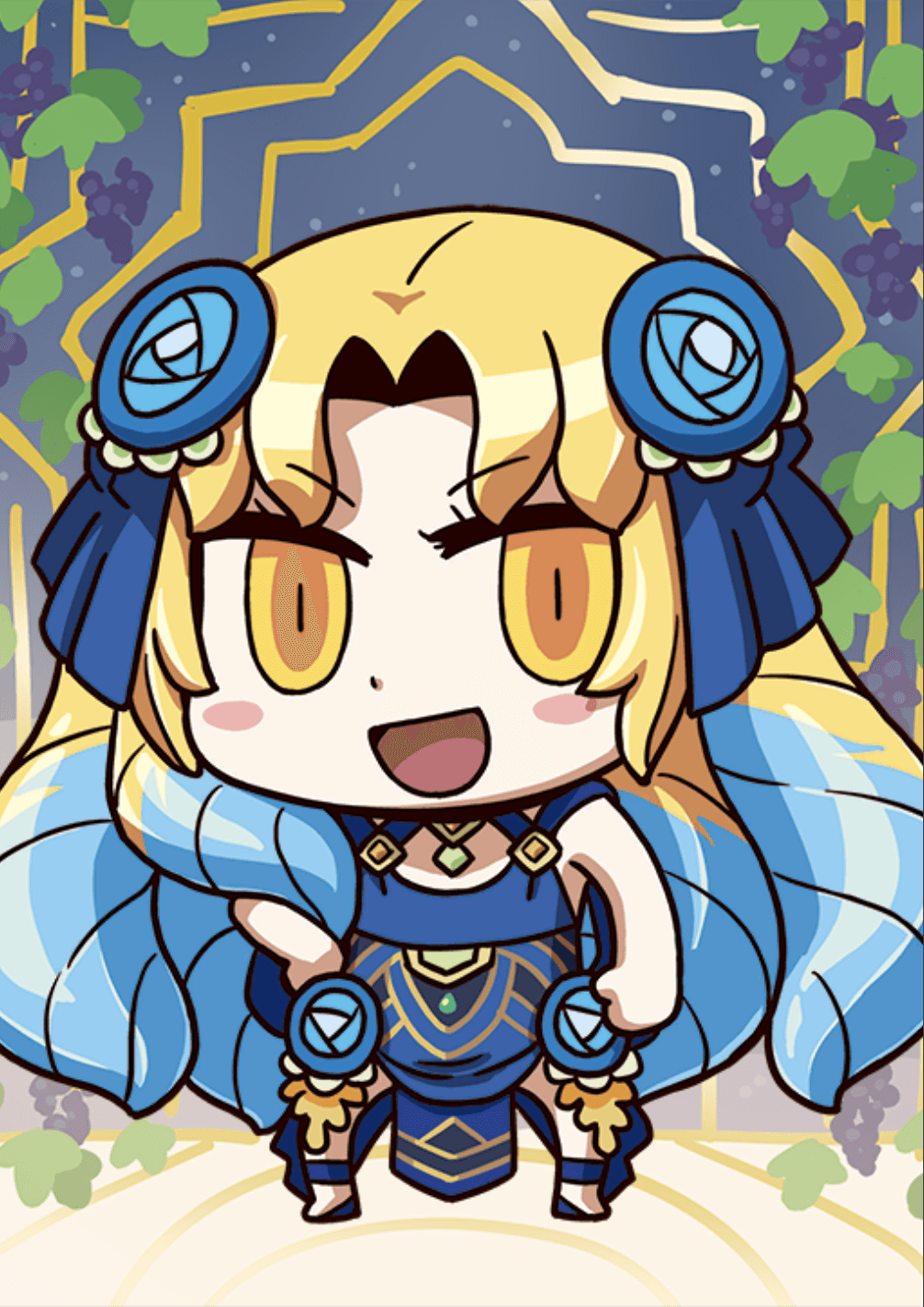 Blessing of the Scale A+

The Hour of Judgement is Now. Speak Thy Name

The Hour of Judgement is Now. Speak Thy Name

Scale of the Stars

When equipped on Astraea,
Increase all allies' Arts Card effectiveness by 10% and Critical Damage by 15% when she is on the field.

"I am the arbiter goddess. No matter who you are, when these scales tip, I must pass judgment!"

The eternally haughty Luvia Edelfelt appears as a Pseudo-Servant for Astraea, the Greek goddess of Justice. Astraea is both the first non-limited SR Ruler and the first Ruler with an offensive Arts NP. She excels in her role as a critical-focused Arts servant, sporting multiple sources of instant star generation, an excellent star gathering and critical damage skill, and Independent Action.

Astraea functions primarily as a selfish point Servant for Arts Critical teams, and in that role she needs relatively little help in order to operate at full strength. With her innate critical tools, her stacking NP steroids, and her common anti-trait NP bonus, Astraea’s damage potential is excellent. Additionally, she has good NP refund potential and a versatile targeted buff skill, along with the innate defensive advantage inherent to her Ruler class.

As a Ruler, however, Astraea will only rarely have offensive class advantage, which puts her at a disadvantage as a damage-dealer relative to Knight- and Cavalry-class Servants. She also has no way to withstand enemy NPs without help, as she has no evasion or invulnerability skill to carry her through a high-damage turn. While her Arts card NP gain is respectable relative to her deck and her Arts cards benefit from Territory Creation, her lackluster Quick and Buster cards mean her performance will drop significantly while her skills are on cooldown.

All in all, Astraea’s general lack of offensive class advantage means she is unlikely to be the best choice to bring to any given fight. She will, however, almost always be at least a good choice, and her self-sufficiency will make her particularly valuable for Masters without native access to the high-tier supports.

Astraea generates 20 stars each time she uses her NP and can make another 30 on-demand with the help of her Mana Burst (Star). With her short-cooldown star absorption skill thrown into the mix, she’ll have no trouble critting even without star support. With good damage boosts all-around, she’s among the most self-sufficient critical-based Servants in the game.

Astraea’s base NP gain is nothing exciting -- and her Quick card is quite weak -- but with her NP gain buff active and Territory Creation factored in, her Arts card NP gain becomes much more impressive. Her Mana Burst can push her NP gain even higher for a turn, and her easy access to crits helps to ensure she maximizes this NP gain potential. With favorable card draws, Astraea will have no trouble using her NP twice in succession, and proper support can enable sustained looping.

As a Ruler, Astraea takes half damage from most enemies. She also has a modest defense buff that will likely be active more turns than not, so while she has no self-healing or hard survivability, she shouldn’t have much trouble withstanding enemy cards.

While Astraea is primarily meant as a damage-dealer, her ability to produce 30 stars on-demand and to give a general-performance boost to an ally gives her potential to be used as an alternative to Mozart. In particular, the Chaldea Combat Uniform’s Order Change ability can allow Astraea to swap-in and provide a burst of support on an important turn.

While Astraea has an excellent damage-dealing kit, she hits most targets for neutral and as such will likely be outdamaged by Servants with class advantage. For Masters with well-developed Servant rosters, this will likely limit Astraea’s appeal.

Astraea withstands normal cards well, but her lack of an Evasion or Invincibility skill means she’s susceptible to enemy NPs without the help of supports. This is fairly easy to work around in most cases, but it stands out against what is otherwise a remarkably self-sufficient kit.

The lower hit-counts on Astraea’s Quick and Buster cards make them much less appealing than her Arts cards. Her in-kit buffs also skew in the direction of Arts, so Astraea’s performance is likely to dip somewhat if she doesn’t draw her Arts cards at the right time.

All three of Astraea’s skills are comparably useful, and she really wants all three to be leveled evenly. All three skills benefit significantly from reaching max level, as their relatively short cooldown timers mean Astraea has little downtime in her damage-dealing capability.

Astraea is mostly set as far as crit shenanigans go already, so she’ll benefit most from CEs that strengthen and enable her NP while her Mana Burst is on cooldown. Arts Performance Up is the simplest answer here, boosting her NP damage, Arts Criticals, and effective NP gain. NP Gain Up can be valuable if Masters want to prioritize using Astraea’s NP as frequently as possible. Lastly, NP Damage Up stacks multiplicatively with everything in Astraea’s kit, ensuring she’ll do maximum damage any time she uses her NP.

LB6 New Class (Spoiler Warning !)
Warning ! This video solo purpose is for your saint quarts management. aka skill…
Summer Wars 2021 - Battle III. - Let's have a Three... nevermind
Winner of Battle II. Round I.: Mysterious Alter Ego Λ Tournament Ladder R I. B III…
Embers and QP JP
I felt this was one of the best QoL updates for FGO. Especially as a long time NA…
Lb6 Oberon Reveal Spoiler
Summary FB_IMG_1627887138838464×960 26.6 KB Summary New Summonable Class? New…
Koyanskaya will never abandon you!
This thread dedicated for her lines. Hope you enjoy it! 1…
Read More