Community Posts with Keyword Carmilla All 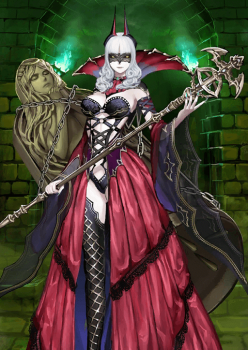 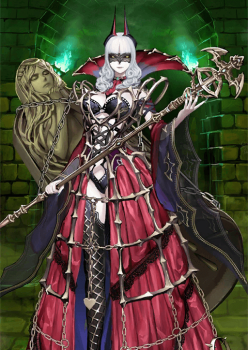 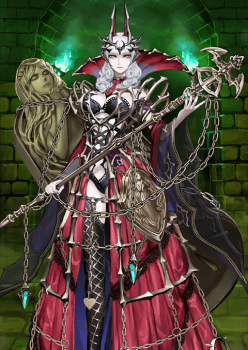 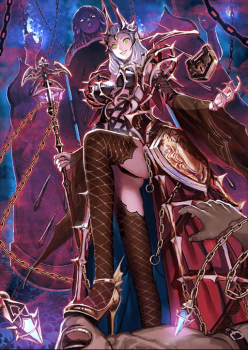 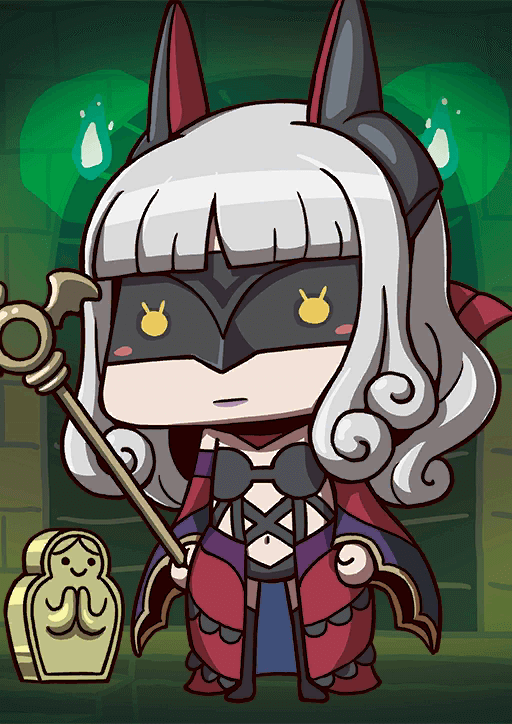 Bath of Fresh Blood A

When equipped on Carmilla,
Increase own NP Strength by 30%.
10% Chance to seal an enemy's NP (1 turn) when attacking.

Ever since the game’s launch, Carmilla has always been one of the more reliable 4-star Assassins. The main reason for this is her NP, which has a built-in ATK up and is extremely effective against female enemies. Thanks to Carmilla’s first skill as well as her good NP gain stats, she is able to spam it rather reliably, allowing her to deal considerable damage consistently, something further boosted by her second skill’s defense down. Her third skill provides additional critical stars for the team and applies a huge critical chance debuff to an enemy, which although situational, is useful against certain Rider enemies such as Dragons.

On the other hand, Carmilla has some limiting weaknesses. Her triple-Quick deck and the Assassin-class' 0.9x damage modifier means her damage can be lacking at times. It is also important to note that although using Carmilla’s NP heals her, she has no other defensive/sustain skills to speak of, which means she would have to rely on external support in that regard. Overall, Carmilla is an extremely versatile offensive Servant with reliable performance.

With good NP gain stats and the Vampirism skill, Carmilla is able to refill her NP gauge reliably. This allows her consistent access to her NP’s damage, ATK buff and heal, as well as the Buster first card bonus it provides.

Although Carmilla’s Quick cards only consist of 2 hits, having three of them means that she would be able to produce a passable amount of critical stars. While this doesn’t normally amount to much, when her third skill’s critical star generation effect is active, the amount she is able to produce is decent at the very least.

Carmilla’s NP drain and formidable critical chance debuff (up to 50%) make her a very versatile choice for difficult quests. The latter in particular essentially turns the critical chance rate of any enemy, including bosses, to zero (barring special cases such as heavily critical chance-buffed Spriggans). A lot of Rider bosses are also female, which means that her extra damage against female enemies often comes in handy.

Despite having a higher ATK stat than most other Assassins, Carmilla’s triple-Quick deck is unsuitable for damage dealing. In addition, she is also subject to the 0.9x damage modifier of her class. As a result, she has to rely on her NP which fortunately packs a real punch due to the ATK buff and anti-Female super-effective modifier.

Although Carmilla’s heal on NP makes up for her lower health pool, she has neither a defense up nor a hard survivability skill. This means that she can be rather fragile in stages with harder-hitting opponents, so bringing along defense-oriented allies may be beneficial when building a team with her.

All of Carmilla’s skills grant considerable leveling benefits; as such, her skill leveling priority often depends on the Master’s preference. The following section details the leveling considerations for each skill.

Vampirism C: There are three main benefits of leveling this skill, one of which is the increase in NP drain chance. At minimum level, the NP drain hits but 60% of the time, which may make it unreliable in boss fights. The second benefit is that improving this skill also increases Carmilla’s NP gauge boost. Finally, the lowered cooldown allows Carmilla to use the skill more often.

Bath of Fresh Blood A: Leveling this skill increases the amount of critical stars it generates as well as the magnitude of the critical chance debuff, though it has to be noted that even at minimum level, the critical chance debuff should be enough to neutralize most enemies’ critical hits. Overall, these benefits allow Carmilla to work better with her team, especially in harder quests. In addition, the cooldown reduction on this skill is particularly important against select bosses, as the extra uptime could mean the difference between life and death for a team.

The use of these CEs aims to maximize Carmilla’s NP damage. Thanks to her good NP gain, her NP can be used pretty often. In addition, the NP damage buff scales well against commonly found buffs, further increasing the usefulness of these CEs.

These CEs are to be used when Carmilla is acting as a secondary damage dealer. Their effects, combined with Carmilla’s natural star generation (mainly from the third skill), allows her to provide enough critical stars for the whole team.

But, nobody told me!
Nobody told me that this was a mistake!
That is why I have become this way! Ah, my True Name is...Elisabeth Báthory!

The essence of Elisabeth Báthory matured and a complete monster. The essence that controls Elisabeth's dark side. The charm that she possessed is gone, and the heartless life of chasing after blood is shown by her assumed name ... Carmilla.

After becoming Carmilla, she does not get along with Elisabeth at all, and their relationship is one where they try to kill each other.
This is because young Elisabeth refuses to become Carmilla, and Elisabeth is the intolerable symbol that covets innocence and glorifies adolescence, for Carmilla.

Vampirism: C
By bathing in blood, stamina is absorbed and restored.
It is her own rationale, but her skin has indeed gotten younger.
As the rank increases, the amount absorbed increases.

[Phantom Maiden]
Rank: C
NP Type: Anti-Personnel
The famous torture tool said to have been used by Carmilla.
...However, after many years of investigation, it is thought that this does not exist.

She will no doubt seek eternal youth from the Holy Grail.
Perhaps then, she might regain her figure as a truly calm governor.
...Though, all the victims along the way may be ignored.

Lostbelt No.4: Saṃsāra of Genesis and Terminus, Yugakshetra - The Final Dark God

Busti's Stall Diary Chapter #295 : 66 Nights of Bunny :fgo_buster:
Summer is coming, Wallet-kun is crying Enjoy Your Stay …
JOIN THE UMU INITIATIVE - ROME CALLING - 14M downloads campaign roll thread
14M downloads. Umu! That is most definetly an achievement worth celebrating and what…
Busti’s Stall Diary Chapter #294: Obligatory Morgan appre- acknowledgement Thread
Your Majesty herself, Queen Morgan. image600×849 203 KB You all know her, she requires…
Command Card Strengthening 4th Anniversary
With the upcoming anniversary we will get a new mechanic to enhance our favourite…
Fgo this year
Heyy guys. Its been a long times since I post anything here. Just wanna said that my…
Read More