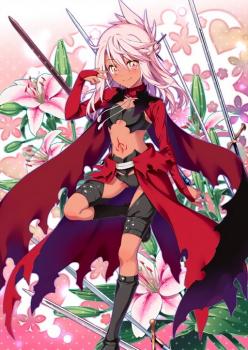 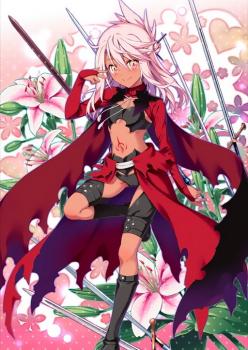 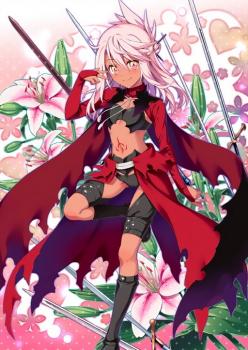 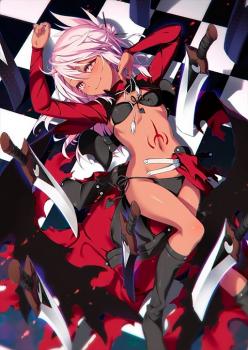 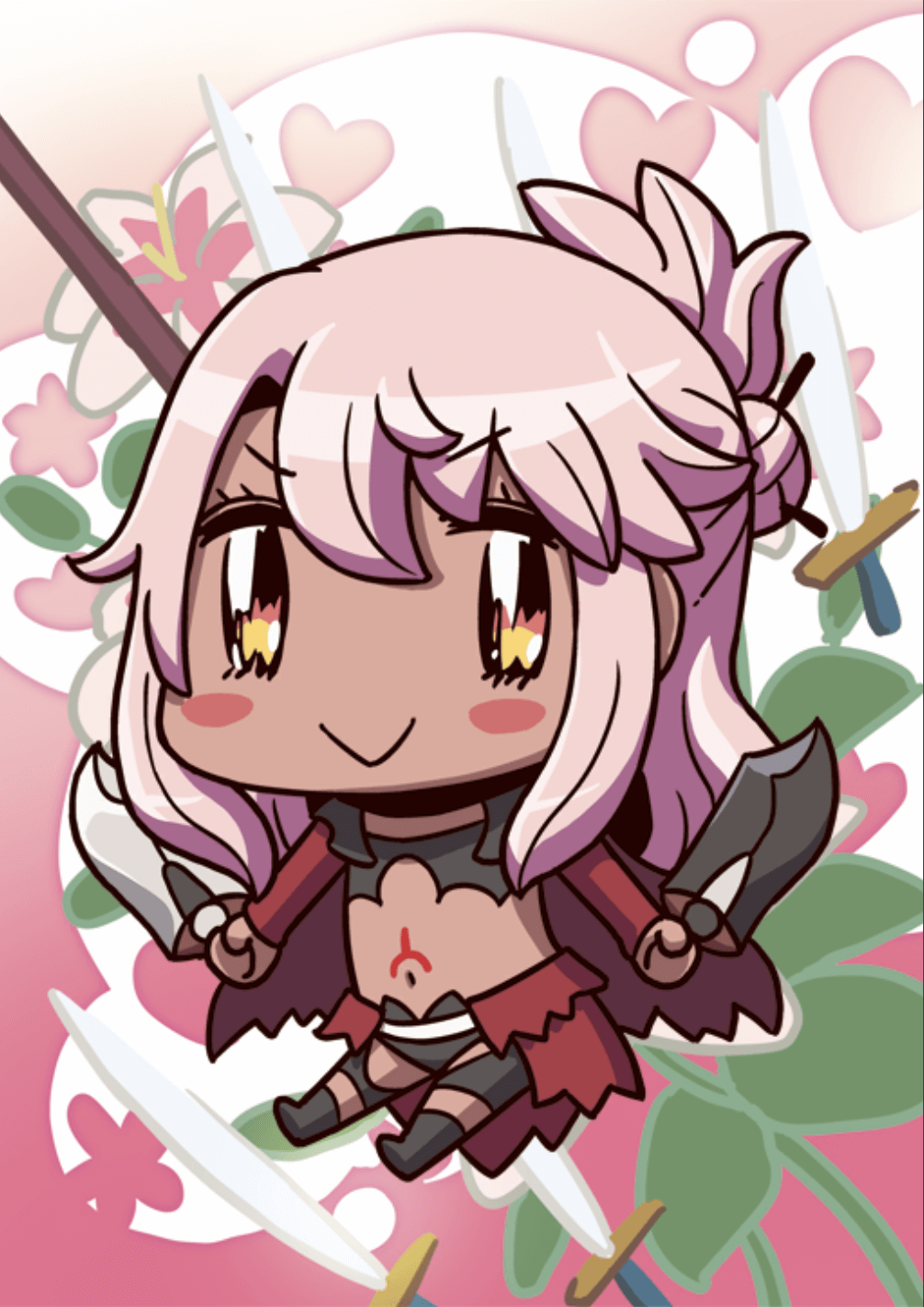 When equipped on Chloe von Einzbern,
Increases party's Critical Strength by 30%,
Decrease party's HP by 200 each turn while she is on the field.

Borrowing the form of a certain nameless ally of justice, Chloe von Einzbern (more commonly known as Kuro) joins Chaldea as one of the best welfare Servants in the game. As an easily accessible NP5 ST Arts Archer, Kuro can devastate enemies with her easily charged and high damage NP. Not only does her Kissing Freak give her up to 50% NP charge on demand, it also massively increases her star generation.  She can then use these stars to deal critical hits. Furthermore, Kuro sports a good affinity for these critical hits due to her Archer Class and access to a separate critical damage-boosting skill tied to her dodge. Coupled with her Projection Magic, which boosts the performance of all of her command cards, Kuro turns into an NP-spamming, high damage, critical monster. A monster that is able to use her crits to deal damage while charging her NP at the same time (if her 6-Hit Arts cards manage to crit).

However, the majority of Kuro’s NP uptime comes from her Kissing Freak and her 6-Hit Arts cards. If Kissing Freak is on cooldown and she can’t draw her Arts cards, she may have trouble generating NP. Nevertheless, Kuro’s monstrous NP damage, NP uptime, critical niche, and the fact that she’s a welfare Servant means she is very much welcome in Chaldea.

Boasting both 6-Hit Arts cards as well as an on-demand 50% NP charge via Kissing Freak, Kuro cements herself as an NP spamming monster. Kuro can more often than not fire back-to-back NPs with an NP-A-A Arts Chain with crits, especially if she’s supported by an Arts team. Finally, as Kuro is a welfare Servant, she can easily be brought to NP5, removing the upper limit on her NP damage.

In addition to her class affinity for critical hits (above average star weight and Independent Action of Archers), Kuro has access to bonus crit damage via Eye of the Mind (False), as well as increased star generation via Kissing Freak. All in all, despite not being having explicit critical-damage skills, these enable her to be semi-self sufficient with her crits.

Though Kuro has a lower base HP stat for her rarity, she comes with a one-turn dodge which helps her survivability, allowing her to survive longer to deal more damage.

The majority of Kuro’s NP Gain is tied to the 6 Hits on her Arts cards as opposed to balancing  them with her Quick cards. As such, chains using none of her Arts cards can’t generate the NP she needs fast enough. Thus, there will be times where Kuro will be unable to draw enough of her Arts cards, making her unable to charge her NP in time.

Reliance on Kissing Freak for NP Uptime and Star Generation

In relation to the previous weakness, Kuro does have a solution. Her third skill, Kissing Freak, which gives an instant charge to her NP gauge and star generation. However, this makes her very reliant on Kissing Freak, which because of the 6-turn cooldown, may make for unlucky turns where Kuro can’t generate NP or stars at all.