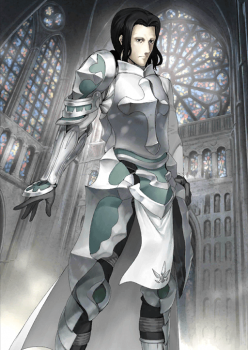 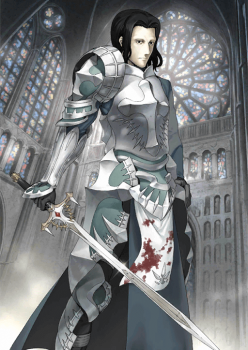 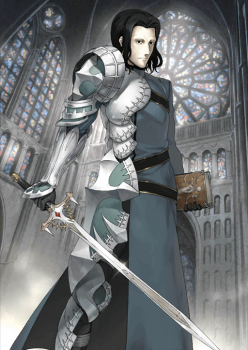 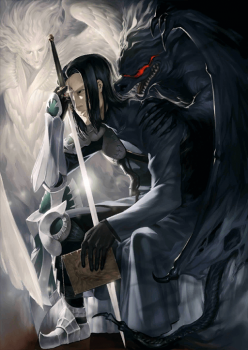 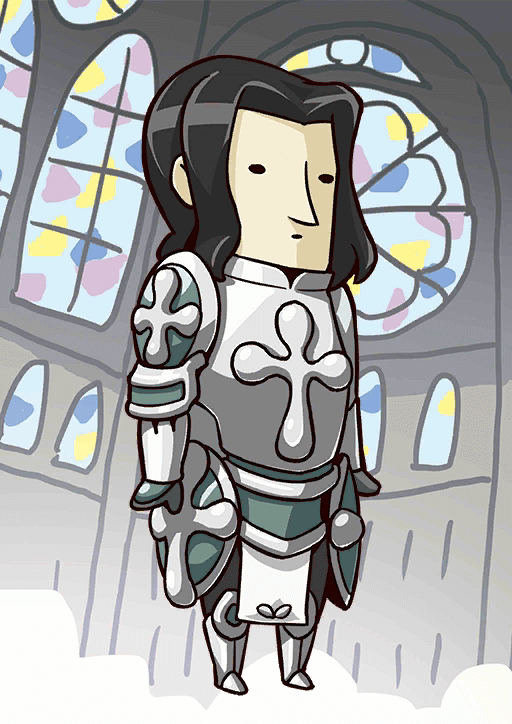 Crit Stars Up Self DEF Down [Demerit]

Rally Thy War Cries Under the Holy Flag

When equipped to Gilles de Rais (Saber) only,
Increase Buster Card effectiveness of all allies by 20% but decrease Debuff Resist by 20% [Demerit] while on the field.

Gilles Saber is actually not a boring Servant at all. He is someone that players who like to play around and try out new things would appreciate since he is quite unique in how he should be deployed. Nonetheless, it takes too much effort and support to make him work, and there are many other straightforward and better Sabers to pick from than going for Gilles, hence his low placement and poor reputation. His biggest weak points are lack of a damaging NP, a skill set that does not work well at all together and low base attack despite his supposed role as a damage dealer.

Until he gets his 3rd skill - Prelati's Encouragement, Gilles is quite bad. While he himself isn't particularly useful, but his skills are somewhat salvageable and if players like him enough, then leveling his skills is somewhat acceptable.

While Prelati's Encouragement isn't entirely a saving grace for him, it at least gives him some form of damage when combined with Mad Enhancement by using a Buster card. Hence it should be leveled first.

Of his two other skills, Golden Rule doesn't offer much since Gilles isn't reliant on his Noble Phantasm, while Tactics is a pure team support skill since he himself does no damage with his NP. Leveling either is fine, as it won't change much at all in the grand scheme of things. But if players want some value, go with Tactics since he can at least slightly improve teammates' NP damage.

French nobleman and soldier. Vaunted as a hero for taking Orleans along with the holy maiden Jeanne d'Arc in the Hundred Year War, he is uptight yet valorous.
For his acts he was given the title of marshal, the highest honor for any soldier.

Gilles de Rais loved art, and with his vast fortune, is said to have bought a variety of unique pieces.
He used what seemed like an infinite fortune in the blink of an eye.
He was given the name Bluebeard in due time.

The holy maiden Jeanne d'Arc was everything to Gilles de Rais.
She was his one and only salvation from a corrupt reality, as well as proof that God existed.

Reality is bitter. The time to fall to the shadows has come.

The past will never change. No matter his honors in the military, it does not change the fact that he is a serial killer.
However, even then, he still eternally seeks redemption.

Clear "Sword of the Saint"

In most Holy Grail Wars, Gilles is summoned as a Caster, not a Saber.
This is probably because the infamy of Bluebeard is more pronounced in the world.