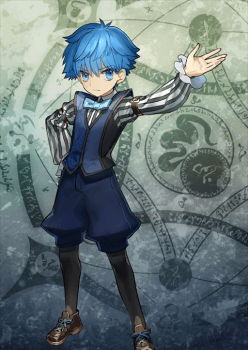 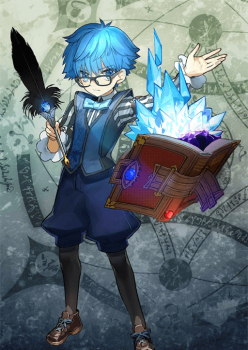 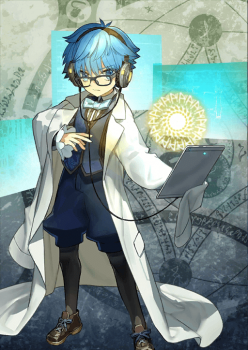 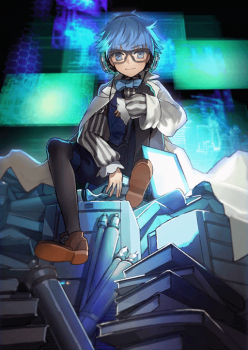 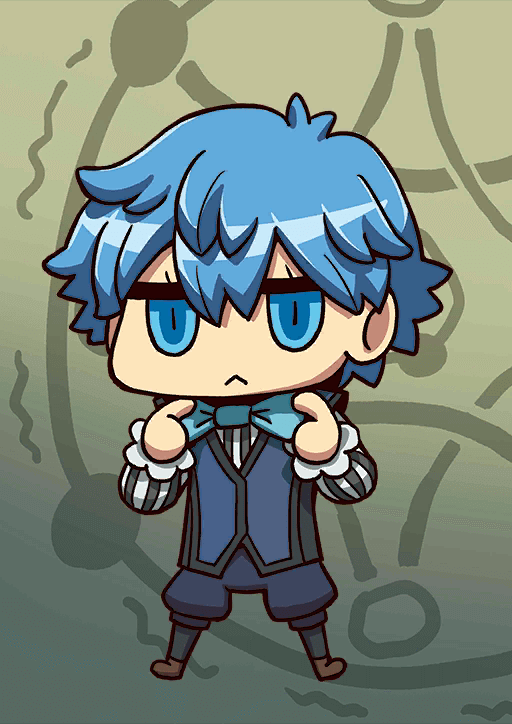 A Story Just For You

A Story Just For You

To My Dear Friend

When equipped to Hans Christian Andersen only,
Increase Debuff Resist of all allies by 30% while on the field.

“Of course I have no combat capabilities. I am, at my core, completely useless.”

The foul-mouthed author of the Little Mermaid may be a fan-favorite in terms of personality, but his stellar in-game performance earns him just as many fans. Bringing a plethora of powerful team support abilities, Andersen is a high-value Arts Servant who can fit in numerous setups and vastly improve the performance of the team well beyond what his rarity would suggest.

Andersen’s universal buffs perform well for any team, as his Noble Phantasm Märchen Meines Lebens provides three fundamental buffs that every Servant appreciates: Attack Up, Defense Up and Healing per Turn, as well as Critical Star Generation post-Interlude. However, he fits particularly well in Critical-based and Arts-based team compositions. With Human Observation providing a party-wide Critical Damage buff with excellent uptime, and Innocent Monster granting passive Star Generation, Hans can serve as a pivot for most Critical Damage Dealers to function seamlessly. After his rank up quest, his third skill additionally grants up to 10% NP Gauge per turn for 3 turns, totaling 30% NP Gauge for an ally, which can help facilitate an ally's Noble Phantasm for either damage, stalling, or support purposes.

Meanwhile, Rapid Casting ensures NP is highly accessible. With a triple Arts deck, an Arts Noble Phantasm and fantastic NP generation rate, Hans can also bring much-needed consistency, sustain and prominent NP spamming potential to any Arts teams. Even better, after his future Rank Up, Andersen’s Innocent Monster loses its Defense demerit and gains a powerful targetable NP generation per turn buff that truly cements his place as one of the best Supports in the game.

However, Andersen does have some apparent flaws that can hurt his usability. For one, his survivability is quite mediocre. His low rarity stats and the self-inflicted Defense debuff from Innocent Monster make him extremely frail if the Defense buff on his Noble Phantasm fails to trigger. Furthermore, his offensive potential is almost nonexistent, owing to his poor Attack stat and non-damaging Noble Phantasm. Last but not least, aside from the healing, each component of his Noble Phantasm has a chance to fail to trigger, meaning in some crucial situations Masters won’t receive the full benefits of his NP.

Overall, it cannot be denied that Andersen is a highly useful Servant, even with his flaws. His sheer versatility and competency are particularly amazing in many high difficulty situations, which warrants him a slot in any Masters’ rosters.

This is particularly potent in Arts-based team, as using multiple Noble Phantasms during a turn occurs more frequently, and partly explains why Andersen is valued so highly in Arts-based set-ups. Do note that some Servants have even more valuable Overcharge effects, such as Tamamo no Mae, so it is up to the discretion of Masters to pick the right chain.

Masters can also raise Overcharge levels through Craft Essences such as Demonic Boddhisattva (albeit one time only) or Thomas Edison’s Concept Improvement skill, although these options are considerably more niche.

Andersen can serve as a multifunctional enabler for Critical Damage Dealers, bringing three highly desirable buffs to Critical-Based Teams: Critical Damage, Critical Star Generation and Passive Star Generation. All of his buffs also have fantastic uptime, with Innocent Monster and Human Observation only having 2 turns of downtime.

With a whopping 1.66% NP gen per hit in a triple Arts deck, a two hit Quick card, and a three hit Extra card, Andersen’s base NP generation is already fantastic. In addition, due to such a high NP generation per hit, starting any chain with an Arts card will improve that NP generation even more.. His performance is further improved by his Rapid Casting skill, providing an outstanding 75% NP charge instantly on a 6 turn cooldown when maxed. Using his Noble Phantasm repeatedly should not be a problem for Andersen, and with his Noble Phantasm being Arts as well, he acts as an excellent facilitator in Arts-based teams. Finally, after his Rank Up, Andersen even gains access to another way to boost NP gauges .

Most of Andersen’s team support effects are characterized by excellent uptime. Be it from his skills or his Noble Phantasm, they all last for 3 turns. Furthermore, with how easy it is for him to use his Noble Phantasm continuously, the buffs his NP grants can often be stacked, especially in Arts teams. With his Rank Up 3rd skill upgrade, he additionally enhances this stability by providing additional NP Gauge regeneration to a single ally. All in all, long fights are where Andersen can shine the most.

Due to his low HP pool and the Defense demerit from his Innocent Monster skill, Andersen can be quite fragile under certain situations. After all, the sharp-tongued author has no hard survivability tools to avoid powerful Noble Phantasms or Critical Hits from bosses. The Defense buff and Healing over Time component on his Noble Phantasm do alleviate this issue somewhat, especially considering the spammable nature of his Noble Phantasm, but the defense buff can fail to trigger at a key moment. Generally Hans prefers access to some additional protection from other allies.

It is worth noting that after a future Rank Up, Innocent Monster no longer inflicts the Defense demerit. However, until then, Masters should time his Innocent Monster skill carefully to avoid a situation where he might get one-shot from a stray critical hit or focus fire.

With a fully supportive skillset, non-damaging Noble Phantasm and poor base Attack, it is not a surprise that Andersen’s damage output is incredibly weak, even against Assassin or Berserker enemies. It is highly preferable that his cards only be used to facilitate Arts chains for the team to avoid losing too much damage.

All of Andersen’s skills should be leveled, as they scale extremely well per level, provide excellent support, are cheap, and benefit immensely from a lower cooldown. It is worth noting that after his Rank Up, his Innocent Monster skill will gain a significant upgrade, which pushes its value to rival his two other skills in term of priority.

Andersen’s Craft Essence choices should focus on improving either his support capacity or survivability. As his cards are used solely to facilitate chains, he heavily benefits from passive generation stats, namely Passive NP Generation / Passive Star Generation. To immediately kick start his Noble Phantasm, Masters can also go for Starting NP Gauge, but past the first Noble Phantasm, these Craft Essences are essentially wasted and are not recommended for long battles. Craft Essences that grant him protection in the form of Invulnerability or possess high HP stats, are also strong options to help him stay on the field for longer. Last but not least, Healing Received / Healing Power are non-conventional choices that can help the team sustain better when used in conjunction with his Noble Phantasm.

One of the world's great three fairy tale authors.
"The Little Mermaid" and "The Little Match Girl" were known throughout the world.
Born in 1805, he died in 1875 from liver cancer.
He's known as one of the great three authors now, but during his life he suffered constant setbacks with frustrations and failure.

Height/Weight: 146cm, 39kg
Origin: History
Region: Denmark
Alignment: Lawful-Balanced
Gender: Male
"I know a fad when I see one!
At any rate, it's an easy way to finish a manuscript!"

He is a pessimistic, gloomy poet.
Because he hated his adult life, he takes the form of his younger self when he is summoned as a Servant.
"That's because I had the most talent when I was a kid!"
At least that's what he would desperately try to say.

Innocent Monster: D
Regardless of one's will or appearance, one will be represented as a distortion of the truth based on their reputation instead.
In Andersen's case, this takes the form of "Curses of the Readers."
His many readers believe him to be cold-blooded and heartless after reading one of his many tales.
As a result, he has the same wounds that the main characters in his stories have.

Human Observation: A
A skill which allows understanding through observing people.
It's not just normal observation. He can deduce the lifestyles of people he doesn't even know the name of, including their life histories and likes/dislikes.
This skill also requires unparalleled ability to memorize everything.
Andersen is knkown to be a pessimist, not because he rejects everything, but because he understands everything.
He may be only capable of telling stories, but that's why, more than anyone, there's sincerity in his tales.

[Märchen Meines Lebens]
Rank: C
NP Type: Anti-Personnel
A Story Just For You.
A manuscript of Andersen's autobiography, "The True Story of My Life."
By writing an observed target's ideal way of living and being into a book, he can enhance the observed target into their "Ideal Self."
That is, if he ever finishes the book.

He remained single throughout his life even after his fame.
According to one theory, there was an individual he grew fond of, but due to his pride and a complex about his own appearance, he was never able to act on those feelings.
He died at 70 from liver cancer.
It is said he died holding a letter from his first love that he always kept with him.