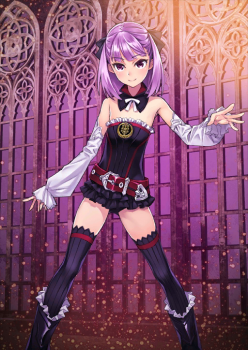 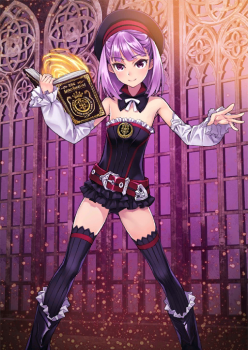 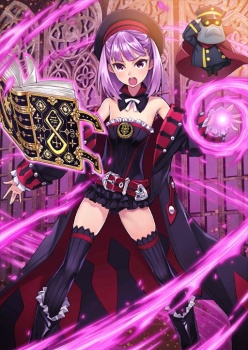 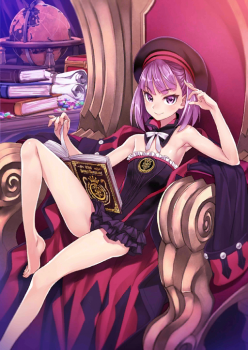 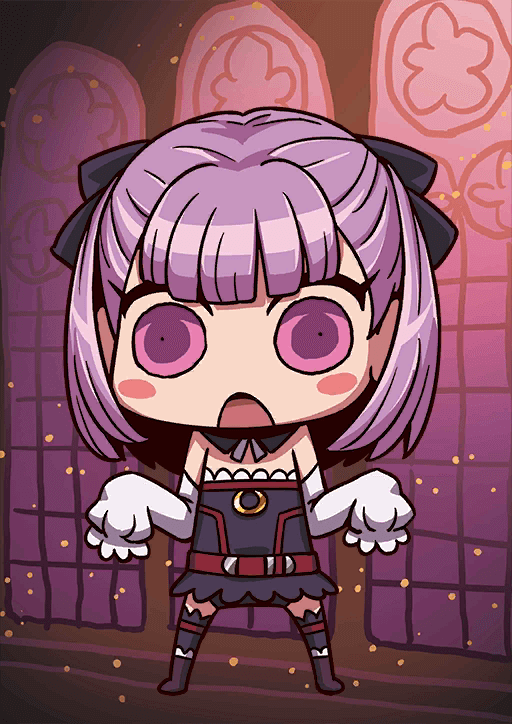 Search for the Unknown B

When equipped on Helena Blavatsky,
Increase Party's Attack Damage against Assassins by 20% while she's on the field.

“My purpose in life is to search for the truth! Come, let’s go!"

If Hans could be seen as a budget Merlin, then this practitioner of the occult would be best defined as the foremost budget Waver. Featuring highly valuable support effects but with colossal cooldowns, Helena is an Arts-based Support hybrid with a potent AoE Arts NP.

Helena offers a variety of rare, medium-strength support tools that are especially ideal for any farming team. Her Search for the Unknown offers a boost to the performance of all card types for the team, while Mana Tuning charges the NP gauge of the entire team by up to 20%. In addition, Mahatma provides a small sum of critical stars per turn to the team, but also packs a large chance-based NP Damage steroid. Combined with her NP Upgrade after her Interlude, Helena is capable of unleashing AoE NP damage rivaling that of higher rarity Caster Servants, with Sanat Kumara itself plastering a few more effective debuffs unto the enemy.

Unfortunately, while the effects of all of Helena’s skills are very good, they are limited by their absurdly long cooldowns, making her not as effective as competing supports for encounters that last longer than a few turns. Furthermore, her longevity is hamstrung by her otherwise mediocre NP gain on her Arts and Extra cards - although her Quick card is very impressive. Lastly, apart from a minor Critical Chance Down debuff on her NP, Helena has no way whatsoever to boost her survivability either.

Ultimately, Helena is rather unsuited for long combat encounters. Still, her ability to both support any team with NP charging and all-purpose card performance, and use an offensive and powerful upgraded NP of her own, makes her invaluable for any farming Master. After all, long cooldowns are meaningless if the quest is cleared before they ever become relevant.

Helena is capable of providing card buffs of every variety to every ally on her team for 3 turns. Card Performance buffs boost every facet of a card type if applicable - NP Generation, Critical Star Generation, and damage. Her NP also packs a minor Overcharge-scaling Defense Down, which makes it a decent starter or finisher to any NP chain, while her small stars per turn gain from Mahatma and excellent Quick card can provide a small chunk of extra stars to the team.

Helena provides an up to 20% team NP gauge charge to prop up the team’s NPs, which greatly reduces a Master’s dependency on rolling or fielding copies of high value NP gauge CEs like Kaleidoscope. In addition, she boasts great synergy with the Order Change ability from the Chaldea Combat Uniform, as she can swap in or out to charge the NP gauges of her allies while also boosting their card performance.

With her comparatively high attack for a 4* Caster, 10% Territory Creation passive, post-Interlude NP Upgrade, and both her 20% Arts boost buff from Search for the Unknown as well as the 50% NP Damage Up buff from Mahatma, Helena ranks among the top AoE Noble Phantasms for her rarity. Adding on to that, the Overcharge scaling on her NP’s debuffs is strikingly good, with all three effects scaling well with Overcharge. Unfortunately, Mahatma’s NP Damage buff is still chance-based, albeit at a relatively decent 60-80% trigger chance.

Helena’s skills may be very powerful and useful, but they have very long cooldowns to compensate, with all of them lagging 2 turns behind similar skills from other supports. While this does not immediately impact her performance in shorter battles, for more drawn-out fights having these longer cooldowns severely hampers her supportive ability.

While Helena’s NP gain is by no means bad, it is sub-standard compared to fellow Caster peers. Her good Territory Creation, triple Arts deck, and Arts-boosting support skill compensate for this somewhat, however she still works from a weaker baseline while her skills aren’t up.

With no direct survival skills and just a small (but scaling) critical chance down on her NP, Helena will fall quickly without external support in high difficulty combat. In addition, her support potential is mostly focused on offense, which can further limit her usage during threatening encounters.

Helena packs some great skills, but besides Mana Tuning they scale rather poorly. Even the standard level-based cooldown reduction is relatively weak, as a reduction from 9 to 7 is much less noticeable than going down from 7 to 5 turns. Still, farming teams often rely on bringing together just the right amount of performance-boosting such that Helena would still ideally level all her skills in the long run.

Helena’s kit is rather flexible when it comes to CE selection. Naturally, if she is to be used for her NP during farming, Starting NP Gauge CEs are extremely potent, as Helena often carries enough damage by herself to hit certain damage benchmarks. Arts Performance Up CEs work very well too, given that Helena actually has an offensive Arts NP as a support. Meanwhile, NP Gain CEs stack multiplicatively with her own Arts boosts and helps to spam her NP more often. Finally, for long-term offensive support, Passive Critical Stars per Turn is a very powerful effect.