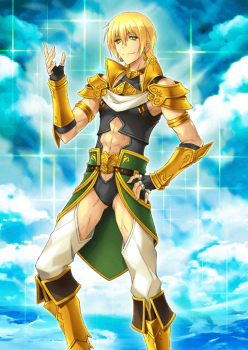 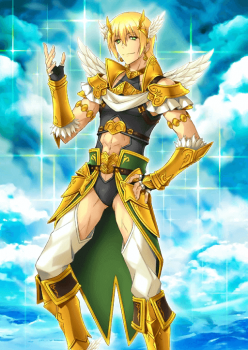 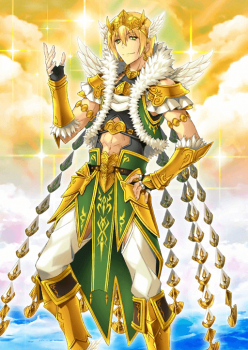 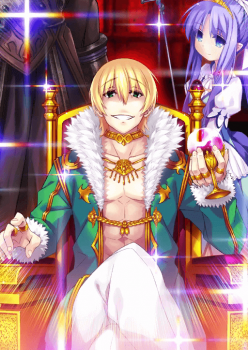 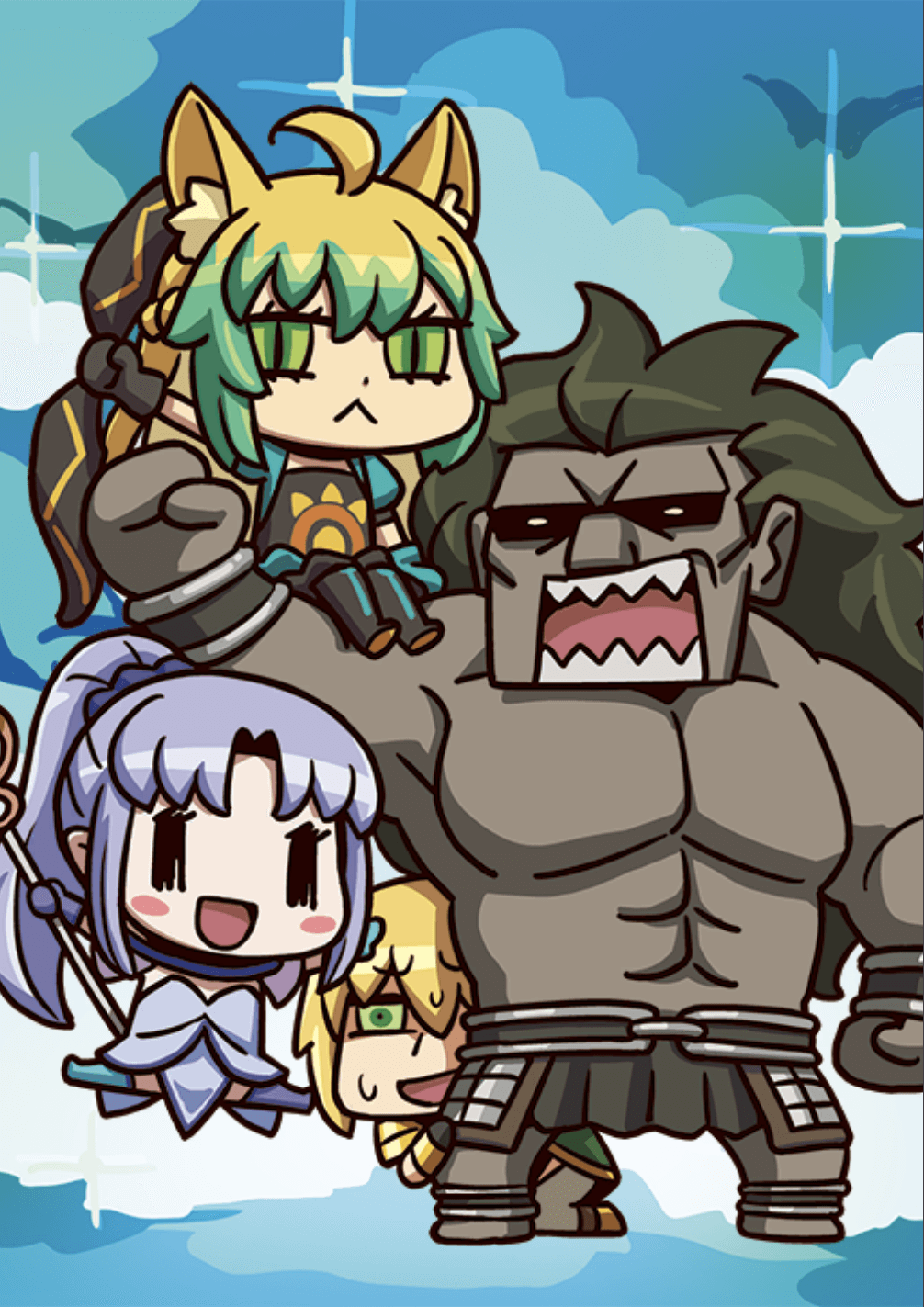 Recover HP for one ally.
Remove one Debuff from one ally.

Inspiration at Death's Door A

Conquering the Sea with Friends B++

Dazzling Ship that Rends the Heavens

Deals damage to all enemies.
Apply to self: Gain 20 Critical Stars each turn (3 turns).

Dazzling Ship that Rends the Heavens

At the End of the Dream

When equipped on Jason,
Increase all allies' Arts Card effectiveness by 15% he is on the field.

The notorious leader of the Argonauts, Jason, is the Saber in the fourth anniversary bronze Servant batch. He is a joke Servant in many ways, and several of his animations involve the other Argonauts literally throwing Jason at the enemy. His skillset, too, is more joke than practical, mostly consisting of weak support and utility effects, but Jason does have some actual value when supporting Argonauts specifically, and Masters who like him can find ways to make use of him.

Conquering the Sea with Friends is the centerpiece of Jason’s kit, allowing him to support Argonaut allies. Even with this skill in effect, Jason’s supportive value is not especially high, but given his low cost, he can still be valuable in these contexts. Inspiration at Death's Door is also a generally-useful supportive tool, as targeted Evade and Star Gather Up buffs are both relatively rare. Once Altria Caster releases, Jason can also loop his AoE Arts Noble Phantasm,  Astrápste Argo , as well, although the conditions for doing so are tight and his damage is low. AoE Arts Sabers who can loop their Noble Phantasms are rare, however, so despite his limitations, Jason has some value in this role.

While Jason’s supportive tools are decent when supporting Argonauts, they are rather lacking outside of those contexts. All of his supportive effects are weak or limited in use in various ways, which limits his appeal as a cheap supportive Servant. Furthermore, Argonauts make up a relatively small pool of Servants, and not all of them benefit much from Jason’s Argonaut buffs, meaning his ideal support case is pretty rare. Jason also has very low damage output, which can be a problem in situations where Jason needs to contribute damage, or, eventually, when trying to clear content by looping his Noble Phantasm.

Jason is, seemingly by design, a deeply flawed Servant. Despite those flaws, though, he has clear cases where he’s worth bringing. Furthermore, AoE Arts Sabers are surprisingly rare, and Jason is valuable if only for his accessibility. Despite his weaknesses, Jason has a defined role and serves in that role well enough, making him a worthwhile investment for Masters looking for a new Servant to raise.

When supporting Argonauts, Jason brings NP charge, critical attack enabling tools, some defense, and some damage boosts. Servants like Heracles, who have the potential for powerful critical attacks but have difficulty accessing that power, can benefit from Jason’s supportive abilities. Additionally, as Jason is a 1* Servant, he adds little to team cost and is likely to die quickly, so the opportunity cost of bringing Jason is low.

Jason has just enough NP gain on his Noble Phantasm that he can loop with the help of Altria Caster. The conditions for doing so are tight, and he may struggle to kill enemies even when properly enabled, but he can be useful for farming certain Lancer-centric enemy setups as a result.

Each of Jason’s support effects is weakened in at least one way relative to typical effects of their type. The Desired Argon Coin only removes one debuff, rather than all debuffs. Both effects on Inspiration at Death's Door only last for a turn, and the Evade buff also only lasts for one hit. Conquering the Sea with Friends is, of course, limited primarily to Argonaut Servants. Together, this means Jason’s support functionality is somewhat disappointing in practice.

Argonauts represent a fairly small pool of Servants, and few of the Argonauts fully benefit from all of the support Jason brings. Jason needs to be supporting Argonauts in order for his supportive value to be reasonably powerful, but that necessarily limits his use cases to a small handful of teams.

Due in part to his supportive lean, Jason’s damage output is very low. This is not a problem when using Jason supportively, but it can interfere with his ability to farm or clear content as a damage-dealer.

Conquering the Sea with Friends is central to Jason’s ability to support Argonauts, and the NP charge effect scales with level, so this skill should be leveled first. Inspiration at Death's Door’s star gather effect scales with level, and the skill needs to reach high levels in order to let Berserkers consistently gain access to critical attacks, so it should be leveled second. The Desired Argon Coin gains the least from levels and can be saved for last. For Masters who plan to use Jason primarily in a supportive capacity, it is worth taking all three skills to max level in order to gain the full benefit of Jason’s support. For Masters who plan to use Jason primarily for his AoE Arts Noble Phantasm, Conquering the Sea with Friends should still be taken to max level in order to maximize Jason’s damage, but the other skills can be left at lower levels.

Target Focus Craft Essences are great for Jason, as they let him take a hit for his allies and potentially die off quickly to make way for another support Servant. Passive Star Generation and Critical Star Gain Craft Essences can also be useful to support allies’ critical attacks. When Jason is used as a damage-dealer, NP Damage Up and Arts Performance Up Craft Essences are useful for increasing his damage.