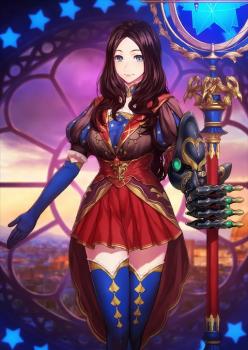 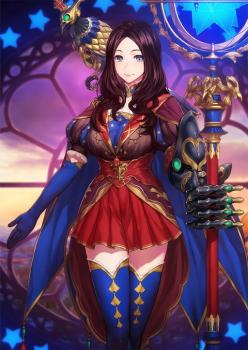 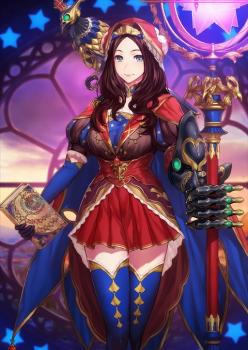 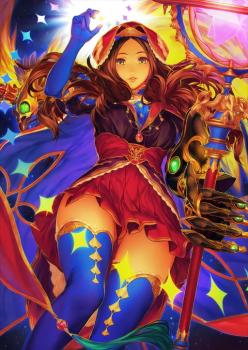 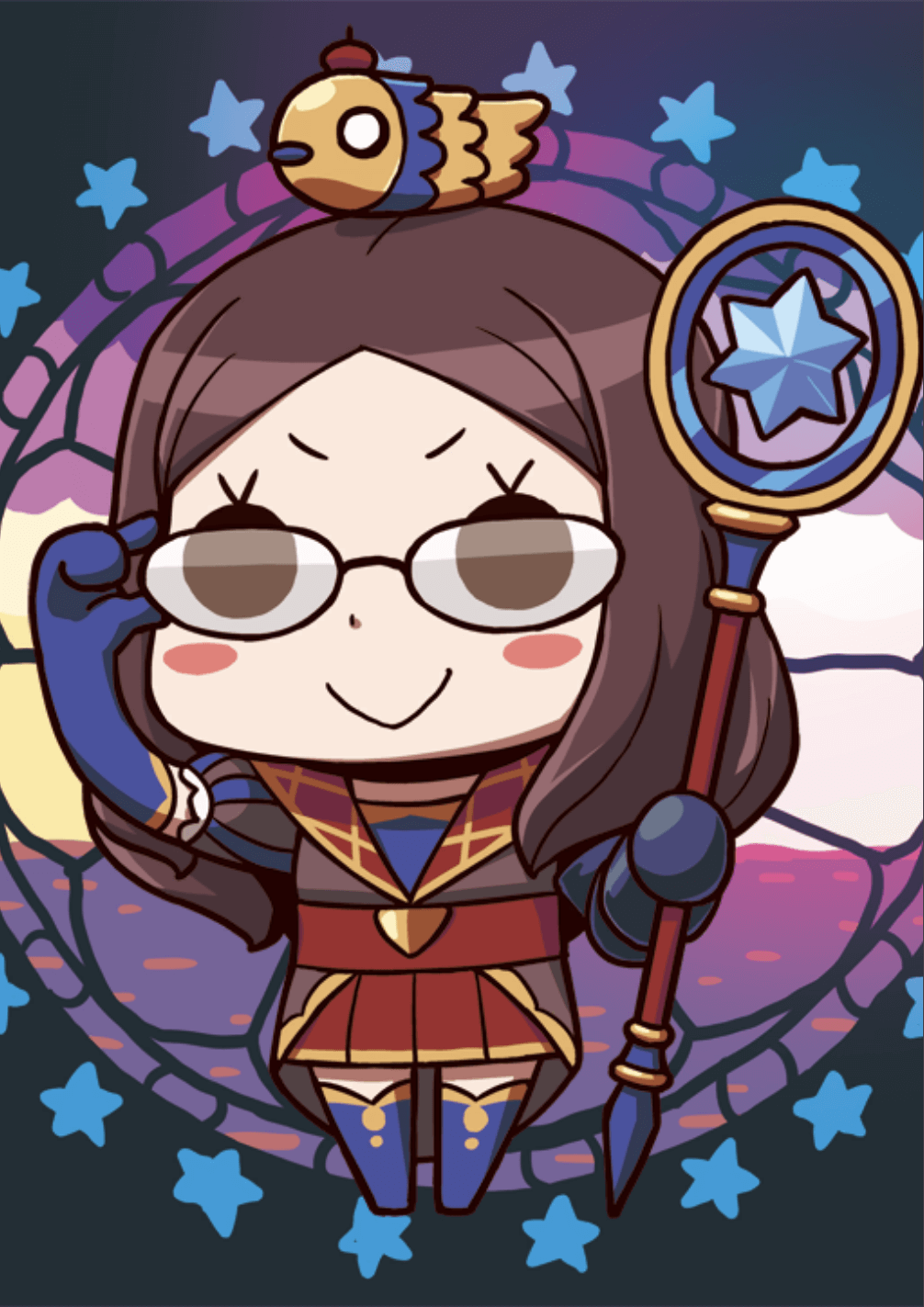 Deal heavy damage to all enemies that ignores DEF Up.
Decrease Critical Rate for all enemies by 10% (3 turns).

Deal heavy damage to all enemies that ignores DEF Up.
Decrease Critical Rate for all enemies by 30% (3 turns).

When equipped on Leonardo Da Vinci,
Increase NP Strength of all allies by 20% while on the field.

The Renaissance Man of Italy materializes in the form of what he deems as true beauty. The “Mona Lisa” moves beyond the role of friendly shopkeeper and joins the front line as a Caster class Servant! Da Vinci is an Arts damage dealer with a varied selection of selfish buffs and survivability tools.

For survivability, Da Vinci has an assortment of direct and indirect tools, namely Guts, Defense up, Critical Chance Down, HP regen per turn, and a two-turn Debuff Immunity. Each of these effects synergize well with each other and usually only the most powerful enemies can punch through her defenses. On the offensive side she has NP damage up, defense ignore and Ignore Invincible utility, and Critical Star creation. However, as all these buffs and effects are generally self-directed, Da Vinci is firmly a Caster oriented towards offense and provides little support to others.

Da Vinci’s NP Uomo Universale does very decent AoE damage, ignores defense, and adds a Crit Chance down debuff. Especially after her second Interlude, she becomes one of the strongest AoE Casters available. Da Vinci also gains NP comfortably with her 3-Arts card deck, decent NP generation, and not just one but two skills that charge her NP. Altogether she can pull off successive NPs if needed.

Overall, Da Vinci is a solid damage-focused AoE Arts Caster who is able to employ her NP frequently. She has great survivability and an interesting array of utility effects, but her Caster class damage and lack of team support does limit her use.

Three features of Da Vinci’s kit contribute to her NP gain. First, her deck has three Arts cards, which enable Arts chains, and she has evenly balanced hit counts across her cards. Secondly, Golden Rule (Body) B charges her own NP gauge by 10% per turn for 3 turns. Finally, Pioneer of the Stars EX charges her NP gauge by up to 50% at max level. With just her skills alone, she is able to get to 80% NP charge without any outside help, which enables her to use her NP with less support than other Servants.

Da Vinci is able to output decent damage through her AoE NP. Combined with her great NP charge skills, she’s a splendid contributor during farming sessions. Her Arts focus also synergizes well with her fellow Casters as any of her NP turns can be part of an Arts chain unlike some of her competition with their Buster NPs.

Da Vinci’s third skill (NP charge) additionally grants her Ignore Invincibility for 3 turns, which allows her to get around Evade or Invincibility moves. This is particularly useful as Assassin class enemies tend to have Evade skills. Her NP also ignores defense, and she is able to grant herself debuff immunity, both effects that are highly prized for certain challenge quests.

Inherent Wisdom grants Da Vinci Guts (1 time, 3 turns) and a chance for a three turn defense buff. She also can recover up to 1000 HP per turn and gain debuff immunity for multiple turns with her second skill. Her HP pool is also above average for the Caster class, so she can usually keep herself on the field for a decent amount of time.

Despite having high AoE NP damage for a Caster Servant, Da Vinci’s damage is still somewhat lackluster due to a combination of her low attack rating,the lack of personal buffs to boost her command card damage, and the 0.9x damage multiplier associated with her class. As a damage dealer, she is best used in situations where she has class advantage.

Unlike most Casters, Da Vinci has little supportive ability, and thus cannot compensate for her lower Caster damage with useful effects for the team like her competition does. Because all of her buffs are self-targeted, her support is limited to Arts chain potential, instant Critical stars, and Enemy Critical Chance down.

Da Vinci is a capricious Servant: her first skill’s defense and NP damage buffs have an 85% chance of success, which means her ability to perform at her best is sometimes left up to chance.

Da Vinci's skills are split across self-steroids and self-survivability skills. The NP charge provided by Pioneer of the Stars scales with level and maxes out at a whopping 50% charge, providing good reason to level it first. However, leveling all her skills is ideal for her kit. In the end, after Pioneer of the Stars, it is up to the Master whether they would like to prioritize offense (Inherent Wisdom) or sustained performance (Golden Rule (Body)).

OVERALL: Da Vinci benefits the most from craft essences with either Starting NP Gauge, NP Gain, or with an Arts Performance Up effect. Below are some examples of CEs that accomplish this, along with some other supplemental effects that are of secondary use.