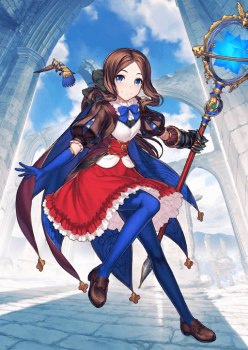 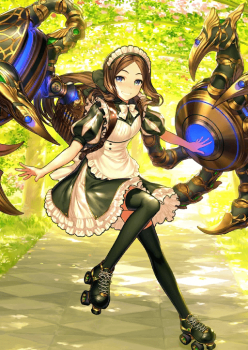 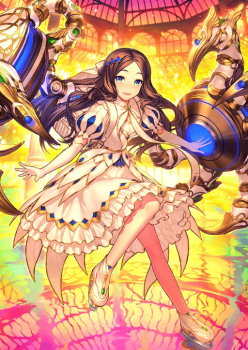 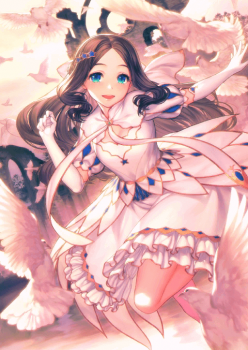 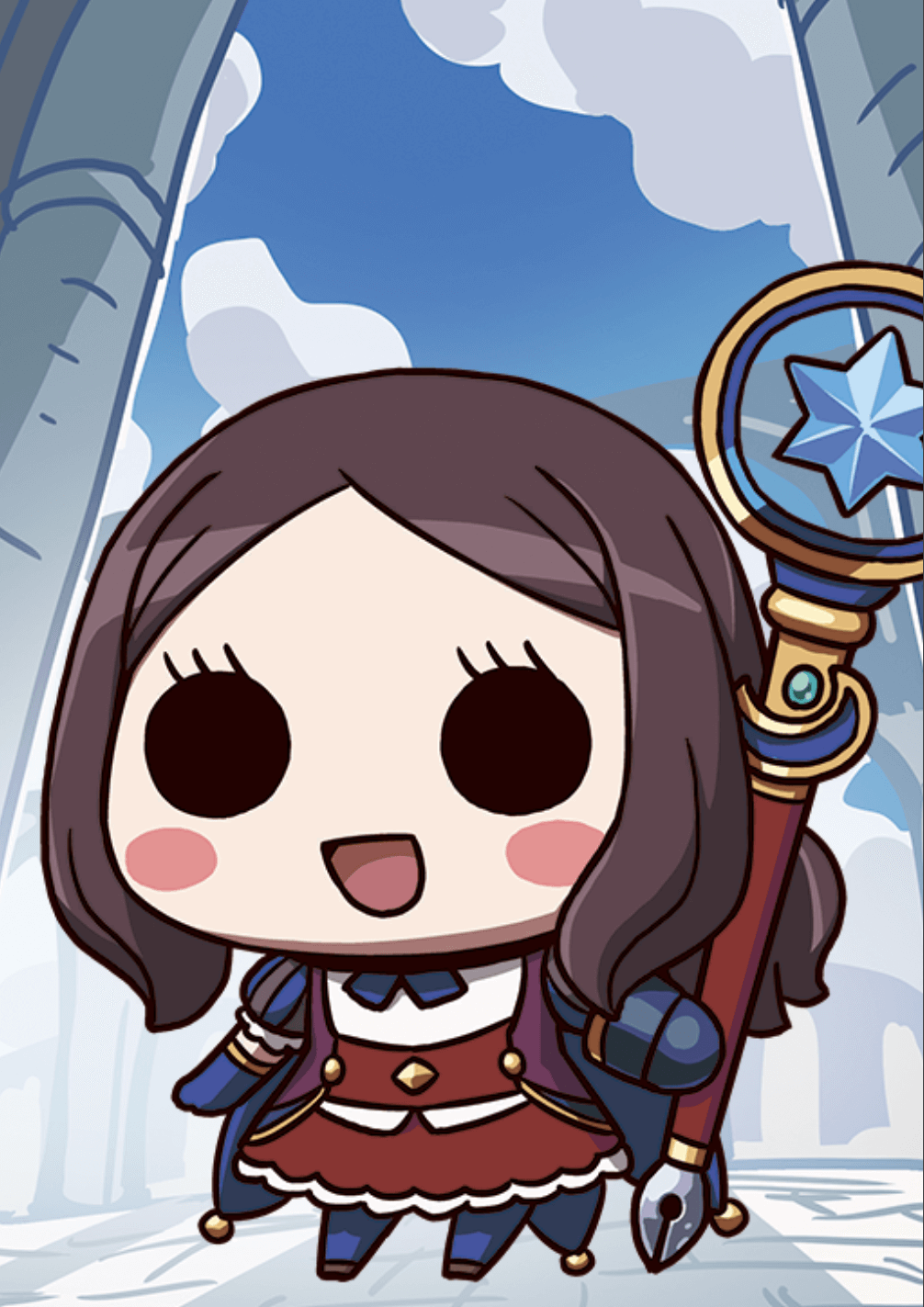 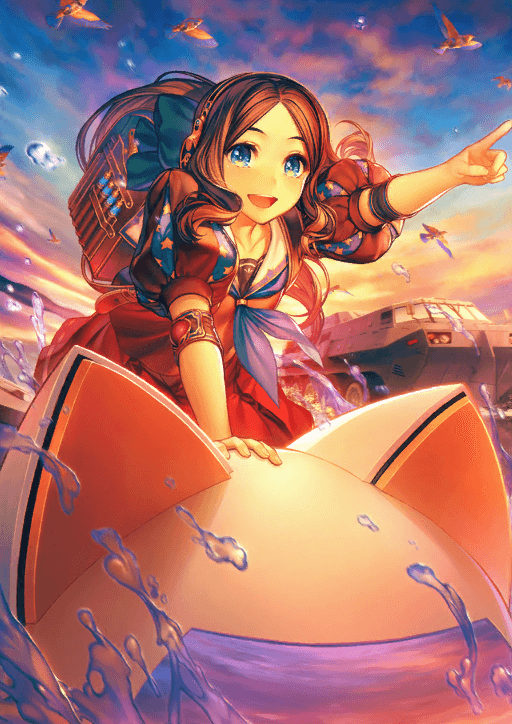 Available from the Start

Dream upon the Star D

Deal damage to all enemies.
Increase NP Gauge for all allies by 20%.

Going Beyond the Boundaries

When equipped on Leonardo da Vinci (Rider),
Increase all allies' Arts cards Star Absorbtion rate by 100% while she is on the field

Vanilla Da Vinci had one glaring problem as a Servant: She did not have ice skates. So, Da Vinci-chan was born, skating around as an AoE Arts Damage Dealer who can charge her Noble Phantasm gauge in a hurry.

As a damage dealer, the main key is getting a Noble Phantasm gauge up as quickly as possible. Da Vinci-chan does that in 3 different ways: with a 20% per turn gain on Golden Rule (Body) EX, a 10% gain on Dream Upon the Star D, and a 20% refund on her Noble Phantasm, Beautiful Journey B. Notably, her NP also provides 20% NP gauge to all allies as well, which can help the party’s damage output or supportive capacity as a whole. She’s stocked up for durability too with Golden Rule’s heal and an evasion on Accel Turn B which doesn’t expire until she’s hit. Speaking of Accel Turn, she’s quite decent with critical attacks with its boost to damage.

Da Vinci-chan is a powerful Servant, but she has two glaring weaknesses. First, her burst damage is a little low with only small buffs on her Noble Phantasm’s overcharge and Dream Upon the Star’s NP strength buff. She also lacks sustain beyond the initial three turns of skill uptime.

Without a doubt, Da Vinci-chan is among the premiere Riders of the game and would make an excellent addition to any Master’s Chaldea. Seeing her dressed up as the queen of the rink is simply icing on the cake.

Da Vinci-chan has a powerful evasion skill which, although being for only one hit, does not expire until that hit occurs. Add that to her decent HP pool and a heal per turn on Golden Rule (Body), and it’ll be hard to bring her down. Furthermore, she’ll be immune to debuffs the entire time Golden Rule (Body) is active, which is an impressive three turns.

Da Vinci-chan’s Accel Turn grants her a turn of Critical Damage up, and what makes it even better is that it won’t burn any other effects as it is tied to her 1-time non-expiring evasion. She’ll have no trouble gathering Critical Stars as a Rider, so a Master who gives her the Stars will receive the damage.

While Da Vinci-chan can gather Noble Phantasm gauge easily, it doesn’t pack quite the punch of her competition - at least not until a certain Saber decides to become a magical girl. If properly supported she can deal decent damage at the cost of losing some gauge supporters, but for now her damage is on the lower end of the spectrum.

Da Vinci-chan has three turns of Noble Phantasm Power with Golden Rule (Body)’s charges and Dream of Stars D’s Noble Phantasm Damage up. But besides that, she has only a one turn Critical bonus to help her output, making her a dead weight when she’s not on her burst turns.

Not a Magical Girl

Da Vinci-chan is 1) a girl, 2) wields a staff, and 3) has a Caster variant. This was a perfect opportunity for DW to make her a magical girl, but instead they decided to be DW and do otherwise! Now, don’t get me wrong, Ice Skating Da Vinci-chan is glorious in all of its facets, but could you imagine Da Vinci-chan flying around with sparkles and casting spells like “Pura Pura, Purarin!” and winning the hearts of friends and enemies alike? She’d be a top pick to befriend all of the Lostbelt Kings and Crypters! Such a wasted opportunity, sheesh! [Disclaimer: Your Mileage May Vary - maybe riding a cross dimensional tank counts for you as the qualities of a Magical Girl]

As a fast charger, Da Vinci’s skills revolve around getting her gauge up as quickly as possible. The skills in general are not particularly support-oriented, and more about what she can get out of them.

Da Vinci-chan is a damage dealer, which means she gets the standard damage dealer’s CE recommendations. Her best options are Starting NP Gauge CEs to unleash a free Noble Phantasm early before relying on her regeneration. Barring that, a Master may opt for a Mixed Starting Gauge / Damage CE. Or, if a Master can get her gauge up with supports, they may opt for a Noble Phantasm Damage CE.

An artificial Heroic Spirit molded by Da Vinci. She's just a ball of energy and quite precocious! She is an innocent and beautiful hybrid Servant, who zooms through the battlefield on roller skates and utilizes her Ultimo Manipulator from her Universal Bag to fight.

"Huh? So who exactly am I, you ask? Obviously, the universal genius Leonardo da Vinci had a clone of herself ready in the case of a second Grand Order, who is now the world's most beautiful and capable secretary-type who supports and helps Chaldea's Master...
I'm everyone's favorite girl, Da Vinci!"

Golden Rule (Body): EX
Her universal nature may have narrowed due to her new compact form, but in exchange, her Golden Rule skill has gone up.
It was pointless to ask about her gender from the get-go, but as her body is a girl-type, it carries even more of a religious "angelic" form and meaning.

Accel Turn: B
A skill inspired by summer Ishtar.
As a skilled driver, she is able to make emergency maneuvers in times of need.

Overhaul: E
Scatters nanomachines created using pseudo-spiritrons and "resets" the statuses of everyone in the party.
If the skill is at its maximum rank, it not only resets destroyed armor and damaged Spirit Origins, but it also returns the NP Gauge back to its default state at the beginning of battle. However, the Da Vinci within the vessel of a small girl cannot achieve this potential.

Dream Upon the Star: D
A hope and end that all fleeting lives reach for and take hold of.
This Leonardo da Vinci has lost the skill Pioneer of the Stars, but in exchange, the knowledge of an intelligent being's purpose, as well as the truth all short-lived beings seek, dwells within her soul as her art.
(This young Da Vinci was created by the original Da Vinci, the greatest among all human thinkers, and inherited that intellect. Ultimately, the girl Da Vinci comes to understand that short-lived, man-made beings, like Mash and other homunculi, have their own philosophies and ways of living.)

This planet that has lived for billions of years is about to meet its end. To the children of this planet who was given only a few thousand years worth of evolution...
Please place your final dream upon this dying star...
A dream made at the end of their infancy, a small yet glittering dream...

Those Who Go Beyond the Boundary.
Boarding the Shadow Border and traversing through the Sea of Void to various destinations, this is a full-speed rushing attack that jumps over any adversities and tears through new territories...an "all-out☆direct attack".

Essentially, this is a mode of transportation to reach new lands and untapped knowledge by overcoming restrictions like peoples, nations, cultures, history, the world, and the very dimensions of existence.

Personality:
It's mostly the same as Da Vinci, but the little girl characteristic has a bit of influence. She speaks in a mild-mannered way, and her tone of voice is at times more girly.
Whenever she speaks to others, she no longer comes across as patronizing, like an all-knowing teacher, but rather more like a student who is eager to learn about the universe.
She's like a little girl asking for you to read a book to her.

Unlike other Heroic Spirits, Da Vinci was a ball of curiosity and aspiration, even after becoming a Servant. Even if their dreams were of a dead person, they lived in the now.
Little Da Vinci was no exception. She continuously runs around trying to figure out what she can do to achieve the best results. Yet, she is dissatisfied and worried about how much her current self's output has decreased.

Her anxiety shows when she often asks, "Am I doing as well as the former me?"
No matter how much she inherited all of the previous Da Vinci's memories, none of those were actually experienced by Little Da Vinci.
That's why she idolizes the original Da Vinci's time spent with the staff at Chaldea.
At the same time, she yearns for something similar to herself. She feels a sense of responsibility, and a mission of hers is to accomplish something she can be proud of.