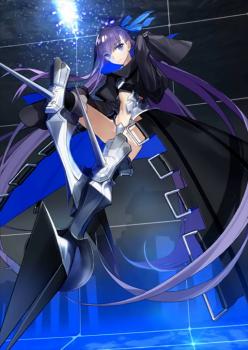 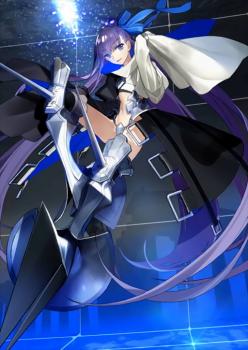 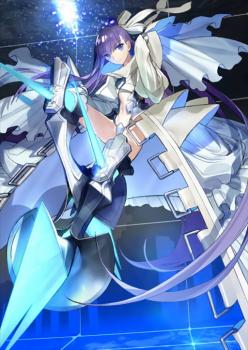 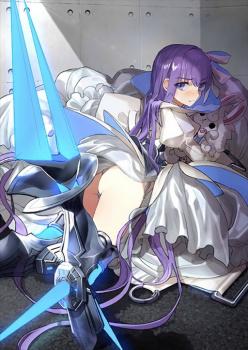 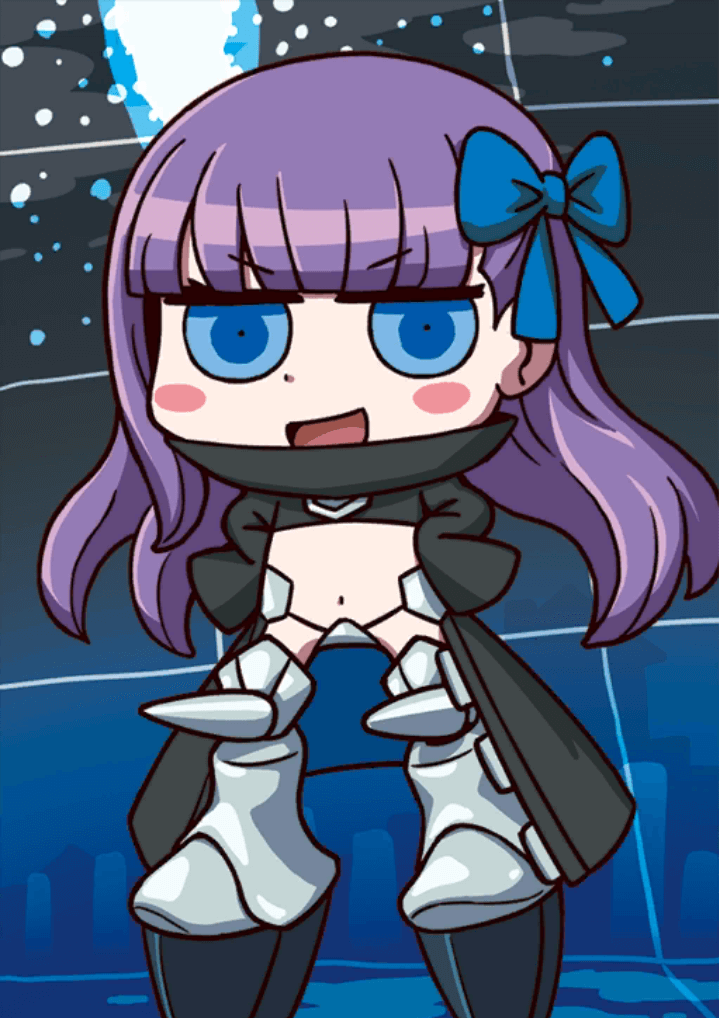 Upgrade via Rank Up Quest

"A Master and Servant relationship...what are you talking about? We merely have interests that coincide. Never forget that."

One of the first Alter Ego class Servants available to Masters, the domineering and sadistic Meltryllis is an artificially created Heroic Spirit from Fate/Extra CCC. In Fate/Grand Order, she touts a largely selfish skill kit with an Assassin-like Quick kit and a buff-removing Quick ST NP.

Offensively, Meltryllis has three flavors of self damage buffs she can apply to herself, including Attack Up from Sadistic Streak, NP Damage Up from Melt Virus, and a Quick Card buff from her NP, Sarasvati Meltout (albeit the Quick buff applies after her NP deals damage). In addition, her NP has a buff removal effect that applies after doing its damage, which increases her utility, coming in handy during challenging content. She also has a bit of durability with Crime Ballet, which is a 2-hit Evade lasting 3 turns that provides bonus critical stars. Finally, of the cards in her deck, her Quick card is a standout, with its high hit counts providing good Crit Star drops and fantastic NP gain, particularly with an Arts card starter.

However, despite being a Quick-oriented Servant, she does not have critical damage boosts in her own kit aside from her passives. She also can be somewhat unwieldy, with Melt Virus being a delayed buff that must be used the turn before her NP. However, Post-Rank Up, Melt Virus no longer has the turn delay and takes effect immediately (and the NP Damage buff becomes stronger and lasts for two turns), which makes her much easier to use. Finally, given her Alter Ego class, she usually is not the optimal choice even against Cavalry class enemies due to her 1.5x class advantage modifier unless entering a mixed-Cavalry class node.

Overall, Meltryllis is a strong Quick-based single target damage dealer with frequent access to buff removal whose class hinders her potential damage ceiling in many encounters in return for greater flexibility. With her Rank Up, she becomes much easier to use, and with the release of Quick supports such as Skadi, her performance will greatly improve as well.

Meltryllis boasts among the highest raw NP damage against a single target without factoring in class advantage. She covers the entire spectrum of NP buff types with her kit, with Attack and NP Damage buffs on her skills, and a Quick buff on her NP.

Sarasvati Meltout’s Buff removal is particularly useful in several difficult quests and challenges. Meltryllis has access to buff removal on her NP (after damage), which allows for contributions beyond her high damage output. In addition, Melt Virus’s NP Damage down effect scales up to 50%, which can be useful when stacked with other NP Damage down debuffs. Stacked up to 100%, it essentially mitigates all NP damage for a turn.

Meltryllis’s Quick and Extra cards have high hit counts and her Quick benefits from her Riding passive, making them potent Critical Star and NP Gauge generators. Meltryllis’s NPQQ chain in particular allows her to refund between ~30-45% NP Gauge depending on crits, while her AQQ chain can provide up to ~40-70% NP Gauge depending on crits. This enables her to quickly ready her NP again and continually strip buffs off of a boss while doing decent chunks of damage.

Both a strength and a weakness, the Alter Ego class allows Meltryllis to be used in mixed Cavalry encounters given her advantageous (1.5x) damage against all Cavalry classes. This is especially useful against Assassin enemies, as many Caster Servants are not specialized for damage. The Alter Ego class is also the only class that is strong against the Foreigner class, which appears in the latter chapters of Epic of Remnant and onwards.

Melt Virus provides an NP damage buff on the next turn after usage, which makes the skill difficult to time correctly. Further complicating things, Melt Virus decreases NP damage for all allies on the same turn it is used, which can decrease the performance of the rest of the party if trying to set up her NP on the next turn while wishing to fire off a damage-dealing NP on the turn beforehand. Much of this is remedied with her Rank Up, which causes the NP damage buff to become active on the same turn as it is used.

As an Alter Ego Servant, Meltryllis is generally not the ideal offensive pick against single class Rider, Caster, or Assassin enemies due to her lower damage multiplier (1.5x vs 2x), while also taking neutral damage rather than half damage from them. In addition, even when she functions relatively well in mixed-Cavalry nodes, her ST damage focus means that she is not as effective in clearing waves of multiple mixed class enemies. Instead, she would theoretically excel in a quest with multiple waves of single enemies, in which the enemies cover multiple Cavalry classes (which in all practicality, are not very common).

Meltryllis’ first priority skill depends somewhat on the Master’s priorities. If running Meltryllis for general use, the extra survivability provided by having Crime Ballet’s 2-hit Evade on a lower cooldown is immense, and makes it worth leveling to reach the cooldown thresholds (Lv6, Lv10). However, Meltryllis’s ultimate goal is to nuke enemies, and leveling Sadistic Streak would be more effective as it increases her damage a decent amount per level. The recommendations are made with a focus on her damage-dealing capabilities.

OVERALL: Meltryllis aims to pierce and trample her enemies with her Quick NP. For general performance and her NP, Quick Performance Up works well, while NP Damage Up generally maximizes her damage overall in well-supported setups. Critical Damage Up CEs are viable, but generally perform less well than a focus on her NP potential. Naturally, Starting NP Gauge is excellent for any shorter quests.