Community Posts with Keyword Merlin All 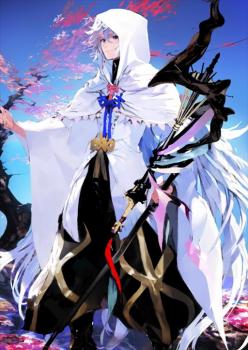 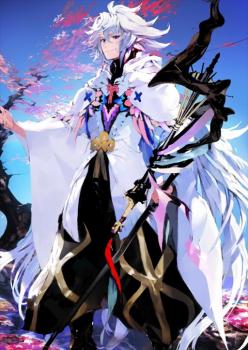 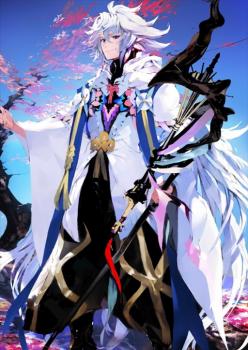 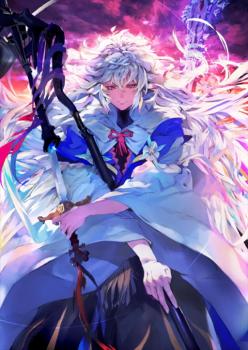 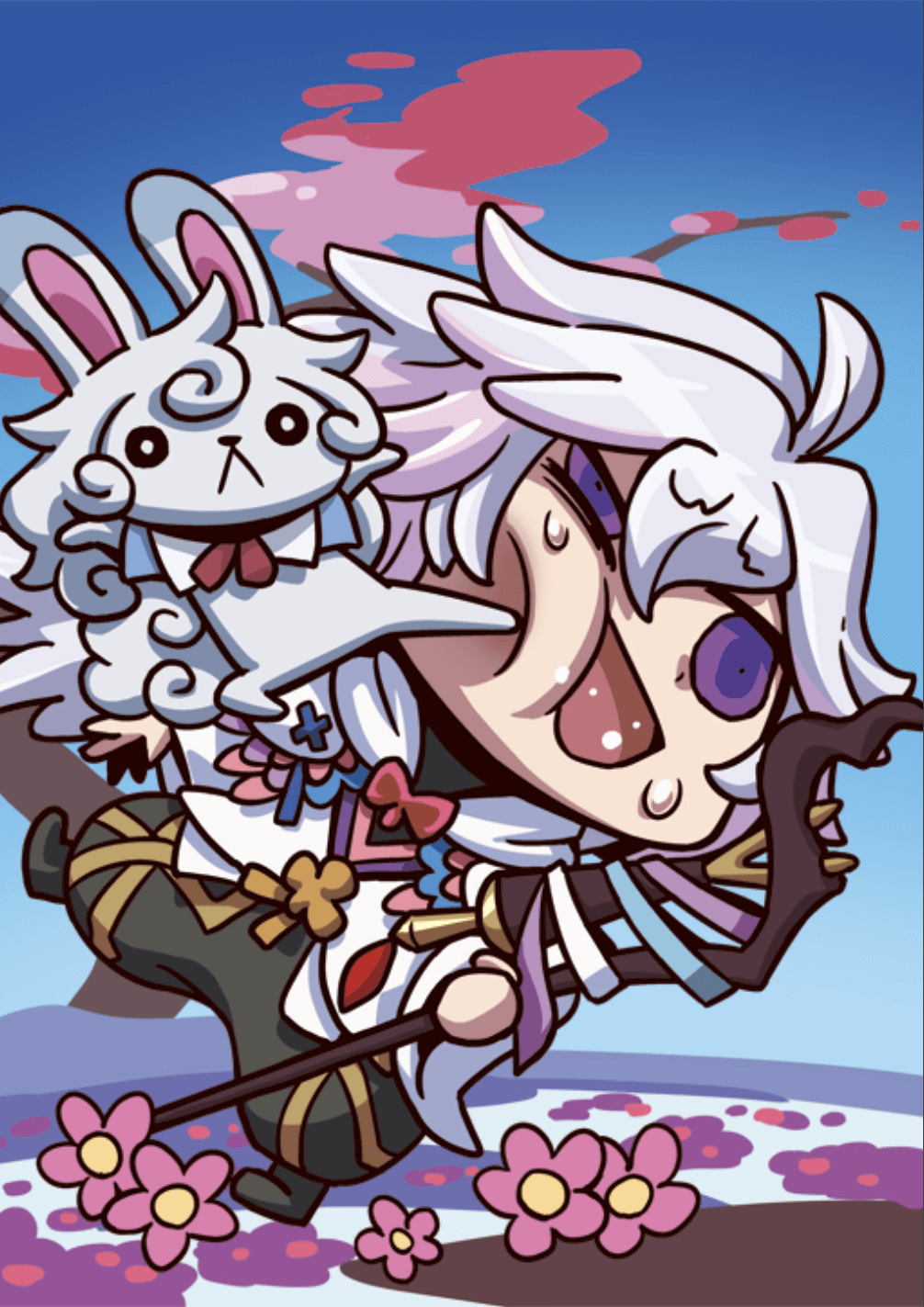 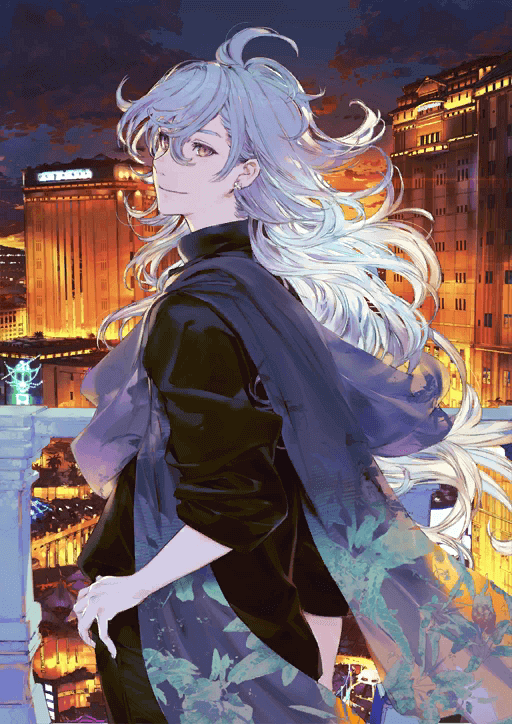 Increase NP Gauge each turn by 5% for yourself.

Gain C. Stars each turn for yourself (5 turns).

When equipped on Merlin,
Increases party's Buster Card effectiveness by 10% and critical damage up 15% while he is on the field.

“Why don’t I just use an incantation, you ask? Well, I mean, isn’t it easier to just punch them?”

An immortal magus, Fou’s part-time punching bag, and possibly the most prominent kingmaker in history, Merlin’s capabilities as a Servant far exceed even his own lofty reputation. The Magus of Flowers allows virtually any Buster-oriented damage dealer to reach their true potential, enabling even the more utility-oriented ones to put out strong damage. Bringing nearly every single offensive buff a Buster Servant could ask for (Buster Up, ATK Up, and Critical Damage Up), Merlin is a one-man support army who takes full advantage of multiplicative buff stacking. What truly sets Merlin apart from other supports is that he can also grant sustain and support through party-wide Healing per turn, NP Charge per turn and Critical Star Generation per turn from his NP, as well as an NP Charge, Star Generation and even party-wide Invincibility from his skills. Merlin’s performance is thus spectacular during Challenge Quests.

As with every Servant though, Merlin does have a few weaknesses in practice. The biggest flaw in his kit is the lack of DEF Up buffs, which can make his team particularly vulnerable to bosses that can pierce Invincibility, and enemies who do high damage with their basic attacks. Many of his features are also tied to his NP, most notably the NP Charge per turn and the Healing per turn. The resulting ramp-up time, as well as his instant NP charge being “only” 20%, makes him less convenient in the stages where his magnificent damage buffs are overkill and farming/clear speed are more important. Lastly, Merlin’s effectiveness in non-Buster teams is a bit reduced, but still good.

Overall, Merlin is the ideal support for Challenge Quests, especially for Buster teams. His few flaws are rather trivial compared to the massive benefits he brings to a team. The Magus of Flowers is easily one of the most powerful Support Servants to have ever been released in the game. Befitting his lore, he is one who can be expected to stick around until the end of the universe.

When used alongside a Buster Servant, Merlin provides at minimum two offensive buffs, namely, Dreamlike Charisma’s party-wide ATK Up buff and Hero Creation’s targetable Buster Performance Up buff. Their high values crown him as the best Buster damage support. Furthermore, Merlin’s Hero Creation also contains a huge Critical Damage Up buff (although it only lasts for one turn), which synergizes greatly with his star generation capability. These factors allow any Master to use critical-based strategies to great effect, even with Servants who are not traditionally critical damage dealers.

One of the reasons as to why Merlin is exceptional is that he provides the means for (Buster) teams to survive longer battles and gain NP gauge. Merlin provides stable healing via his spammable NP’s Healing per Turn buff and Hero Creation’s MAX HP Increase. But the biggest tool in Merlin’s defensive arsenal is arguably Illusion's party-wide Invincibility which allows any party to easily brush off enemy NP turns. The same skill also applies a hefty Critical Chance debuff on enemies, further augmenting the party’s survivability.

While most Servants experience periods of downtime, Merlin’s high NP gain (including passive NP gain per turn) and five turn NP duration mean that his NP has a very high uptime once he gets going. As supports rarely equip Starting NP Gauge CEs, he may need a few turns to charge his first NP, but afterwards the party will consistently receive an influx of Healing, NP charge, and critical stars every turn.

Merlin’s main defensive problem is the lack of a reliable DEF Up buff, which often leaves the party vulnerable against harder-hitting (critical) attacks. As his NP heals over time, a team member may be bursted down before they get the opportunity to heal up. It is for this reason that Masters may wish to pair him with Servants that provide defensive buffs against enemies with Pierce Invincibility, or those capable of dealing heavy damage with their normal attacks.

A lot of Merlin’s general support is tied up in his NP, the benefits of which the team won’t be able to access until he has used it the first time. While the NP Charge per turn effects gained from Garden of Avalon and Merlin’s own Mixed Blood passive allow him to have a very high NP uptime afterwards, the initial ramp-up period leaves the party rather vulnerable in faster-paced (boss) battles. In addition, due to the effects-over-time nature of Merlin’s NP, buff removal sets him back slightly more than some other supports.

When it comes to farming, Merlin’s main benefit is the sheer power of the (Buster) buffs he provides, allowing players to breeze through the final enemy wave. However, farming speed is often dictated by how fast NPs can be charged from the get-go and what CEs can be brought. One aspect in which Merlin isn’t as powerful as his direct competitor(s) is the on-demand NP Charge (20%) he can give. Quite often, especially during events, it’s faster to simply borrow Zhuge Liang or (once available) Skadi instead. Due to his Buster focus, Merlin is also less flexible when it comes to creating farming teams.

As a support, Merlin is heavily dependent on his skill levels to perform well. It is therefore (Extremely!) recommended to level all of his skills as soon as possible even at the expense of ascending other Servants. The leveling order varies a little depending on whether Merlin is being used primarily for farming, or if Challenge Quest performance is key.

Merlin is a pretty self-sufficient Servant who works great even without CEs, making him one of the ideal candidates for Bond Point Up CEs (in fact, most Merlin supports will be holding this CE). When “normal” CEs are used, his picks generally revolve around further amplifying his Passive Star Generation per turn, or Passive NP Charge per turn. He is also a Servant whose Bond Craft Essence directly benefits his main damage support niche, making it an alluring option as well. Lastly, Starting NP Gauge CEs are also an option to access Merlin’s NP early in certain fights while On Entry CEs work very well if Merlin is swapped in with the Chaldea Combat Uniform.

Busti's Stall Diary Chapter #386: The Greatest Archer
This was promised a long time ago so I’m happy I can at last deliver. My beloved…
Describe your FGO! Round 2
Welcome to the second “Describe your FGO” thread! Let’s be real, we kind of made our…
So which Servant is a stand in for your Master? And how many are there?
I know it’s against the theme of the story, but I know I can’t be the only one who…
Busti's Stall Diary Chapter #385 : Chaldea's Spite Archive
Alright, here's some Violet to lighten up the spite (click for more details)…
Oniland Re-Run Discussion + Roll Thread
You can tell people really didn’t bother with this Re-Run Anyway, here you people…
Read More