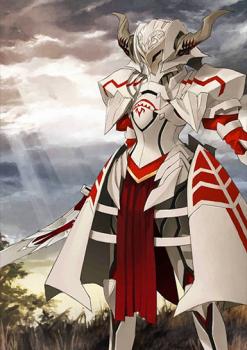 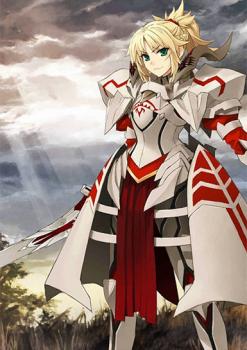 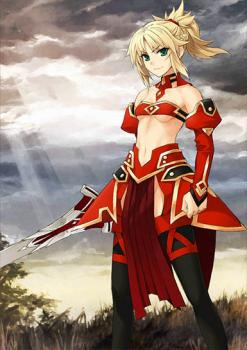 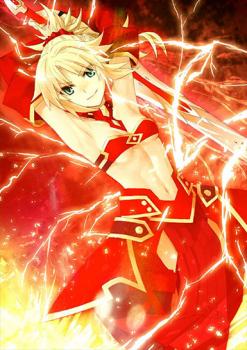 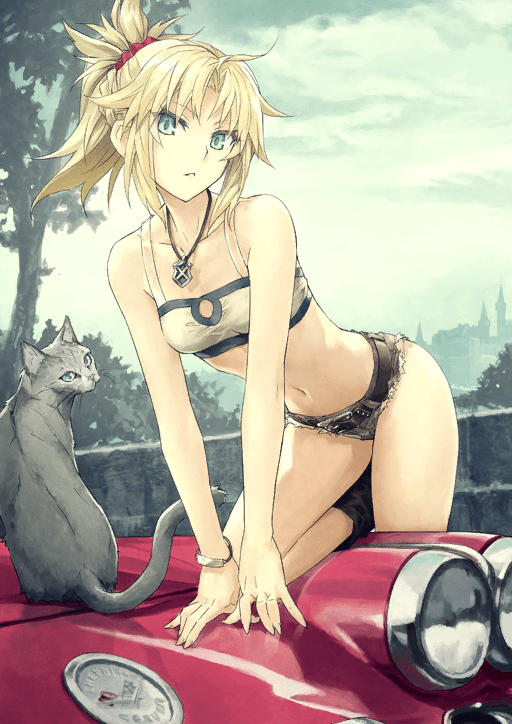 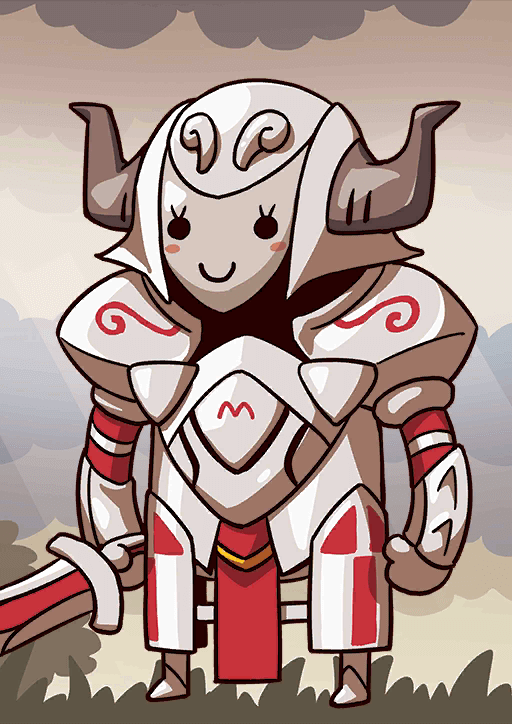 Rebellion Against My Beautiful Father

Rebellion Against My Beautiful Father

When equipped to Mordred,
Increase NP Damage of all allies by 20% while she's on the field.

With only one goal on her mind, Mordred swings her sword doing all she can to destroy her mortal enemy: her father Altria. With a powerful Buster AoE Noble Phantasm, she will make all Altria type enemies quiver in their boots.

Mordred primarily shines as a farming servant capable of clearing waves with ease. With a 30% charge on Secret of Pedigree, she is quite capable of filling her NP gauge with proper support. When she uses Mana Burst thereafter, she can deal major damage to her opponents with Clarent Blood Arthur. Against Altria type enemies, her damage is further magnified thanks to a super effective modifier on her Noble Phantasm overcharge. She also has fairly good durability, due to a high HP pool, and Secret of Pedigree offering her a three turn defensive boost along with a debuff cleanse.

However, outside of her main niche as a farmer or in specific challenge quests, Mordred struggles to perform. Her NP gain is mediocre, making it difficult for her to get that first NP off without support Servants or CEs.  Her anti-Altria niche is also very specific, and sees application infrequently, although more Altria enemies are likely to appear in the Servant pool.

Overall, Mordred can be effective with the right team and CEs and can wreak havoc on Altria type enemies.

Mordred has relatively high attack stats, as well as a Buster performance buff. These two aspects allow her to deal good AoE damage, making her a great choice to clear waves, particularly for farming. The fact that she can charge her NP by up to 30% via Secret of Pedigree also helps her with this niche. Her NP also refunds some NP after use, so it gets slightly easier to charge it a second time.

In challenge quests, where debuffs are often brutal, Mordred sports a very useful self cleanse on her Secret of Pedigree skill which also comes with the benefit of raising her defense and charging her gauge. As many challenge quests also include Altria type enemies, she often shines in these situations.

With a heavy special damage modifier, Mordred often does multitudes more damage against Altria type enemies than even those with class advantage.

With her Buster-centric kit (though she does have two Arts cards) and her mediocre NP gain, even with her 30% charge, Mordred often has to rely on support Servants or CEs to get her NP charged fully. Her NP refund and NP-charging skill make up for this slightly but not enough to enable her to reliably spam out her NP.

Unfortunately, while Mordred’s Mana Burst is a powerful one-turn skill, it is exactly that: one turn. When it is off, she will have to rely on her high attack stat alone, which often is not enough.

While Mordred does quite a lot of damage to Altria type enemies, they are still only available as enemies in limited numbers. Not to mention, most Altria type enemies are not lancers or berserkers, so she rarely can take advantage of both the trait bonus and class advantage.

Mordred serves as a charge and fire servant, so naturally a Master would want to boost her charge and her fire skills. Secret of Pedigree is a great charge skill and should be leveled to at least 6 (with kaleidoscope), 9 (with MLB Imaginary Element), or 10 (with a 50% CE and a 20% support charger). Mana Burst is a decent charge skill, although Masters can leave it at level 6 if they desire. Intuition only generates a trivial amount of critical stars and is best left at level 1.

Most of Mordred’s benefit comes from her Noble Phantasm, so Masters would be best served to boost her damage potential from it. A Starting NP Gauge CE will help her farm one demand thanks to her charge skill. A Mixed NP Charge/Damage CE serves as the best of both worlds, allowing her to NP early with damage boosts. NP Damage CEs help more than usual, as they stack multiplicatively with her trait-specific damage.

Mordred is a Knight of the Round Table and the bastard child of King Arthur.
The treacherous knight who killed his father at the Hill of Camlann, putting an end to the Arthurian legend.

Mordred is an artificial creation, a type of homunculus, created by the witch Morgan who is the elder sister and mortal enemy of King Arthur.
Morgan's purpose in creating Mordred was the death of Arthur and the rise of an even greater king.

As a homunculus, Mordred matured extremely quickly.
Only a few years after being born, Mordred entered King Arthur's service.
Being modeled after Arthur, Mordred gained prominence as a knight almost immediately.

Despite Morgan's plans, Mordred admired Arthur greatly and wanted the king's acceptance more than anything, but all that changed with King Arthur's rejection.
Mordred began to plot Arthur's destruction and the end of his glory.
Britain, which had already reached its limit, collapsed along with the clash of these two.

Born a homunculus, Mordred's short life passed by like a whirlwind.
It is perhaps for this reason that Mordred so craved the acceptance of Arthur, to whom the knight's entire life was dedicated, as a father.
But even Mordred was unable to understand the depths of Arthur's pain.