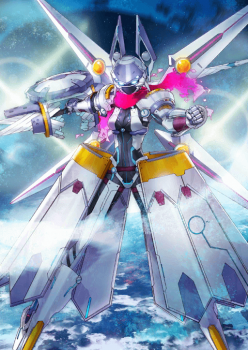 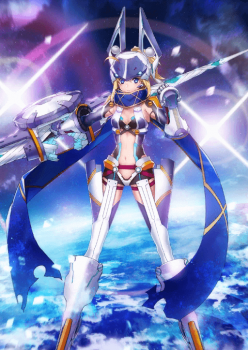 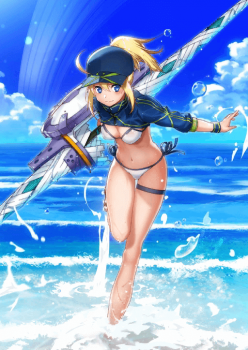 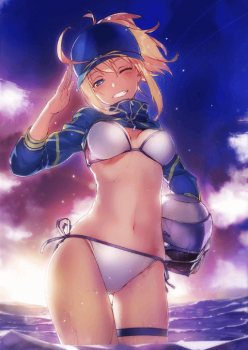 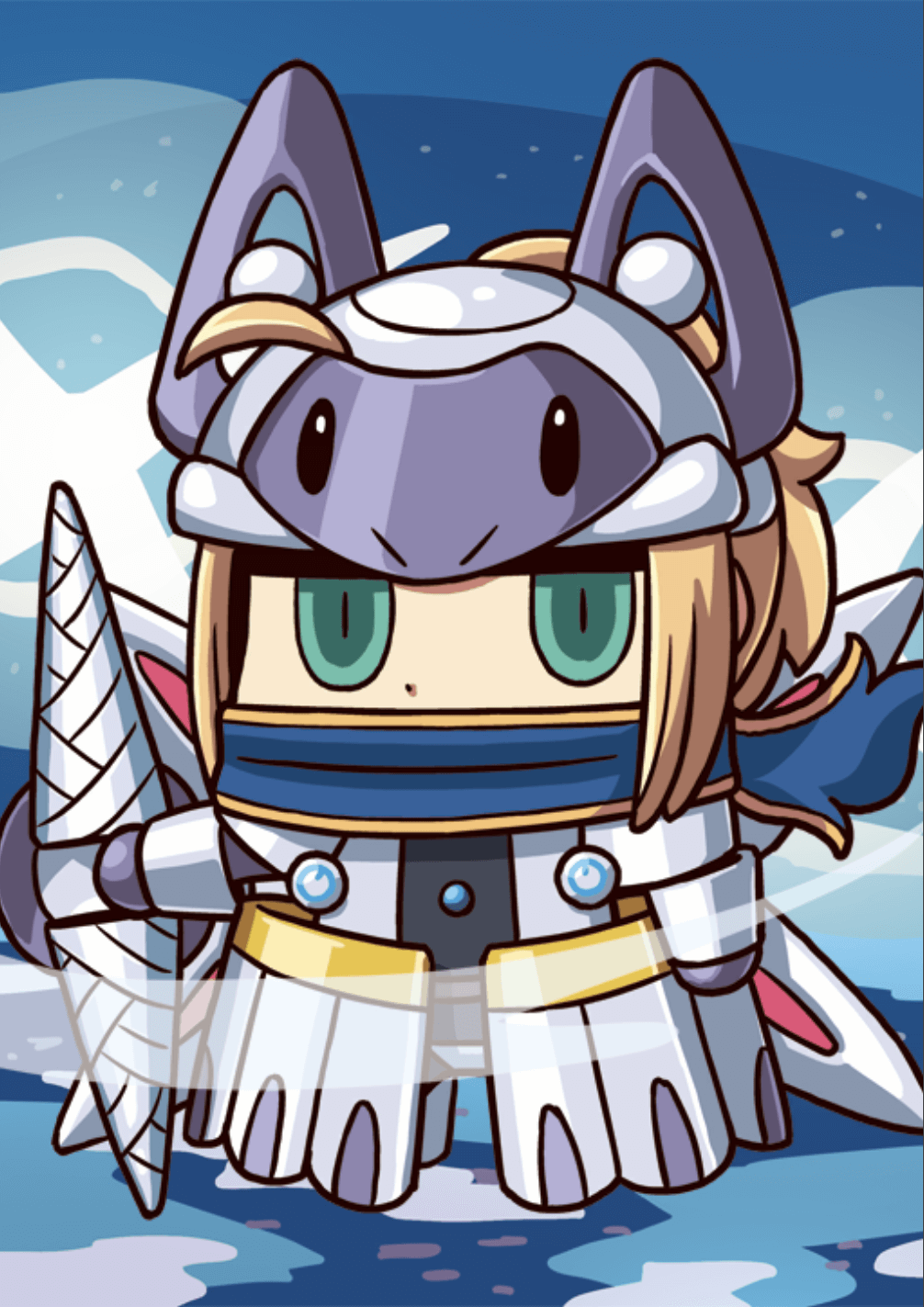 Apply Invincible to self (1 turn).
Increase own ATK (1 turn).

Justice of World's End A

Entity of the Outer Realm D

“All Sabers will be arrested. I don’t really care what happens after that.”

Up there, in the sky, it’s everyone’s favorite hero here to save us from the Sabers! Even better, this time she’s wearing a mecha outfit with a bikini underneath its metal exterior! With her Foreigner type classing and 4-star rarity, Mysterious Heroine XX unleashes her Single Target Arts Noble Phantasm and provides Masters with a more accessible chance at the true Berserker counter-class.

If there is one thing MHXX excels at, it is burst damage. Not only does she have a massive attack up on her Suit Up EX, but she has another attack up on her Noble Phantasm Etherspace, Yet Lawful which varies based on overcharge, which will boost up any other hits she does that turn. She also has rather easy access to her Noble Phantasm via her charge on Justice of World’s End A and some rather good hit counts. Most interestingly, she also has an ability to push Critical Stars onto her teammates for one turn with Police Instincts E during her downtime, keeping the team’s overall sustain high.

With burst comes the unfortunate deficit to sustained damage. All of MHXX’s skills are only good for a single turn, and her Foreigner typing means she will be hitting neutral in almost all situations except against Berserkers. Her Noble Phantasm alone also does not hit particularly hard, so Masters need the right cards to use her effectively. She unfortunately will not get to use her trait bonuses often, since Saber enemies are almost always better dealt with using Archers, and there are very few “Threats Against Humanity” type enemies.

MHXX is a great Servant for Masters who want a Servant with resistance against Berserker enemies, while not investing into a more expensive 5-star option. All is well, so long as Masters make sure she doesn’t realize they have Sabers in their Chaldea…

MHXX can give herself a 1-turn 50% attack boost, as well as another attack boost for a turn whenever she uses her Noble Phantasm. This damage is further boosted whenever she attacks Sabers and “Threats Against Humanity” (primarily other Foreigners and a few other boss enemies). What is nice is that these attack boosts carry on through the entire turn, giving her huge attack bonuses for her regular Cards on her Noble Phantasm turn. Even better, Justice of World’s End gives her an ignore invincible buff meaning nothing can mitigate her damage.

It is worthy to note that the Fantasy Trees at the end of each Lostbelt are considered “Threats Against Humanity” giving her a chance to enable her niche against them.

MHXX has some really nice Arts cards providing her with charges, and decent hit counts on her Quick and Extra cards as well. To complement that, she has a 30% charge on her Justice of World’s End skill. As a result, she usually has little trouble bringing her Noble Phantasm to the table.

Interestingly, MHXX’s second skill grants her up to 20 Critical Stars, but at the same time reduces her Star Gather rate to 0. This skill in effects means that other Servants will take her Stars and have nearly guaranteed Criticals. If a Master wants quick on-demand stars for other party members, this is the way to go.

MHXX is one of the few lower rarity Foreigner class Servants, giving Masters an opportunity for easier access to the rare class. Foreigner class Servants are the only class that receives half damage from Berserker enemies while dealing double damage to them, making them a good choice against particularly tough or high-HP Berserker encounters for their extra lasting power, where other Servants might be more susceptible to falling to an errant critical hit from an enemy Berserker.

All of MHXX’s damage boosts last for one turn only, making her dead weight after her burst for another 4 turns. Further, she lacks class advantage against any class other than Berserkers and Foreigners, meaning her damage is going to be single-stack instead of doubled. Even against Berserkers, there are other standard classes capable of providing equivalent of her burst (or better) while having better sustained damage, making her feasibility in question.

Although MHXX is a burst Servant, the majority of her burst comes from her Cards after her Noble Phantasm, and not the Noble Phantasm itself. The attack buffs are the only buffs it receives, and a lack of Territory Creation or Arts Up skill really hurts her. Even against her trait-specific damage types she only receives a 50% damage boost, which often is not enough to overcome the 100% damage boost a Servant with class advantage would have.

MHXX does have a one turn invincibility, but it is difficult to time correctly, given it is connected to her Attack up skill. In most cases, Masters are likely to use this on her Noble Phantasm turn instead of using it for survivability. Without it, she has no means of mitigating incoming damage.

As a burst servant, MHXX’s skills are all tied to her burst turn and improving its damage. However, outside of her 3rd skill there is no real need to level any skill to max as their gains are relatively low per level.

As a standard damage dealer, MHXX benefits most from CEs which provide gains for her Noble Phantasm. Starting NP Gauge CEs combined with her self-charge allow her easy early access to her Noble Phantasm. Mixed NP Gauge / Damage CEs give her a chance to dish out damage when given appropriate support. And NP Damage CEs boost up her burst turn even further.