Community Posts with Keyword Osakabehime All 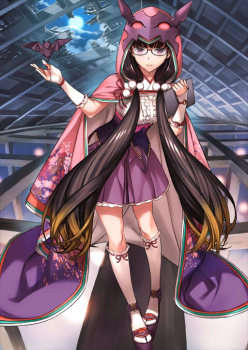 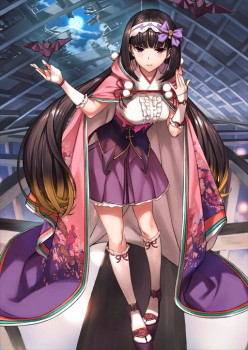 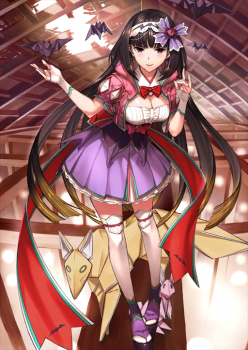 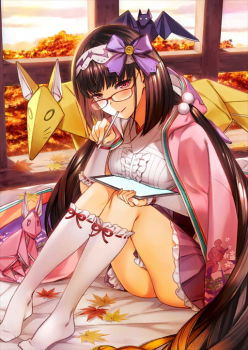 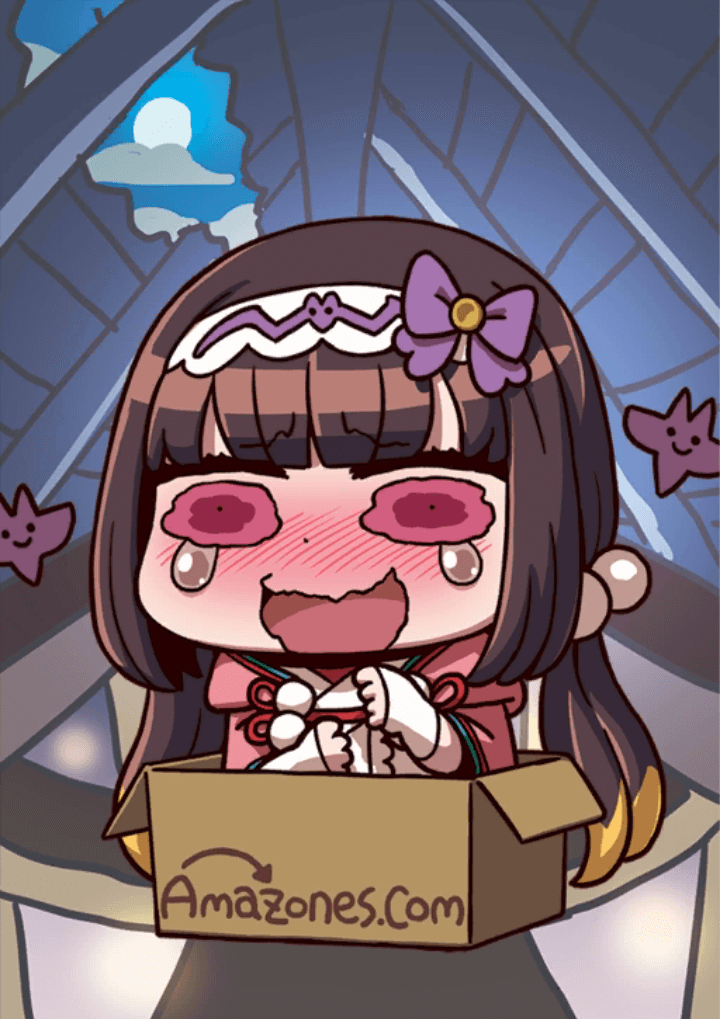 Replaces Morph A+ after Interlude 1.

Decrease DEF for one enemy (1 turn).
Remove buffs from one enemy.

Increase your Critical Star Drop Rate by 8%.
Decrease your Debuff Resist by 10%. [Demerit]

When equipped on Osakabehime,
Increase NP Gain by 15% for all allies while she is on the field.

“Hime-chan power upp ! Fufufu, It is not an exaggeration to say that I am the perfect princess.”

The de facto ruler of Himeji Castle and a famed youkai, this shut-in princess is a shadowy hybrid between a (Quick-based) Support and a survivalist with impressive durability.

Osakabehime’s defining feature is her Noble Phantasm The Great Hachitendou of Hakurou Castle, which grants party-wide Quick Performance, Max HP and Defense buffs for 3 turns. In addition, thanks to her good NP Generation rate and her Quick buff, an actively used Osakabehime can reliably keep her NP up, if not stack it. Skill-wise, Osakabehime brings mainly short-lived but generally useful support buffs. Chiyogami Manipulation brings an ever useful targetable minor NP Charge, while Castle Ghost packs a heavy one-turn Defense debuff with additional on-demand Debuff removal utility. Defensively, Osakabehime rounds out her kit with Morph’s massive Defense buffs, which if stacked with her own NP or other defensive can even allow her to survive enemy NPs.

While mainly relegated as a support to Quick-centric team on release, Osakebehime’s Interlude and Rank Up quest greatly expand the scope of her offensive arsenal. Her first upgrade adds an equivalent Buster Performance buff to her NP, bringing Buster-based Servants into her support range. Additionally, Morph is later upgraded through an Interlude to Four God Divination (Hakuro), which grants a powerful team-wide Critical Damage buff for 3 turns, finally granting Osakabehime the on-demand support she lacked before.

Yet even those upgrades will not solve her major issues as Osakabehime often finds it hard to displace more prominent and specialized Supports. While her NP gain is good overall, Osakabehime needs Arts-first bonuses and Arts chains in order to reliably fill her NP gauge. Charging Osakabehime’s NP gauge therefore necessitates prioritizing her Command Cards, which comes at a cost to the Servants she is supposed to be supporting. Given that much of Osakabehime’s support value is locked behind her NP, this is a critical weakness.

As a consequence of this, Osakabehime is much harder to fit into standard teams than are the likes of Zhuge Liang, Merlin, and Skadi. In her ideal cases, she brings considerable support value alongside some useful utility, but overall she finds herself largely overshadowed by her competition. For Masters who lack the top-level support alternatives, however, Osakabehime has the potential to prove quite valuable especially against Rider enemies.

Thanks to her Defense buff stacking, her indirect HP Recovery through Max HP, her short cooldowns and her ability to select her best card chains at her leisure, Osakabehime is also a formidable solo (or last stand) Servant for difficult quests.

While by herself, her ability to repeatedly use her Noble Phantasm to stack its buffs can cause her to outlast some of the strongest enemy Riders. However, she is particularly vulnerable to enemies with buff removal like Amakusa Shirou Tokisada or those that can bypass Defense buffs such as Okita Souji or Sakata Kintoki.

Osakabehime is mainly used as secondary support for Quick (and Buster / Critical-centric after her upgrades) teams due to a strong targetable Defense debuff on Castle Ghost, her eventual critical buffs, as well as the generally high uptime on her card performance buffs from her NP. As most of her buffs are tied to her Noble Phantasm, their downtime can be actively managed through Osakabehime’s NP Generation rate and any NP Charging Support.

On the defensive side, Osakabehime’s Noble Phantasm can raise the entire team’s tankiness by a few notches, helping the team survive against enemy damage in-between enemy NPs. When she gets the opportunity to use it repeatedly or with additional defensive help, Osakabehime can reduce boss damage to minimal levels.

With Castle Ghost’s excellent (albeit resistable) 40% Defense debuff, its on-demand Buff Removal, and Chiyogami Manipulation’s 20% NP Battery, Osakabehime is valuable as a swap-in option for Masters without powerful Supports like Merlin or Zhuge Liang during raid Events, or even Challenge Quests.

Full Potential Locked Behind Active Use

Despite being mainly a Support, Osakabehime is not a “click skills and done” type of Servant. She works best when she can repeatedly use her Noble Phantasm to pump out buff after buff. Yet, due to her lack of passive NP Charging potential, Osakabehime needs to use her Command cards quite often to raise her NP Gauge. As a result, Masters often slow down their overall damage output by prioritizing her NP Charging.

As picky as her princess side, Osakabehime is difficult to slot into any team, especially before her Buster upgrade. Her Quick-centric kit means she is meant to be used alongside other Quick-based Servant, yet she is reliant on her own Art cards as well as additional NP Charging from other Supports to function to the best of her capacity.

Often she functions best alongside a highly potent dedicated passive teamwide Support like Merlin or Zhuge Liang who can help charge her NP without relying as much on her own cards. This aspect becomes much stronger with her Buster buff opening up more Servant options.

Even with her multitude of Defense buffs, Osakabehime does not have a true means to completely bypass heavy hits, and she is particularly vulnerable when her buffs are not up, or when she is up against enemies with buff removal or/and Defense ignoring effects. Luckily, she can at least remove enemy attack buffs.

All of Osakabehime’s skills are universally useful and have very reasonable 5 turns cooldown at max level. It is highly recommended that Masters raise their skill levels to at least level 6 for the improved cooldown. As a support Servant, Osakabehime’s performance greatly centers around her skills, and for her long-term use it is essential all her skills are eventually maxed.

As a Support, Osakabehime works best with Passive Critical Star Generation and Passive NP Generation to reduce the burden of having to use her cards frequently. While Starting NP Gauge can help kickstart her NP chains, her need to use her cards frequently along with her good base NP Gain performance makes NP Gain a viable option as well. Masters looking to use Osakabehime in conjunction with Chaldea Combat Uniform Mystic Code may find Craft Essences that grant Buffs upon Entry excellent to improve her support capacity. For soloing, Defense Up is a great stat to look for, as it stacks with her own Defense buffs to raise her damage mitigation to an impressive level.