Community Posts with Keyword Parvati All 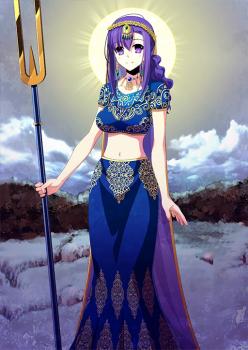 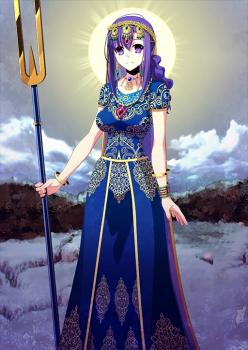 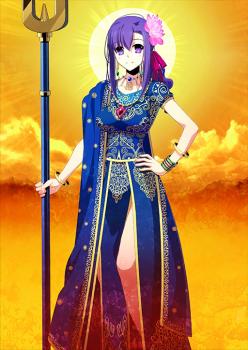 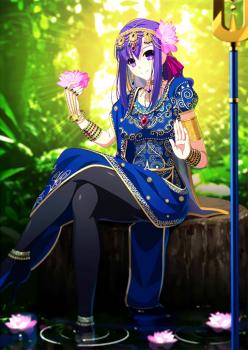 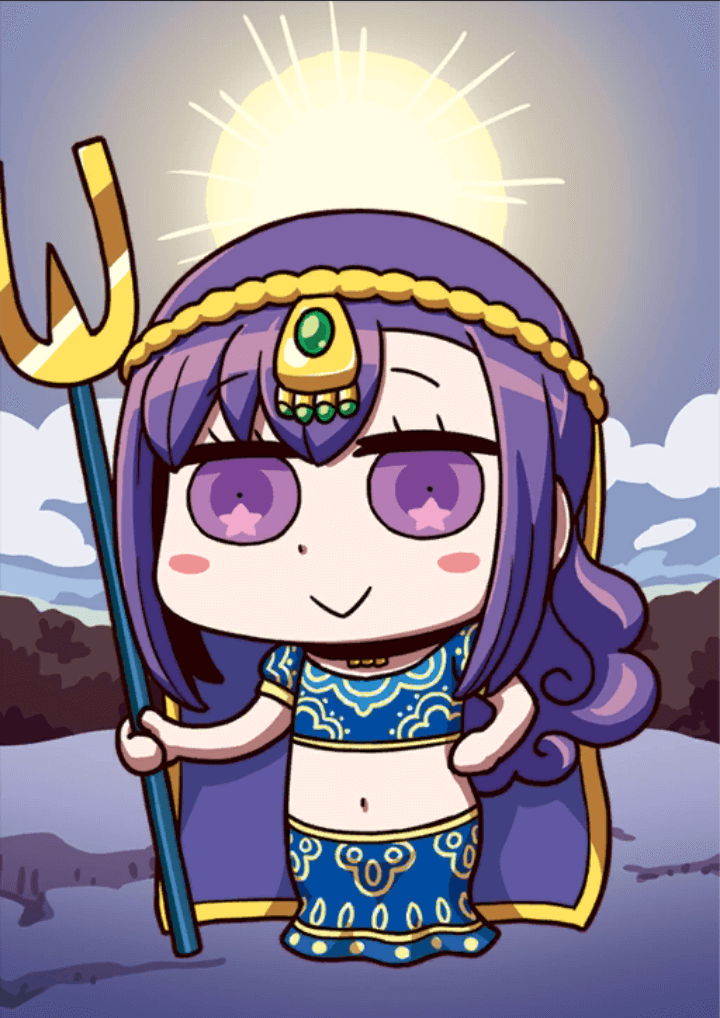 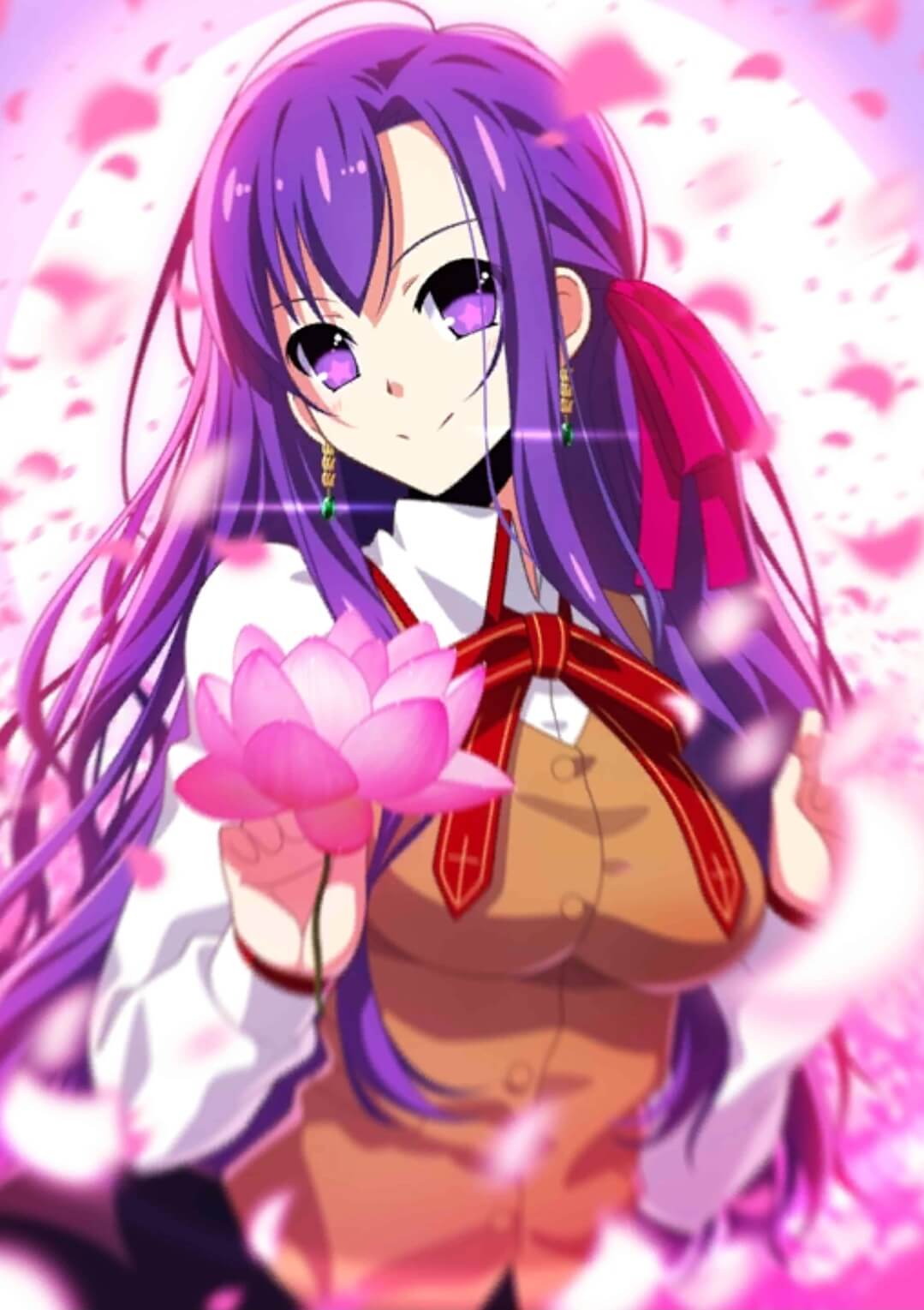 Blessing of a Goddess A+

(Usable only when your NP Gauge is 10% or higher)
Increase NP gauge for one ally.
Restore HP for one ally.
Decrease your own NP Gauge by 10%. [Demerit]

Deals damage to all enemies.
60% Chance to inflict Charm on all enemies (1 turn).

Knowing What is Love, and Refusing to Love; That is Antipathy

“Master, am I a burden to you? I was told that I am a heavy woman, so please bear with me … Oh, I did not mean it in a physical sense, but emotional !”

Motherly and elegant, the Hindu Goddess Parvati comes to Chaldea’s aid by possessing a young familiar girl. Parvati’s skill set has a clear and focused purpose: to repeatedly use her Noble Phantasm, Trishula Shakti, via its high NP Refund while providing some team NP Charging and Charm support along the way.

Parvati's kit is more than the sum of her parts. Her NP spamming potential results from a combination of her strong NP Generation Rate per hit, a 4-hit Quick NP, her NP’s Overcharge Refund and Imaginary Around’s 3-turn Quick Performance and NP Generation buffs. To ensure her NP hurts, Parvati’s offense is rounded off by Ash of Kama, which not only provides a powerful Attack Up for 1 turn, but also provides powerful Defense, Star Generation and Debuff Resistance enhancements.  Yet, Parvati also dabbles in support as her Blessing of a Goddess has the freedom to both heal and NP Charge an ally or herself. This support aspect is further augmented by her NP’s 60% AoE Charm and additional teamwide 10-30% NP Charge which synergizes immensely well with her NP Spam potential.

Regrettably, not all is divine. For a 4 Star Lancer Servant, Parvati’s base Attack is quite lackluster, which causes her overall damage to take a serious hit when her powerful self-buffs aren’t active. On the defensive side, Ash of Kama is generally reserved for empowering Parvati’s NP, leaving Parvati reliant on others especially since she lacks any hard survival tools. Lastly, to fully unlock Parvati’s NP Spamming and farming potential, she typically relies on the presence of additional powerful Quick Support options (or a higher NP level) to hit the right damage benchmarks..

At odds with her gentle nature, Parvati has the potential to be a massive farming powerhouse in Quick-based teams featuring Scathach=Skadi. But even outside of farming, Parvati’s mixture of support, offense and overall impressive NP Generation provides plenty of opportunities to show off her divine might.

Parvati’s NP Gain is not that different from Servants such as Sakata Kintoki (Rider), Altria Pendragon (Lancer) and Meltryllis who all possess 2-hit Arts cards with strong Quick/Extra cards, and a high Base NP Gain. Any AQQ-chain from Parvati will produce very impressive NP Gain, especially under the influence of Overkill and Imaginary Around.

In fact, with a 3-hit Buster as well, any Extra chain that starts with an Arts card grants strong NP Gain. For a full list of her various card combinations, her NP Refund potential and her NP Gain, please visit the Command Chain Calculator.

Parvati’s innate NP Generation rate per hit is already pretty good, and coupled with Imaginary Around’s Quick and NP Generation buff (stacks multiplicatively), Blessing of a Goddess and her Noble Phantasm giving teamwide NP Charge, Parvati will rarely have trouble building up her NP gauge. In fact, with powerful Quick-based support and additional NP Charging, Parvati’s 4-hit AoE NP can be used multiple times in a row in quests with multiple enemies.

With Imaginary Around and Ash of Kama, Parvati’s Noble Phantasm can deliver serious pain with class advantage. When farming neutral class enemies though, Parvati’s damage can appear a bit lackluster especially without a high NP level and/or Ash of Kama active, but Parvati can rely on the frequency of her Noble Phantasm instead.

Blessing of a Goddess’s targetable nature makes it a solid support skill that can be used for emergency healing or as an NP battery for a teammate. Additionally, Trishula Shakti has an ever-useful teamwide NP battery effect and an AoE Charm, giving Parvati some good utility even when she goes on the offensive. If Parvati launches her NP first, she can use its 10% refund to charge an ally by up to 30%, opening up some more CE possibilities.

With a Quick-centric card deck and Trisula Shakti’s decent hit count, Parvati can generate a sizable chunk of Critical Stars after using her Noble Phantasm, or performing a Brave Chain. Given her own Quick buff, she stacks remarkably well with additional Star Generation buffs.

Without her personal steroids active, Parvati’s damage leaves much to be desired. This is mainly due to her lower base Attack in comparison to other prominent Lancers, and Ash of Kama’s single turn duration.

Even with her high base HP, Heal, AoE Charm (albeit unreliable), Defense buff and high natural Debuff Resistance, Parvati is not a particularly durable Servant during harder quests. Often this is due to each of her skills carrying multiple powerful effects for offense or support for others, leaving Parvati herself defenseless. Her lack of hard survival also makes her reliant on support to survive enemy NPs.

Parvati’s base performance is insufficient on its own to handle multiple waves of enemies in a row. To reach her full potential, Parvati will need powerful Quick Support options feeding her Attack, Quick Performance, NP Generation and especially additional NP Charging support. She also scales particularly well with higher Noble Phantasm levels as the higher damage will result in her getting an Overkill bonus easier, although her NP’s Overcharge eases the NP Refunding requirements a fair bit.

Parvati skill set is all-around stellar, and all of her skills are highly recommended to raise when it comes to unlocking her farming powers. Imaginary Around and Ash of Kama are her main steroids and provide more immediate benefits, especially when it comes to hitting damage benchmarks with her NP. Blessing of a Goddess only really comes into its own at max rank, and even then carries a fairly hefty demerit. It can thus be leveled last.

Parvati is rather flexible with her Craft Essence choices, but highly prizes Attack stats from CEs to patch up her low base Attack. To quickly kickstart her NP madness, (pure) Starting NP Gauge is essential. As Imaginary Around and Ash of Kama already give Quick Performance and Attack buffs respectively, NP Damage Up scales very well. Still, given Parvati’s reliance on her Quick cards, Quick Performance Up remains a strong option. Lastly, if Masters do want to use Parvati in a more support role, she can be used with Active/Passive Critical Star Generation.