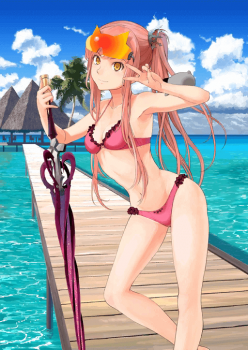 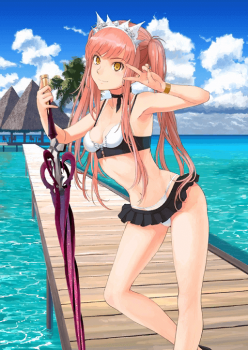 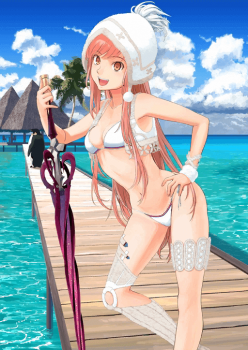 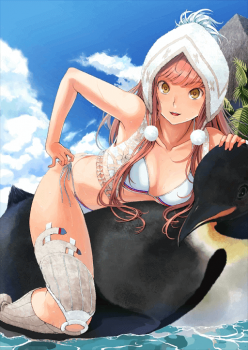 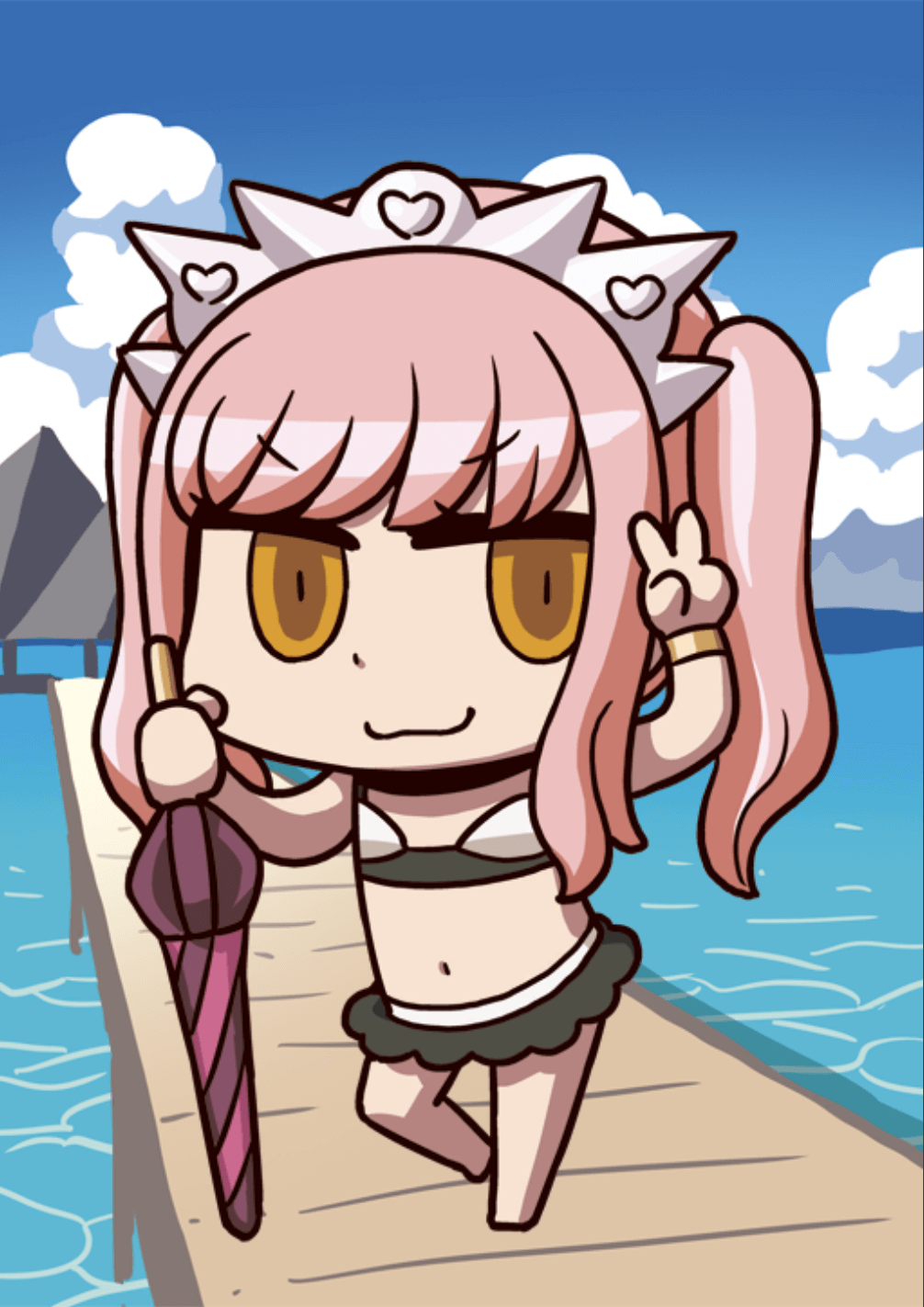 One Shot, My Love A+

One Shot, My Love

When equipped on Queen Medb (Saber),
Increase all allies' NP Generation and NP Damage by 10% when she is on the field.

The pure(ly lewd) Queen Medb knows just how powerful her own charm is, and with the coming of summer, is anyone really surprised that she has turned into a bikini-clad celebrity, set to rule over the entire beach? Medb (Saber) is a single-target Ars damage dealer with a versatile skillset which boosts not only her own performance, but also that of her allies.

Medb’s primary source of damage comes from her Noble Phantasm, the damage of which she can boost through Eau de Toilette White Honey and Queen's Discipline (Sea). Furthermore, each of the NP’s 6 hits has a chance to apply a 10%, 3-turn defense debuff (for a maximum of 5 stacks). Wardrobe Change - Swimsuit’s passive NP Charge per turn means that Medb can potentially land a second NP during the debuff’s duration, further increasing the NP’s damage. Notably, all of Medb’s offensive buffs (and debuffs) can be utilized by her allies, who also gain Critical Damage Up from Medb’s third skill. Rounding up her kit is an AoE, 60% chance universal Charm from Eau de Toilette, which is pretty effective for stalling purposes.

Prime among Medb’s weaknesses is her very low Attack stat, which severely limits her damage potential despite her various offensive buffs. Second is her somewhat subpar base NP gain; and while her first skill largely makes up for it, she should not be expected to spam her NP any time soon. Lastly, Medb (Saber) has no real survivability tools outside of her Charm, which can pose a problem in longer fights.

All in all, while Medb (Saber)’s low attack is a huge hindrance to her performance, her NP charge stability and supportive kit means that she’s a decent secondary damage dealer, and she even does quite well inside a well-supported team. Granted, she won’t be competing against more established damage dealers such as Lancelot (Saber) or Yagyuu Munenori in terms of raw damage, but when those 5 stacks of Nice Shot! do hit, they can easily turn the tide of a fight!

The NP Charge per turn effect provided by Wardrobe Change - Swimsuit grants a certain stability to Medb’s playstyle with up to 20% NP per turn, all but guaranteeing an NP with a minimum amount of reliance on RNG. Furthermore, its per-turn nature means that the NP Charge will rarely overflow, though at the expense of having its benefits inaccessible until the turn after the skill’s use.

While Medb’s skills are commonly used to benefit herself, a considerable part of her kit can be used to benefit her allies as well. With passive star generation from her first skill, Arts Resistance Down and AoE Charm from her second, her third skill’s Attack Up and Critical Damage Up, as well as her NP’s defense debuffs (which at 5 stacks reduce the enemy’s defence by a whooping 50%), Medb proves to be surprisingly good at supporting her allies.

Medb’s attack stat is among the lowest within her rarity, a weakness which is the bane of any damage dealer Servant. In Medb’s case, her damage ends up being passable thanks to her various buffs, but it’s safe to say that she won’t be contending for a top damage dealer spot in the foreseeable future.

Despite Medb having a very powerful NP Charge tool in the form of her first skill, her low base NP gain prevents her from being able to fully capitalize on its benefits. While she would still be capable of performing NPs reliably while her first skill is active, NP spamming is more or less out of her options, which exacerbates the aforementioned problem of low attack.

No Hard Survivability or Sustain

While Eau de Toilette’s AoE Charm in itself is pretty effective in reducing damage from mob waves, its RNG factor and one-turn duration makes it a pretty unreliable tool against bosses. Barring this, Medb has no ways to sustain or defend herself, leaving her at the mercy of supports in longer fights.

All three of Medb (Saber)’s skills contribute to her overall damage dealing capability, none of them requires maxing in order to be useful. Nevertheless, having her first skill at a high level will increase Medb’s NP gain stability, which is very valuable considering her base NP gain.

Medb (Saber) pairs best with hybrid Starting NP Gauge CEs (with secondary effects of Arts Performance Up, NP Damage Up or Attack Up), though pure offensive CEs may be a better fit in well-supported teams. Other than these, pure Starting NP Gauge CEs can be used when her NP is needed in the first two turns.