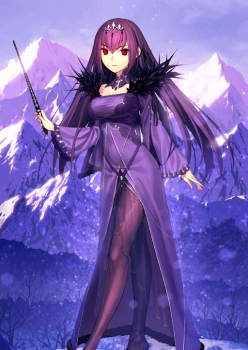 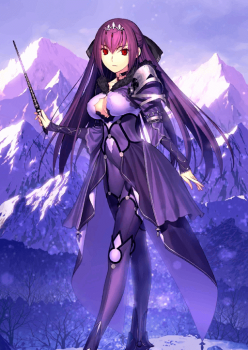 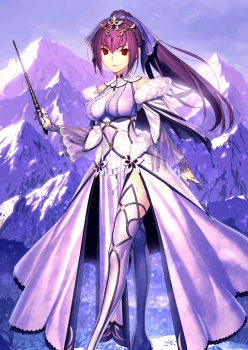 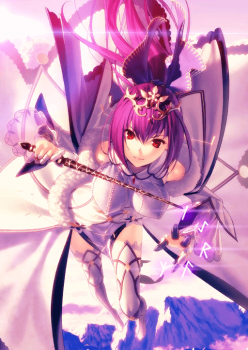 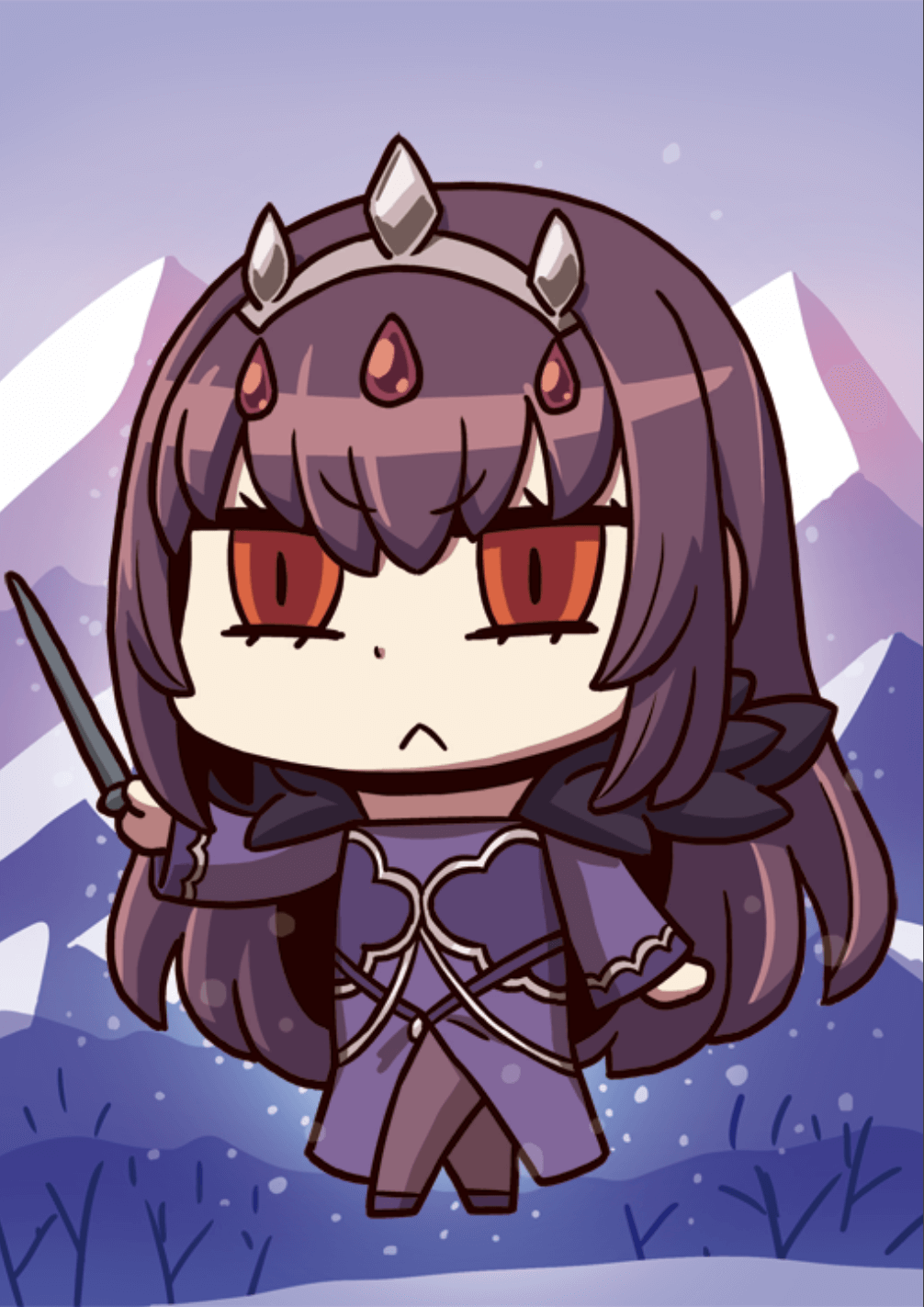 Increase NP Gauge for one ally.

Gate of Skye A+

Gate to the Magical Realm Brimming with Death

The Love the Gods Bequeathed

When equipped on Scathach=Skadi,
Increase all allies' Quick Card effectiveness by 10% and Critical Damage by 15% when she is on the field.

“Do not forget: You serve me.”

Ice, snow, and cold all bow down to the ever loving goddess of Scandinavia, representing yet another aspect of Scathach in a different mythology. An Arts Support Servant with the ability to supercharge Quick cards and a hefty NP charge, Skadi isn’t just a great Servant, but a Servant who will change how Masters play the game.

Skadi is the undisputed Goddess of the Quick. Taking from her Scathach aspect, through Primordial Rune (Skadi) she grants any servant a massive 50% Quick up boost as well as boosting their Quick critical damage, generating masses of critical stars and improving Quick card NP gain. Not only that, but she’s able to boost any Servant’s NP gauge by 50% with Allfather's Wisdom B+. With these two skills combined, Skadi (with a combination of other Servants) can enable the use of Noble Phantasms three times in a row for a subset of AoE Quick Servants. Her second skill, Shivering Blizzard B, isn’t wasted either, further increasing damage on a single wave via a 3-turn defense down equivalent to some of the strongest attack buffs in the game. If that isn’t enough, her Noble Phantasm, Gate of Skye A+ will boost up her allies’ critical capacity while giving them an evasion, death immunity, and damage cut.

While Skadi has impressive support capacities, she is by no means perfect. Given her Caster classing and lack of offensive Noble Phantasm, her own offensive output will be minimal at best. She also lacks on-demand survivability, with it tied to her Noble Phantasm instead of a skill, and only providing a one-hit evasion. Her NP recharge is also fairly poor since she only has 2 Arts cards compared to the standard 3 for a Caster class, but her high Quick hit counts can make up for the poor spread. She has some difficulty in sustained fights as well, having few sources of damage mitigation (solely damage cut tied to her Noble Phantasm), and no means of restoring health or stalling the enemy. She ultimately is built for encounters that are meant to be over quickly.

Teams built with Skadi as a feature are among the best farming teams in the entire game. Masters would be well served to use her to loop Quick Noble Phantasms and mop the floor with their enemies, even if Skadi doesn’t like killing anyone and is only really interested in ice cream.

Skadi creates an entirely new meta in the game, giving Servants with high hit-count AoE Quick Noble Phantasms the ability to use them up to three times in a row. By boosting their Quick cards 50% they can gain just enough gauge with each Noble Phantasm that her 50% charge will boost them up again. This is facilitated by the use of two Skadi (with Support), where stacking both Quick Card buffs ensure the NP gauge refund will be sufficient, and both Skadis can each charge the NP Gauge by 50%, one for turn 2, and another for turn 3.

Not many servants in the game can offer an on-demand 50% targetable charge skill. With a Chaldea Combat Uniform and friend support, this does provide a possibility for a 150% charge using a Waver and either a second Skadi or second Waver, giving access to some nice overcharge effects such as on Rider Kintoki or Illya (if supported with a 50% starting charge CE).

While Skadi’s primary benefit is creating an opportunity for NP Looping, one should not discount her boost to sheer damage output. With 50% Quick damage up and a 50% charge, she can afford Servants the opportunity to use certain Craft Essences like the Black Grail or Holy Night Supper to levy a boatload of damage against enemies. To make matters even worse for her enemies, she packs a nasty punch with her 30% Defense down to all enemies.

Make no mistake, Skadi is a support Servant. One should not be expecting to use her for much more other than boosting her allies and changing the entire game into a Quick-oriented one. She has low attack for a 5-star Servant, which is made even lower by her 0.9x Caster modifier, and she lacks an offensive Noble Phantasm.

Skadi comes with two tools to mitigate incoming damage: A decrease to Critical chance for enemies on Shivering Blizzard, and her Noble Phantasm. While her Noble Phantasm is effective for mitigating damage via a one-time evasion for the short run and a small damage cut for the long run, it is still a Noble Phantasm requiring a full charge to use as opposed to being an on-demand skill. She also lacks further defensive options such as heals or defense which could bolster her party’s survival.

Skadi’s Noble Phantasm gain rate is admittedly decent thanks to her high hit-count cards. However, it can be difficult at times to raise her Noble Phantasm to max based on the compositions she is slotted into. Masters generally want their Quick DPS to do most of the attacking, so using her Cards is counter-productive, and a charge used on her to max her Noble Phantasm is generally a waste of resources which would better be served going to the Quick DPS for extra Noble Phantasm turns. The only exception is if an enemy NP is incoming, and no other means of damage mitigation aside from Skadi’s NP are available.

Skadi exists to boost up Quick Noble Phantasms, and her first and third skill work in concert in doing exactly this. Without a doubt, Masters will want to boost these skills up no matter what the expense. Her second skill is much less important, but to make a complete kit is also a requirement.

Skadi provides so much good to a team, there is not much that she is missing, so her Craft Essence selection should focus on supporting her allies. If a Master wants to access her Noble Phantasm, using a Staring NP Gauge CE with proper setups will allow her the chance. Alternatively, a Master may want to guarantee Critical stars to make use of her Critical Damage boosts, so Critical Stars CEs can be helpful. If a Master wants to protect her from incoming damage, an Invincibility CE may be the best option. Unlike most Servants, her Max Bond CE is also a great option to provide damage support.

FGO Mafia [R8] - Day Discussion Thread Part 2: someone lynch shinx :fgo_medeagrin:
FGO Mafia [R8] - Day Discussion Thread Part 2 image1280×720 139 KB The first Day Phase…
Busti's Stall Diary Chapter #154: A Daughteru that's bigger than everyone's future
Hello peeps, this is a normal appreciation post for the best daughteru/kaiju of FGO. …
Command Codes for Mata Hari?
Hey everyone. So one of my friends recently got back into FGO after dropping the game…
New player here, Kama or Melt worth it?
First of all hello there and thanks in advance for any advice given. I started out…
FGO Mafia [R8] - Night Story & Lynch Thread
This post is where I will update the story (night phase, where everyone kills each…
Read More