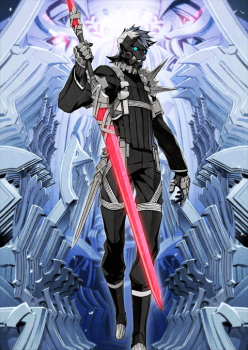 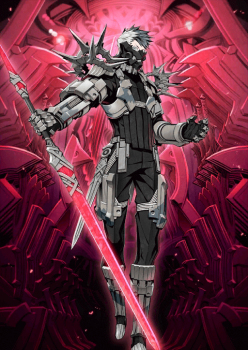 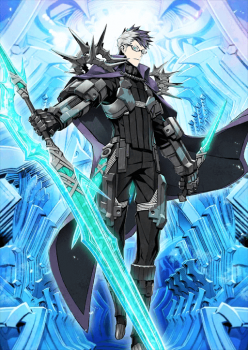 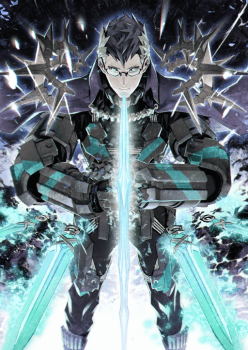 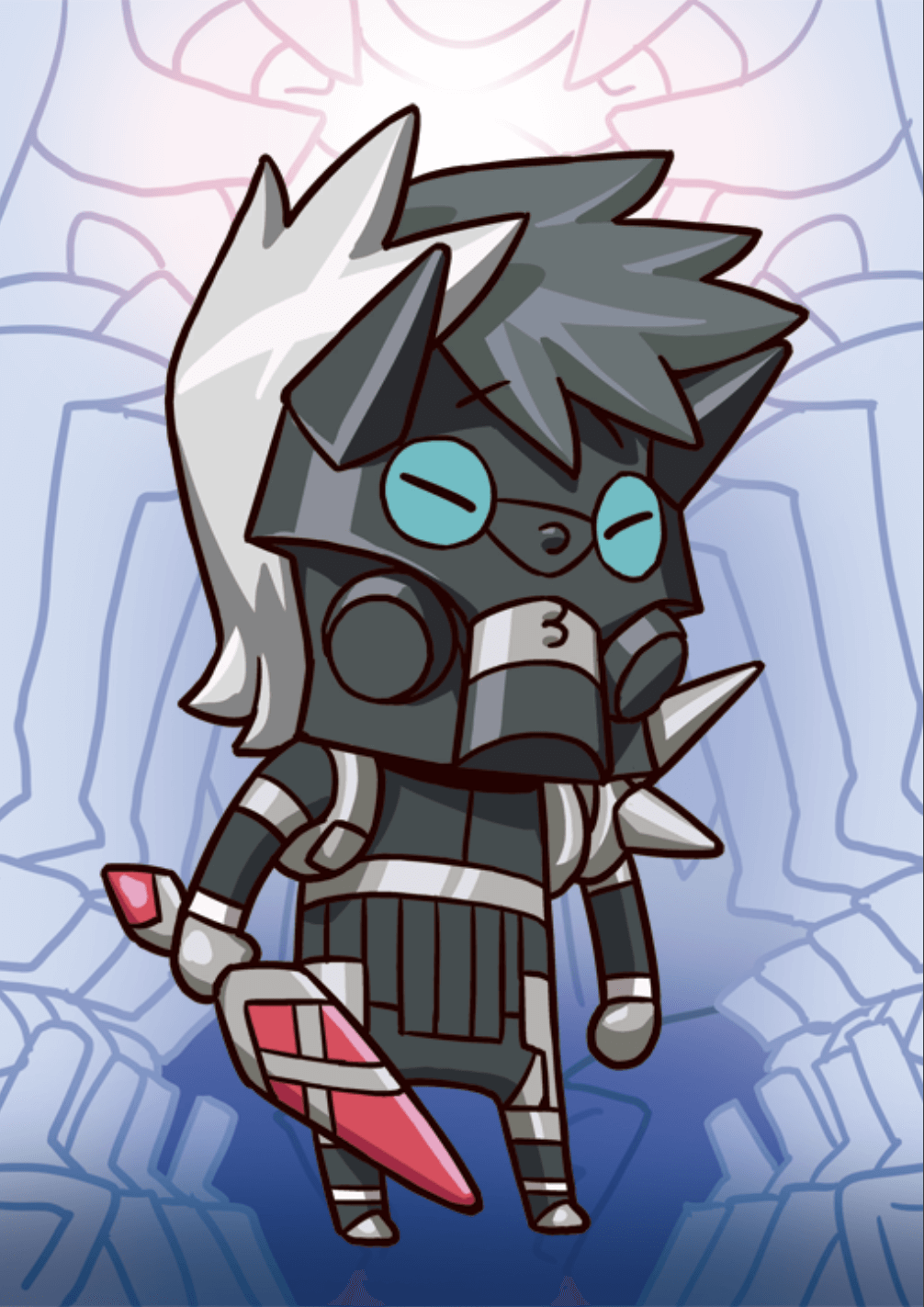 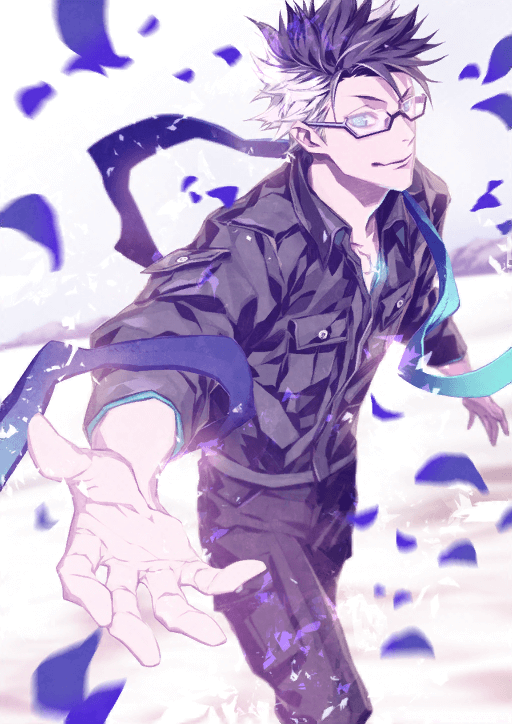 When equipped on Sigurd,
Increases Party's Buster Card effectiveness by 10% and Critical Strength by 15% when he is on the field.

“If you praise evil, I will praise good and reject you.”

Sigurd had quite a life, both slaying a dragon and getting murdered by Brynhild for tricking her into marrying another man. He returns from the annals of history to continue his anti-dragon rampage and unleash a fury of critical hits upon his foes, all while wearing glasses!

Sigurd truly lives up to his name as a dragonslayer, with his single target Buster type Noble Phantasm, Bolverkr Gram A+, dealing supereffective damage against a single dragon type enemy. This damage is further boosted with his Dragon Modification EX buff, which increases his Buster card damage and further grants him a bit of survivability with Guts. However, where he really shines is with critical damage, gaining a whopping 100% damage on Critical hits with Primordial Rune (Warrior) B and increasing an ally’s star drop rate with Crystallized Wisdom A for a turn.

While his dragon damage is nice, there are rarely situations where Sigurd ends up being the best choice in a practical sense. Most dragon enemies are Riders, and most single target Assassins can outperform him against such enemies (including some that are readily available in the friend point summon pool). When not facing a dragon, his damage drops off considerably, becoming a middling single target option at best. His critical boost can also prove to be disappointing, given how he does not have a Critical star gather skill to ensure his Criticals hit.

If one is in need of a decent Single Target Dragonslayer for the rare Lancer-class dragon enemy, Sigurd is your best bet. He also could work with the right Critical build. However, another great reason for a Master to roll for him is because he is one of the only Servants in the game rocking vision-correcting glasses proudly!

True to form, Sigurd wallops dragons with a supereffective mod which increases with overcharge. With anti-trait bonus, this gives him one of the strongest Noble Phantasm bursts in the game.

Primeval Rune (Warrior) gives Sigurd a huge burst to Critical Damage, with a massive 100% increase for 3 attacks over 3 turns, whichever comes first. With extra buffs, this can lead to some devastating Critical hits, possibly on par with standard Noble Phantasm damage. If facing non-dragon enemies, a Master may want to consider using his Buster boost to further boost his Criticals thanks to the sheer damage they gain.

Sigurd comes with a number of traits such as Divine and Dragon which can result in extra damage boosts from other Servants with trait-specific buffs, such as Jeanne d’Arc (Alter) or Stheno. This comes at the cost of also being more susceptible to damage from enemy Servants with special traits supereffective modifiers.

While the game is rife with dragon type enemies, the vast majority of them are Riders. When they are not Riders, there is almost always another Servant in their anti-class who can do more damage against them than Sigurd. Even against Lancers, he does not provide too much of a benefit over Siegfried who is capable of doing similar damage against all enemies as opposed to a single one.

Sigurd has wonderful critical hits, but his Noble Phantasm is on the weaker side for his rarity and class. He is out-damaged by several free Servants, and his Noble Phantasm also does not provide any other beneficial effects. He has decent NP gauge gain rate, but a Master will often feel underwhelmed by his damage when not facing a dragon.

While Sigurd can deal heavy Critical Hits, it is hard to gather Critical Stars to him. He has a middle to low gather rate, and no skill to ensure he gathers the stars to boost his cards. This is partially compensated for by his 1-turn Critical Star drop rate boost, but it’s still not enough at times to make full use of his critical capacity. This weakness can also be offset notably by his lorewise companion, Brynhild, who can provide a Star Gather boost to an ally of choice.

A Master looking to make the best usage of Sigurd in all situations should not focus on his Noble Phantasm damage, but instead focus on boosting his Critical hits. Once he has maximized his Critical potential, the Master can worry about other damage boosts.

Sigurd is primarily a Critical based Servant without an ability to gather stars for himself, so Critical Gather Rate CEs solve most of his problems. Should one have other ways to get stars to him, he benefits mostly from Critical Damage CEs to boost his general damage on Critical Hits. If one is mostly concerned with his Noble Phantasm for dragon enemies, easier access to an unleashed Noble Phantasm can be gained through Starting NP Gauge CEs.