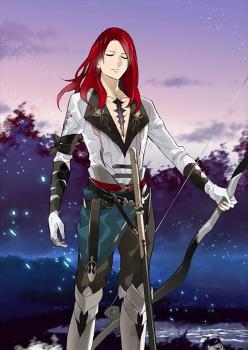 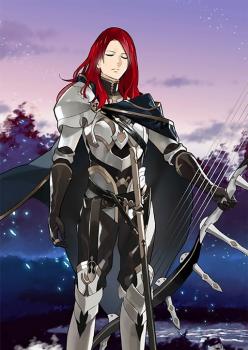 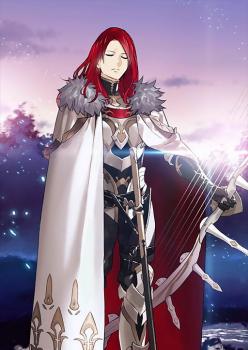 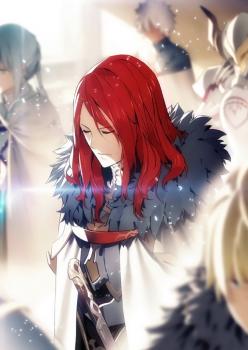 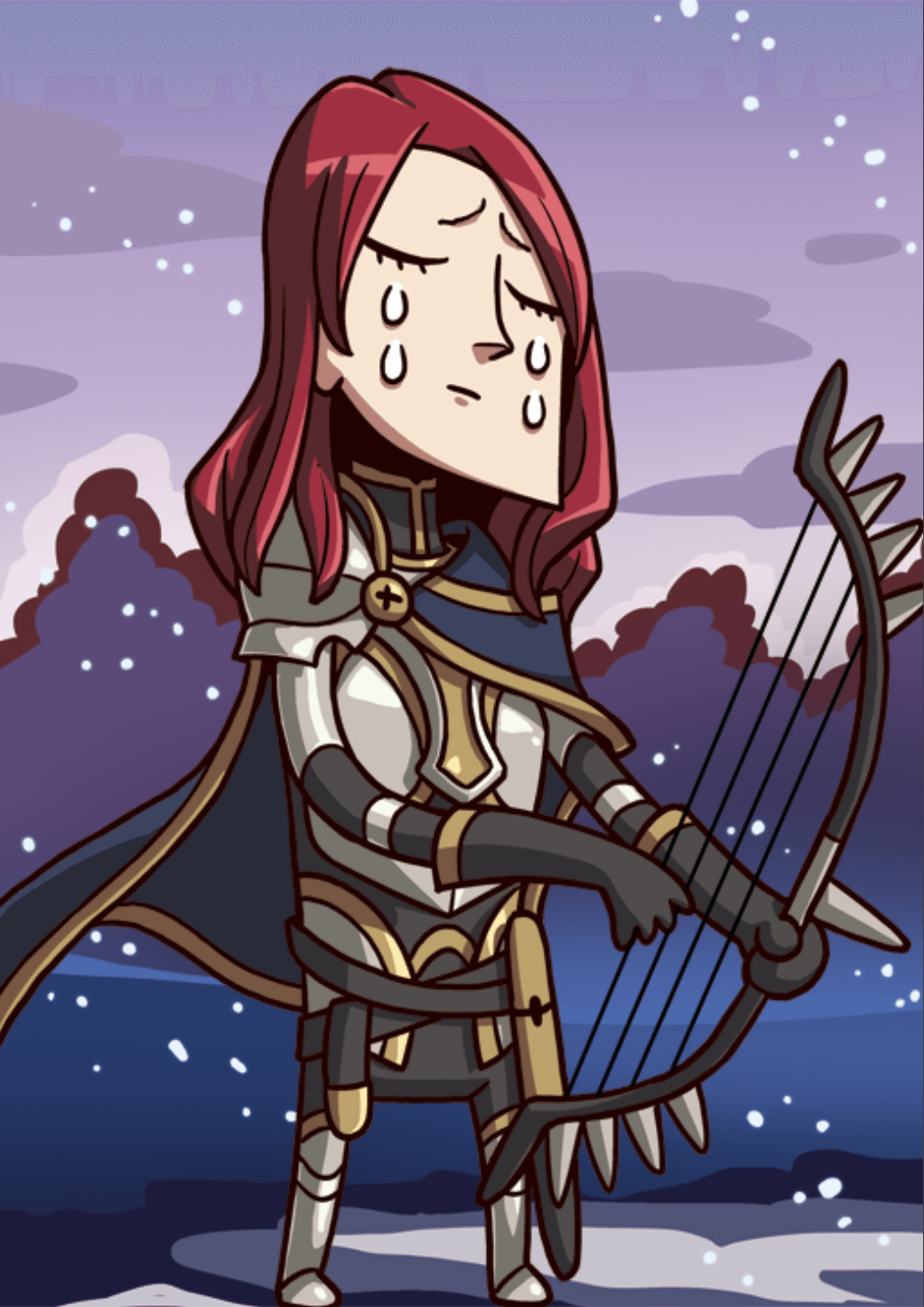 Self NP Gauge Up Self NP Seal [Demerit] Buff Removal

Remove Mental Debuffs from all allies.
Apply Evade to all allies (1 time).
Recover HP for all allies.

Critique to the King B

Apply Sure Hit for yourself (1 turn).
Deal significant DEF-ignoring damage to a single enemy.

But I Lied Once

When equipped on Tristan,
Increases party's Critical Strength by 25% while he is on the field.

A member of King Arthur’s court and the titular character of Tristan and Iseult, Sir Tristan is one of the Knights of the Round, and an archer of unparalleled skill. His somber bearing and seemingly delicate appearance belie a man of great passion, who once rebuked King Arthur himself and stormed out of Camelot. As an ST Quick Archer, Tristan brings to battle a well-rounded overall performance with a wide array of utility and support options.

Tristan’s main source of damage comes in the form of his Quick ST NP Failnaught, which post-Interlude will begin to hit for a decent chunk of damage and Ignore Defense. Thanks to his strong base NP generation and Unblessed Birth, Tristan can unleash his Failnaught fairly often, generating a decent number of stars each time thanks to its good hit count. In addition, Tristan has extensive support capabilities, such as providing an ever-useful 1-hit Evasion for each party member, stripping an enemy of pesky buffs and reducing their critical hit chance, and making an enemy more susceptible to useful debuffs, such as Stun and Defense Down.

Unfortunately with such a focus on supporting the team, Tristan naturally finds his damage outside of his NP to be on the lower side compared to his peers due to his lack of active damage buffs, with only Independent Action providing a small boost in damage to his crits. In addition, his QQAAB deck means most of his Brave Chains will be some combination of Arts and Quick cards, rarely benefiting from the high damage multiplier on Buster cards. Add in the NP Seal demerit on his Unblessed Birth and his lack of strong personal defenses, and Tristan ends up being not particularly well suited to be the main attacker of a team.

In short, Tristan excels in fights where straightforward smashing is not the best way to handle things, as is often the case in Challenge Quests and Main Story Quests. After all, brute force isn't always an option, with many powerful enemies routinely having multiple HP bars to burn through before the fight is finished.

While sources of Defense Up and healing are a common way to raise a Servant’s and/or party’s survivability, not many Servants are capable of providing an on-demand 1-hit Evasion for the party. As such, Tristan is an excellent Servant to bring in to protect against sudden or inevitable AoE NPs.

Tristan is one of a small number of Servants capable of removing an enemy’s buffs with either a skill or NP. In Tristan’s case, his buff removal is tied to a skill, which gives him a little more flexibility in use compared to Servants that rely on their NP to clear buffs.

Tristan’s QQAAB deck, combined with his high hit counts and decent base NP gain, leads to Tristan being a good active Critical Star generator and NP spammer. Considering Tristan also has Unblessed Birth to jumpstart his NP Gauge, and high base Archer star weight to indirectly boost his generation performance via critical hits, Tristan's NP can be unleashed fairly often.

Tristan lacks damage buffs of his own, leaving him entirely reliant on other Servants, Craft Essences and/or Mystic Codes to improve his damage. His QQAAB card deck is also more focused on generation than damage potential.

Though Harp of Healing is a nice team-wide defensive buff, it is also Tristan’s main defensive measure. Because it provides only minor healing and prevents damage from only 1 attack, it’s a skill that’s rarely used outside of countering an enemy’s NP in high stakes combat, which means Tristan will be reliant on external defensive options and the critical chance down on Critique to the King, especially against enemies with strong basic attacks.

While Tristan is not alone in having a battery skill with a demerit, Tristan’s demerit on Unblessed Birth is unique in that it inflicts a 1 turn NP Seal on him the turn it’s used. As a result, Masters generally need to wait one turn to use his NP unless one has a method to either remove debuffs or prevent debuffs from applying in the first place.

Tristan has 3 great skills: a strong party-wide defensive skill with Harp of Healing, an NP battery in the form of Unblessed Birth, and rare enemy buff removal as found in Critique to the King. Unblessed Birth is the most important skill for Tristan to level, to the point that he wants to have it maxed for both the improvements in the skill’s scaling NP Charge effect and for the cooldown reduction. Harp of Healing should be leveled next for the cooldown reduction as surviving successive (AoE) NPs often requires as low a cooldown as possible. Finally, Critique to the King is the least important skill to raise, due to its poor scaling and how infrequently one will typically use it in a fight.

Because Tristan has a potent battery skill, he is one of the few Servants that can equip a stronger non-starting NP Gauge CE and still perform well for any battle length. Ideally he uses a CE that provides Quick Performance Up or applies NP Damage Up. Other effects, such as NP Gain Up or Critical Damage Up, aren’t as valuable for Tristan unless one goes the distance in ensuring Tristan regularly crits, as the improvements provided by CEs aren’t as large compared to what other Servants can provide Tristan with their skills.

[JP] FGO Winter Caravan Online 2021 Vol. 3 Stream
Stream to start at 1640 JST, about 5 hours from now. The first 20 minutes or so is…
Busti's Stall Diary Chapter #182: We don’t laugh because we feel good, we feel good because we laugh!
It’s a Bob Ross quote…
Hey everyone it's me again 🤣
This is probably my last question about kiara, so here it goes, I buy all the debuff,…
Kiara fight advice/help/support?
I’m having some struggles with the Kiara fight, and was looking for some advice…
Lore Question: Beast Kiara vs Nine-Tail Tamamo-no-Mae? Who Wins?
I’m not as familiar with the larger Nasuverse lore since I’ve never played the other…
Read More