Community Posts with Keyword Ushiwakamaru All 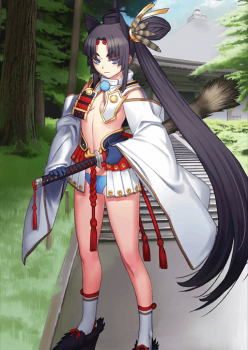 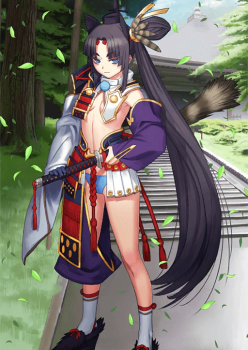 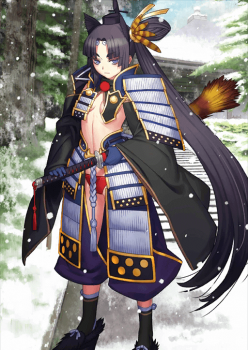 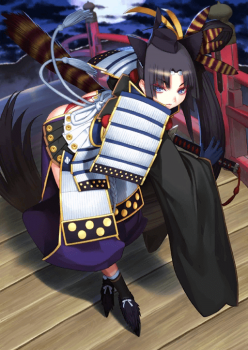 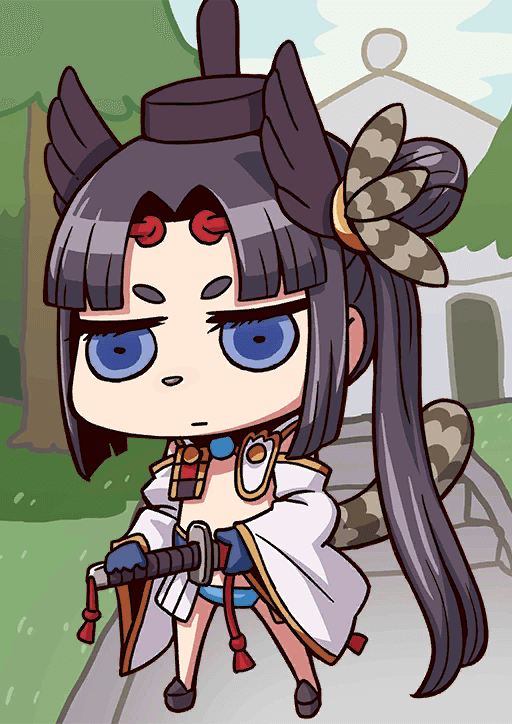 Art of the Swallow B

When equipped to Ushiwakamaru,
Increase Quick Card effectiveness of all allies by 15% while on the field.

The younger, genderbent incarnation of the renowned Minamoto no Yoshitsune joins Chaldea with a craving for severed Caster-heads and headpats. A Quick-based Servant, Ushiwakamaru excels at deleting Enemy Bosses and providing some team support on the side. With Single-target Rider Servants being a rarity outside of the gacha, Ushiwakamaru carves out a strong niche for herself in any Chaldea. For her rarity, her upgraded Noble Phantasm stands tall amongst the most damaging Noble Phantasms that do not rely on a trait for bonus damage.

She is not perfect, however. Despite being a Quick Servant with two different star generation buffs, Ushiwakamaru refuses to generate any decent amount of critical stars. While her NP generation is above average with Tengu’s Strategy up, the low hit counts on her cards are simply too detrimental for star generation. Furthermore, most of Ushiwakamaru’s damage is locked to her NP as her QQAAB deck isn’t ideal for high damage from command cards. Regardless, Ushiwakamaru’s overall performance makes her an excellent investment for any Master, especially those new to Chaldea.

Outside of rolling the Saint Quartz gacha, there is a distinct lack of strong single-target Cavalry Servants. However, many of the singularities in part 1 tend to feature fights with demonic pillars that possess a weakness to Cavalry Servants. Ushiwakamaru is the answer to many of these encounters and the Evasion upon Rank Up also ensures she can survive better during these challenging encounters.

With access to an A+ Riding passive, Charisma and an NP Interlude, Ushiwakamaru can deal some tremendous damage with her NP to one target. Furthermore, her Rider-class star weight will ensure that she can also easily deal critical hits afterwards, provided she is given some critical stars.

Ushiwakamaru does not necessarily have to take center stage considering both her Charisma and Tengu’s Strategy improve team performance.

Ushiwakamaru is one of the launch Servants and it does show in her hit counts. Even with two star generation buffs from her NP and Art of the Swallow, she can struggle to generate critical stars outside of an NP-QQ Brave Chain.

Ushiwakamaru’s Rider-Class star weight will help gather critical stars if she is the primary damage-dealer. However, her star weight is problematic if she is supporting Servants with low star absorption rates as she will often take all the critical stars for herself. As a result, despite some decent team-wide effects, she does not excel in the role of team support for non-Rider teams.

None of Ushiwakamaru’s skills truly stand out or see large gains per level. Yet, they still offer nice support and are always useful. Ideally, these skills should be leveled somewhat simultaneously, hitting the level 6 benchmark on each of them before continuing.

Tengu’s Strategy provides additional NP gain to the team on a low cooldown. Its values are quite low however, and the cooldown reduction at higher ranks doesn’t usually come into play for common nodes. Therefore, this skill should be leveled last.

What more is there to say about Charisma? More team damage is always good and it also helps Ushiwakamaru’s NP do even more damage. Level this first and use it liberally.

Art of the Swallow is Ushiwakamaru’s Evasion skill with a star generation buff on top. As mentioned, her hit counts prevent the star generation buff from being very impactful, but it’s a decent bonus nonetheless. Level this second for the decreased cooldown as it improves her performance during boss fights.

There are four primary effects to recommend for Ushiwakamaru: Quick Performance Up will help boost all aspects of her Quick cards as well as her NP. Starting NP Gauge will help to guarantee her NP is charged in time for shorter fights while NP Damage Up CEs provide the most raw damage for Ushiwakamaru. Finally, Critical Damage Up CEs can work for Ushiwakamaru if she is provided with stars, but they won’t help her exploit her NP fully.

A military commander with a story so tragic you could say everyone in Japan knows her name. Although she was gifted with both talent and charisma, she was abandoned by her brother, Yoritomo, and was defeated along with her retainers including Benkei.
Ushiwakamaru was the childhood name of Minamoto-no-Yoshitsune.

It wouldn't been an exaggeration to say that Ushiwakamaru (Minamoto-no-Yoshitsune) was the most famous general in all of Japanese history.
However, history is riddled with unknowns, and her life before leading an army is unclear.

Tengu's Strategy: A
Unique skill. Derived from the tale where she learned the art of war from a Tengu. The skill grants bonus to all close-quarters combat abilities, Tactics, and Magic Resistance.

It is said that when she was 11, Ushiwakamaru was under the care of Kurama Temple, where she met the Onmyouji Kiichi Hougen (some theories suggest he was the Kurama Tengu), and was endowed with the knowledge of military arts. While there's no doubt that Yoshitsune was an excellent tactician, she lacked something vital.

The fear of battle itself. She never worked well with other commanders. She probably never even noticed that Yoritomo wished her death. She was a genius and never had doubt of fear in her own abilities.

The True Name of her Noble Phantasm is "The Wandering Tales of Shana-oh".
The legends of the deeds Ushiwakamaru achieved in life manifest as secret techniques. In addition to the Eight-Boat Leap, there are four more secret techniques.