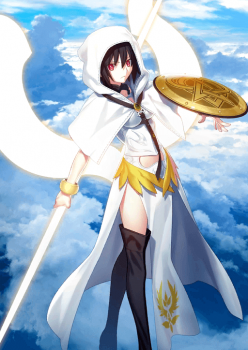 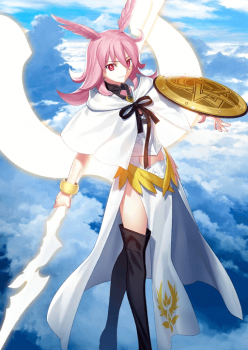 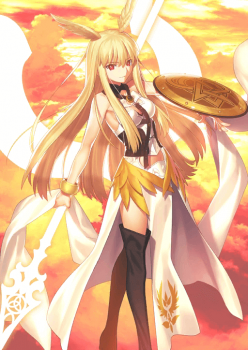 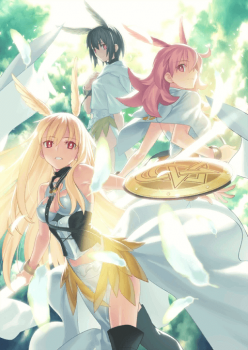 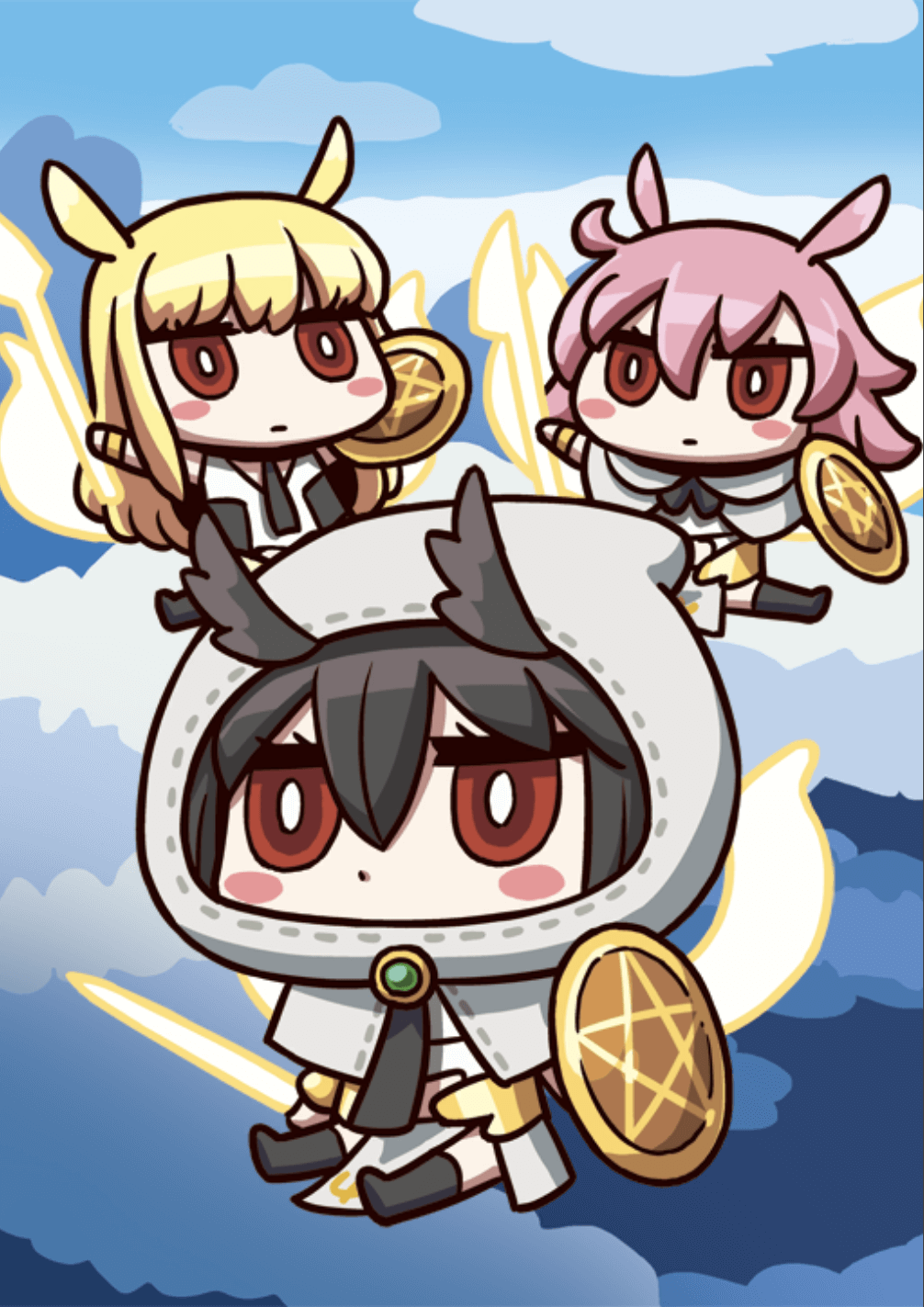 Apply Sure Hit for yourself (1 turn). [Activates first]
Deal damage to all enemies.

When equipped on Valkyrie,
Increases Party's NP Gain and Critical Strength by 10% when they are on the field.

"When the end of time comes, we shall not treat you as our Master, but as one of Valhalla’s brave heroes.” - Valkyrie

A constructed hivemind of the Allfather, the Valkyrie’s grace and might remain the same regardless of the individual. Capable of widespread destruction, Valkyrie is a highly efficient Quick-centric farming Servant famed for their immense NP spamming capacity in the right team.

To evaluate Valkyrie means one has to start with their Noble Phantasm - Ragnarök Lífþrasir. It is a Quick AoE Noble Phantasm which grants a Sure Hit effect before dealing damage with a Instant Death effect on Demonic enemies. What makes this Noble Phantasm special is its incredible 7-hit count that refunds a hefty chunk of NP back, especially when Valkyrie is buffed with Quick Performance and NP Gain buffs, and even more so when it is over-killing enemies. Valkyrie’s skill set further supports this aspect, with Primordial Rune (Valkyrie) granting a valuable Quick Performance and NP Damage buff for 3 turns, and Fate Weaver B providing NP Gauge and Critical Stars per turn. Together, these make Valkyrie a highly useful farmer with the potential for NP looping, particularly in the company of Servants like Scathach=Skadi, Paracelsus and Nero Bride.

Aside from their farming capacity, Valkyrie has highly notable survivability. To start with, their HP base is incredible even by Lancer standards. Furthermore, their second skill - Swan Mystic Code A provides three significant defensive buffs in the form of Evade, Debuff Immune and Damage Cut. Last but not least, Fate Weaver also grants a small HP recovery buff that further contributes to her overall sturdiness.

Despite all her upsides, Valkyrie has several problems that need addressing to make themselves effective. For one, their base Attack is quite mediocre, even when taking into account the Lancer class’s higher damage modifier. Even with their own self-buff, Valkyrie’s damage, both Single Target and NP, will fall short quite often against enemies with high HP. Furthermore, without significant external support in the form of NP Generation, NP Battery and Quick Performance, Valkyrie will not be able to 3-turn-loop effectively, which is their main selling point. Specifically, the presence of a Scathach=Skadi or Nero Bride in the Master's roster can dramatically improve Valkyrie's overall usefulness and farming efficiency. Without these, Valkyrie’s wave clearing and NP refund will be rather lackluster.

Well-rounded skill set with a clear and specific purpose, Valkyrie’s overall prowess is not to be underestimated. She is a highly desirable Servant for Masters with a strong roster to support her niche, and still remain solid enough without external support.

With an immense hit counts on their AoE Quick Noble Phantasm, a 3 turns Quick Performance buff on Primordial Rune (Valkyrie) and a 3 turn NP regen on Fate Weaver, Valkyrie possesses incredible NP Refund and, by extension, NP looping potential. A common strategy to utilize this powerful aspect is to use them alongside Quick-centric and NP Battery Support, which turn them into a farming machine for both daily and event farming.

Valkyrie has one of the highest base HP in comparison to their Lancer counterparts, a strong hard survivability option in Swan Mystic Code, and an HP regen buff on Fate Weaver. Together, they make her quite resilient even in the face of hard-hitting bosses, making her a good option for Challenge Quests.

Thanks to their good hit counts across the board, a Quick Performance self-buff and a Critical Regeneration buff on Fate Weaver, Valkyrie has surprisingly good Critical Star Generation for a non-Assassin class Servant. This also indirectly helps their NP Gain as Critical Hits on Arts and Quick cards can generate a great amount of NP Gauge.

By virtue of having a mediocre base Attack, Valkyrie’s damage is quite lackluster. All of her self-buffs are also at middling value, which result in her sustained damage being outshined by other more offensive-oriented Lancers without strong external supports, both in terms of normal cards and Noble Phantasm damage.

Reliance on External Supports to Fulfill Their Main Role

Valkyrie’s main niche as an AoE NP looper is heavily reliant on the presence of Quick, NP Gain, and NP Battery support. Without these, she will have a tough time either killing the waves, or refunding enough NP gauge for consecutive usage of her Noble Phantasm.

Valkyrie’s main role is a looping wave clearer, which boils down to raising her damage output and NP refund first and foremost. Masters wanting to use them for extensive farming should highly consider maxing at least both of her Primordial Rune and Fate Weaver skill. A general 10/6/10 is good enough for them to be run in any content. If resources constraint is a problem, getting a 6/x/6 spread on skill levels is good enough.

As a farmer, Valkyrie highly appreciates Starting NP Gauge as it helps them quickly enter their brutal NP loop, particularly in conjunction with NP Battery Support. Aside from that, they also prefer stats like Quick Performance, NP Gain and NP Damage as they improve their NP spamming capacity immensely. In practice, a hybrid Craft Essence that grants several of these stats are perfectly usable as options for them.