Last Will and Testament 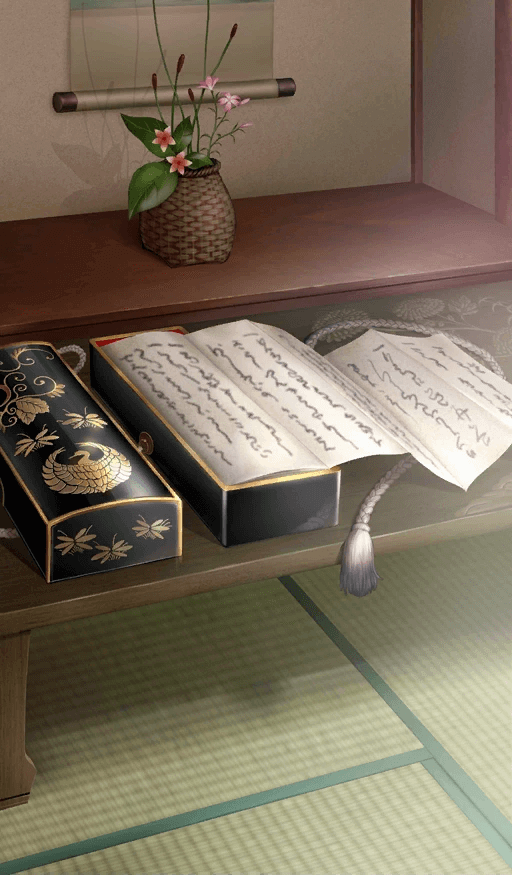 First: I'll give my tea jar called Sahahime to my lord. But know that the thing's stored in Uji.

Second: I'll give my daitenmoku to my lord too. There should be a tag on the teacup.

Third: If I die, Mother will receive money from my lord to move to Kyoto. The successor Senchiyo will continue to serve my lord without change.

Fourth: Listen, you won't be able to handle Kanayama Castle. Tell my lord that there should be someone else better to entrust that place to.

Fifth: All the women folks should head back to their home.

Sixth: Any tea things and swords I don't want will go to Senchiyo. The rest of the stuff's been labeled with their intended destinations, so just follow that.

Oh, and my cherished short sword's at Hon-ami's place in Kyoto, so that'll go to Senchiyo too. My daughter Okou should marry a merchant or doctor in Kyoto, instead of to a samurai. Make sure Mother lives in Kyoto. That's non-negotiable. And do not, absolutely DO NOT, even if it kills you, DO NOT let Senchiyo succeed Kanayama Castle. Oh, and just in case...on the miniscule chance that we suffer a crushing defeat in this battle, just set the castle on fire so you can all die together.

This was what was apparently written in Nagayoshi's will and testament. The final line really shows how ridiculous Nagayoshi's orders (and the man himself) were.

"Whaddaya think, Master? Doesn't it sound like I really love my family?"