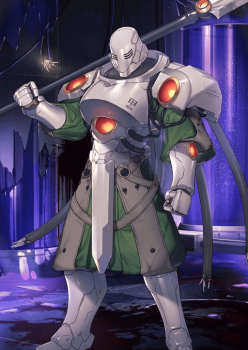 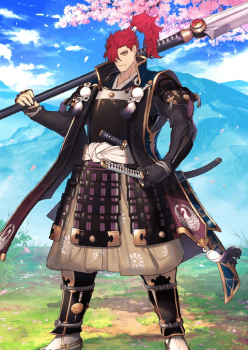 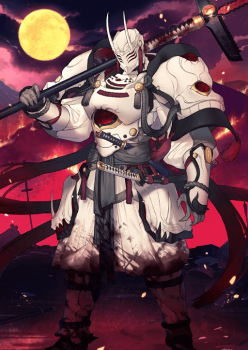 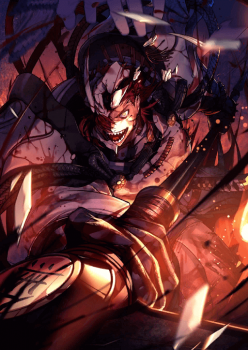 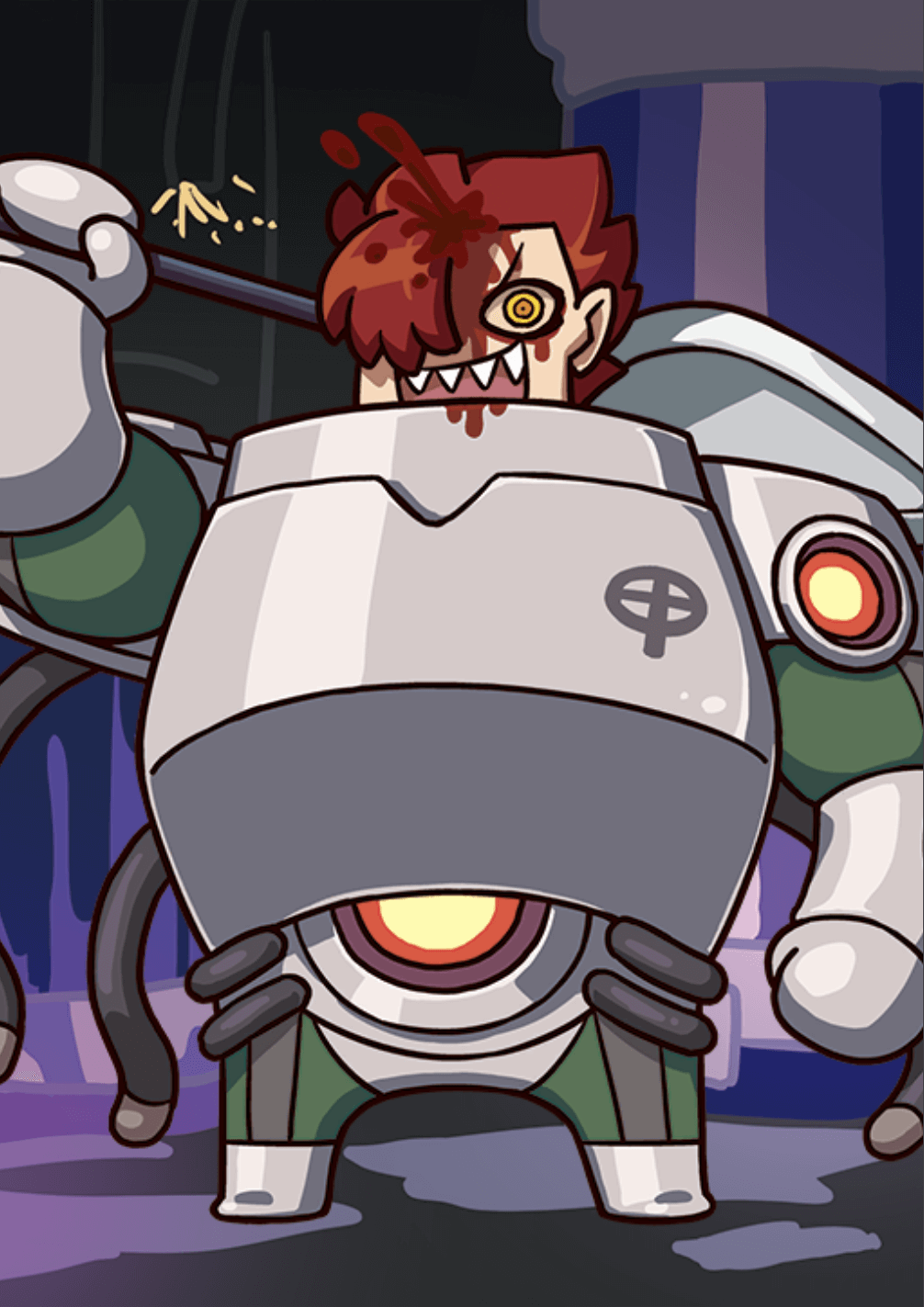 Self Debuff Res Up Self Buff Rate Down [Demerit]

Apply buff to self (3 turns): Increase own ATK (3 turns) and Decrease own DEF by 10% [Demerit] (3 turns) when normal attacking.

Oni Musashi's Will and Testament C

Apply Ignore Invincible to self (1 turn). [Activates First]
Deal damage to a single enemy that ignores DEF Up.

Last Will and Testament

“I’m Mori Nagayoshi, the one and only Demon Musashi!”

Loyal to the point of madness, Mori Nagayoshi is the Berserker from Strange Tales of the Imperial Holy Grail, where he made a name for himself by severing his Master’s arm to prevent his Master from fleeing a battle that could still be won. In his debut work, Nagayoshi also uses the regenerative power of his signature armor to become nigh-unkillable. As a playable Servant, Nagayoshi emphasizes his bloodlust over his survivability, trading all defense for raw, unstoppable offense.

Nagayoshi is most notable for his first skill, Mental Corruption (Wicked), which provides Nagayoshi with a whopping 100% Critical Strength Up buff in exchange for rendering him immune to buffs for 3 turns. This means a properly-supported Nagayoshi can deal very high sustained damage. Nagayoshi also has Ningen Mukotsu, a rare NP that comes with both Ignore Defense and Ignore Invincible, which lets Nagayoshi completely ignore most defensive tools. Furthermore, Nagayoshi is, at the time of writing, the only single-target Buster Berserker with more than one Arts card, which means he has more consistent NP access than is typical of Servants in his role.

Unfortunately, Nagayoshi’s strengths aren’t without significant trade-offs. Losing access to buffs for three whole turns places Nagayoshi in the unfortunate position of requiring specific and generally expensive support setups in order to fully leverage his critical damage potential. Furthermore, this same demerit means defensive buffs will not land on Nagayoshi once he uses his first skill, so Nagayoshi will typically die quickly unless protected via Servants with Target Focus skill. Additionally, Nagayoshi’s only skill that boosts his NP damage requires him to use normal attacks to trigger the damage buffs, which means Nagayoshi’s NP damage starts out low and requires some planning in order to boost.

Nagayoshi is a highly unique Servant. There are plenty of other strong single-target Berserkers who function more traditionally, so Masters just looking for a strong general-purpose Buster option can safely ignore Nagayoshi. Masters who like unusual playstyles, however, will find in Nagayoshi a Servant who rewards investment and strategy with high damage output and reliable performance.

Single-target Buster Berserkers typically have three Buster cards in their deck. Nagayoshi has two Buster cards and two Arts cards instead, which makes it easier for him to form Arts chains with his supports and to charge his NP gauge than is typical for the class. This can be helpful to Masters who want to use Nagayoshi for his defense-piercing properties.

Nagayoshi’s first skill makes him immune to buffs, which means he needs long-lasting buffs that can be applied before he uses the skill. Furthermore, Nagayoshi wants persistent critical attack access, but his Star Gather skill only lasts one turn, which means his team needs to generate close to 50 stars in order for him to reliably use his critical damage buffs. Together, these make Nagayoshi uniquely difficult to support, and he needs specialized teams and powerful supports in order to shine.

Not only does Nagayoshi have no survival tools, but two of his skills make it harder for him to stay alive. Nagayoshi’s first skill prevents him from receiving standard defensive buffs while it is active, and his second skill reduces his defense when he attacks. This means Nagayoshi is unlikely to survive beyond a few turns without the help of Servants with Target Focus skills.

Nagayoshi’s stacking attack buffs activate when he uses normal attacks, which means Nagayoshi’s NP damage will be low until he has attacked a few times. This can make timing Nagayoshi’s NP challenging, as Nagayoshi may not have many debuffs active when he would otherwise want to use his NP.

As Mental Corruption (Wicked) scales well with levels and is key to Nagayoshi’s gameplay appeal, it should be leveled first. Blood-Soaked Brute also contributes to Nagayoshi’s damage output and should be leveled second. Oni Musashi's Will and Testament is effective even at lower levels and Nagayoshi is unlikely to use it more than once in a fight, so it can be left at lower levels if need be.