Community Posts with Keyword Assassin of Shinjuku All
NorseFTX 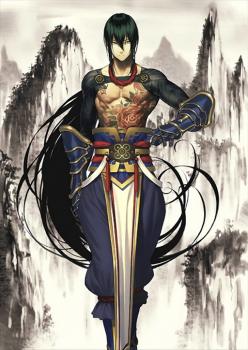 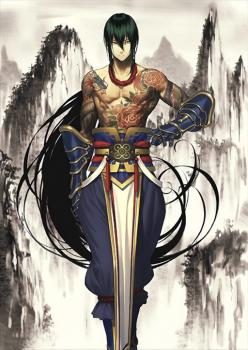 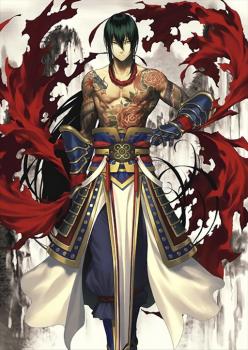 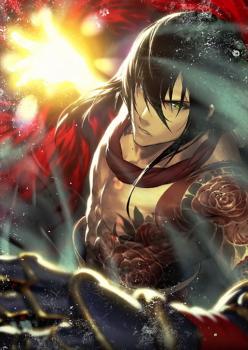 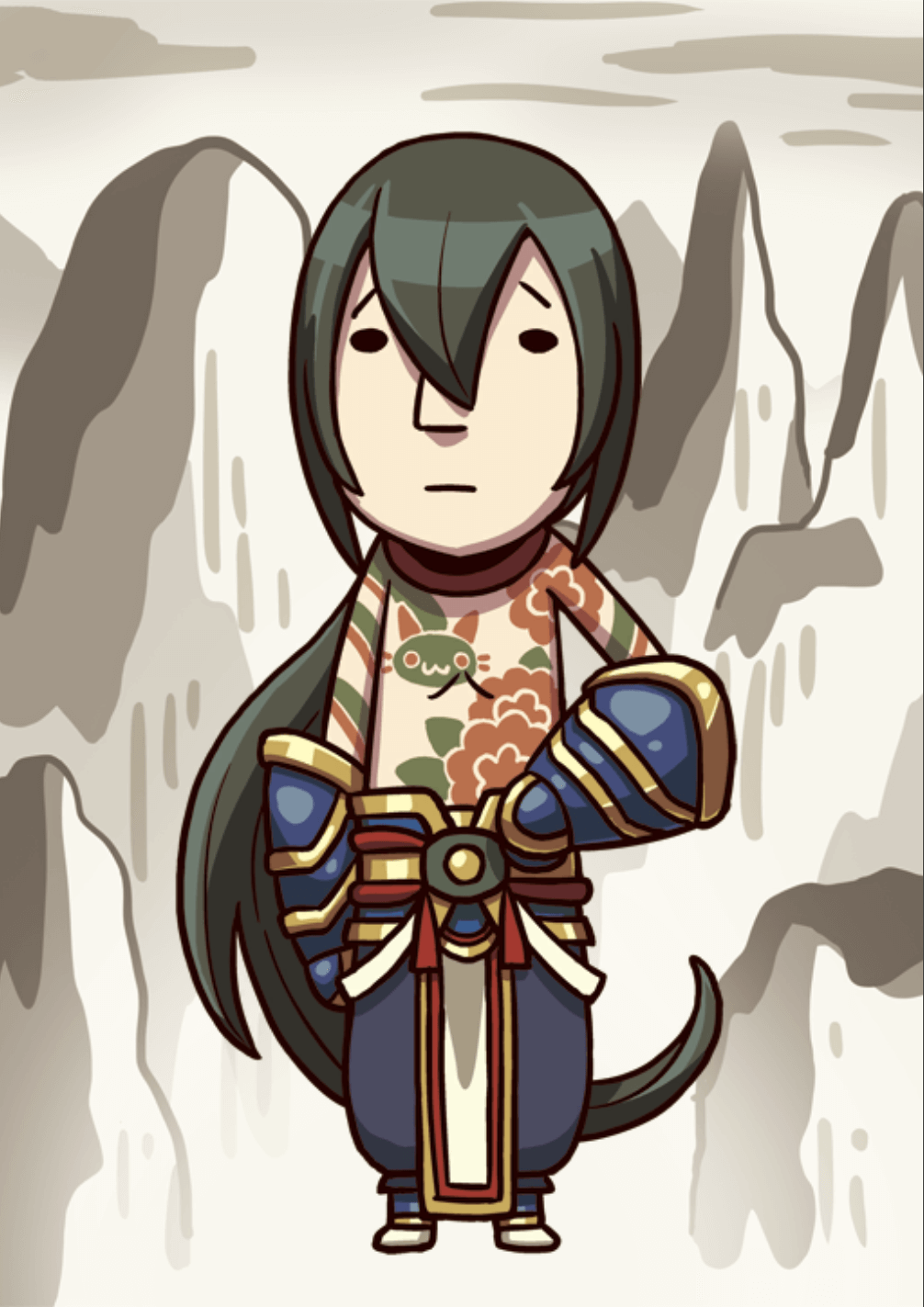 Ambushed from Ten Sides - As If There Was No Shadow

Ambushed from Ten Sides - As If There Was No Shadow

When equipped on Assassin of Shinjuku,
Increase Quick Card effectiveness of all allies by 10% & Critical Strength by 15% while he is on the field.

"My allegiance is long gone. Nowadays I'm just a lone man who fights with his fists."

Assassin of Shinjuku is an Assassin with a Quick ST NP, and a kit centered almost entirely around boosting his own critical performance and supplying critical stars.

Initially, Assassin of Shinjuku can alter his star gather rate, his star generation and generate a flat number of stars, all of which help him or his allies land critical hits. Notably, he has access to Skillful Star, which lowers his own star gather rate for 1 turn (essentially wiping out his base star weight) while generating a tidy sum of stars. This skill allows generated stars to be distributed to his party members instead, making him a good critical star generator for a party. If desired, he can also improve his own star gather rate with Chinese Boxing to take advantage of the stars himself.

Unfortunately, despite being able to manipulate his star gather rate, he does not have a way of boosting his own critical damage pre-Interlude, aside from his passive. He also lacks any other type of damage steroid before his Interlude, making his damage output as a whole underwhelming. In addition, he does not have any hard survival skills and will more than likely require support to survive against heavy-hitting enemies.

Post-Interlude, he receives a much needed Quick Performance Up and Critical Damage Up addition to his star generation skill. Moreover, the steroids last for three turns, which allow him to perform successive turns of buffed Quick/critical damage, which in turn enhances his NP Gain and critical stars generated, further allowing him to keep the crit train running.

Overall, Assassin of Shinjuku is a decent Quick critical star battery for the team, although overly specialized in critical star manipulation in his initial state, and performs better post-Interlude when he receives his Quick and crit damage steroid skill.

Skillful Star reduces Assassin of Shinjuku’s own base star weight to 0 while generating a flat number of stars. This essentially allows him to “give” stars to party members. Skillful Star is particularly good with Servants that deal strong critical damage, and in conjunction with Merlin and the like, he can help supply a crit damage dealer with the critical stars necessary to get the crit party started. If he wants to use the critical stars himself, he can increase his own critical star gather rate by up to 600% with Chinese Boxing. Essentially, Assassin of Shinjuku helps to provide more flexibility with how critical stars are distributed to party members.

Despite his ability to generate critical stars and manipulate how the critical stars are absorbed, he does not have a way to buff his critical damage (apart from a small passive boost), nor does he have a way to buff his raw damage. This issue is partially solved post-Interlude. However, even after his Interlude, his damage is only mediocre, hampered by the 0.9x Assassin class damage modifier and a below average ATK stat. When compared to other Servants in the Assassin class, he does not provide any extra Trait-based damage like fellow 4* Carmilla. His NP damage is also relatively low compared to more easily accessible Servants. Assassin of Shinjuku probably is not the first Assassin to look to for damage, and rather works better as a star supplier who can deal some damage in a pinch.

Without an Evade/Invincible/Guts-granting move, and even lacking any type of Defense-boost or Heal, Assassin of Shinjuku can be rather fragile, particularly against enemies for which he does not have class advantage. He will need external support to last through tougher fights.

Even with his single turn of NP Gain buff active while landing critical hits, his NP generation can be low. Even his 11-hit Quick NP does not provide much refund without external support (which marginally improves post-Interlude). As a result, in order to get an NP off quickly, he is somewhat reliant on both NP charge support and utilizing the critical stars he produces, which hampers his supportive ability.

Assassin of Shinjuku’s post-Interlude skill, Doppelganger, improves his own performance remarkably by providing a much needed Quick performance up and critical damage up steroid. However, before his Interlude, his niche is primarily as an on-demand critical star supplier who can lend critical stars while suppressing his own critical star gather rate. The leveling order for Assassin of Shinjuku will depend on whether his Interlude is available or not, and whether one wants to focus on his on-demand star generation support (Skillful Star) or on his own damage (Doppelganger).

Chinese Boxing EX grants increased NP Gain and critical star gather rate for Assassin of Shinjuku. Both buffs increase with levels in this skill, but at base level the values are already decent. However, without steroids to his critical damage, granting more critical stars to Assassin of Shinjuku is not as effective. Levels in this skill are still useful to enhance its effect, but this skill is not as central to his performance until after Doppelganger is available and can be leveled later.

Espionage A is Assassin of Shinjuku’s pre-Interlude skill that boosts only star generation. However, maxing this skill really only effectively gives on average an extra couple of stars even in optimal situations (QQQ or NP chains), making it not worth investing in pre-Interlude. Post-Interlude, this skill becomes Doppelganger B+, which adds a Quick Performance Up buff (up to 30%) and a Critical Damage Up buff (also up to 30%), both of which scale with levels. This skill is definitely worth leveling first after his Interlude. Beforehand, this can be leveled last.

Skillful Star A+ is the skill that gives Assassin of Shinjuku the niche that he occupies as a critical star supplier. Levels in this skill will increase the number of stars generated (base 10, max 20). More stars will help ensure the critical damage dealer of the party will get enough stars to comfortably land critical hits. To maximize his effectiveness as a star supplier, this skill is worth leveling first before his Interlude is available.

OVERALL: Assassin of Shinjuku can manipulate where critical stars go, but he lacks a way to buff his critical hit damage pre-Interlude, and has NP gauge filling pains, which is where Craft Essences can come in handy. Starting NP Gauge / Quick Up / Critical Damage Up / NP Damage Up / Passive Critical Stars per Turn Craft Essences work well.