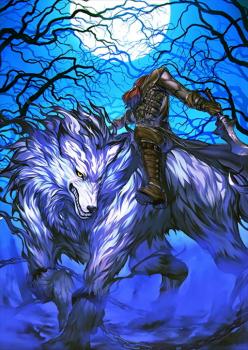 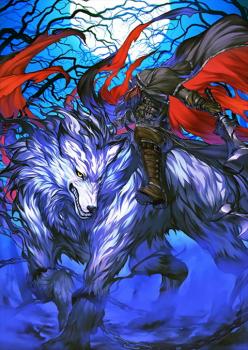 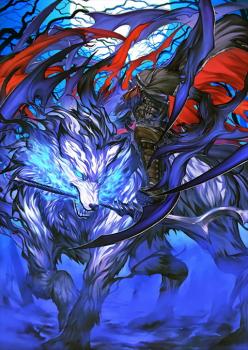 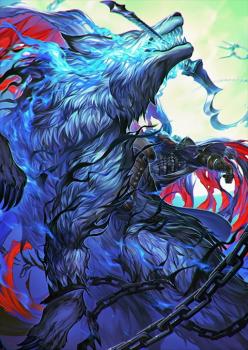 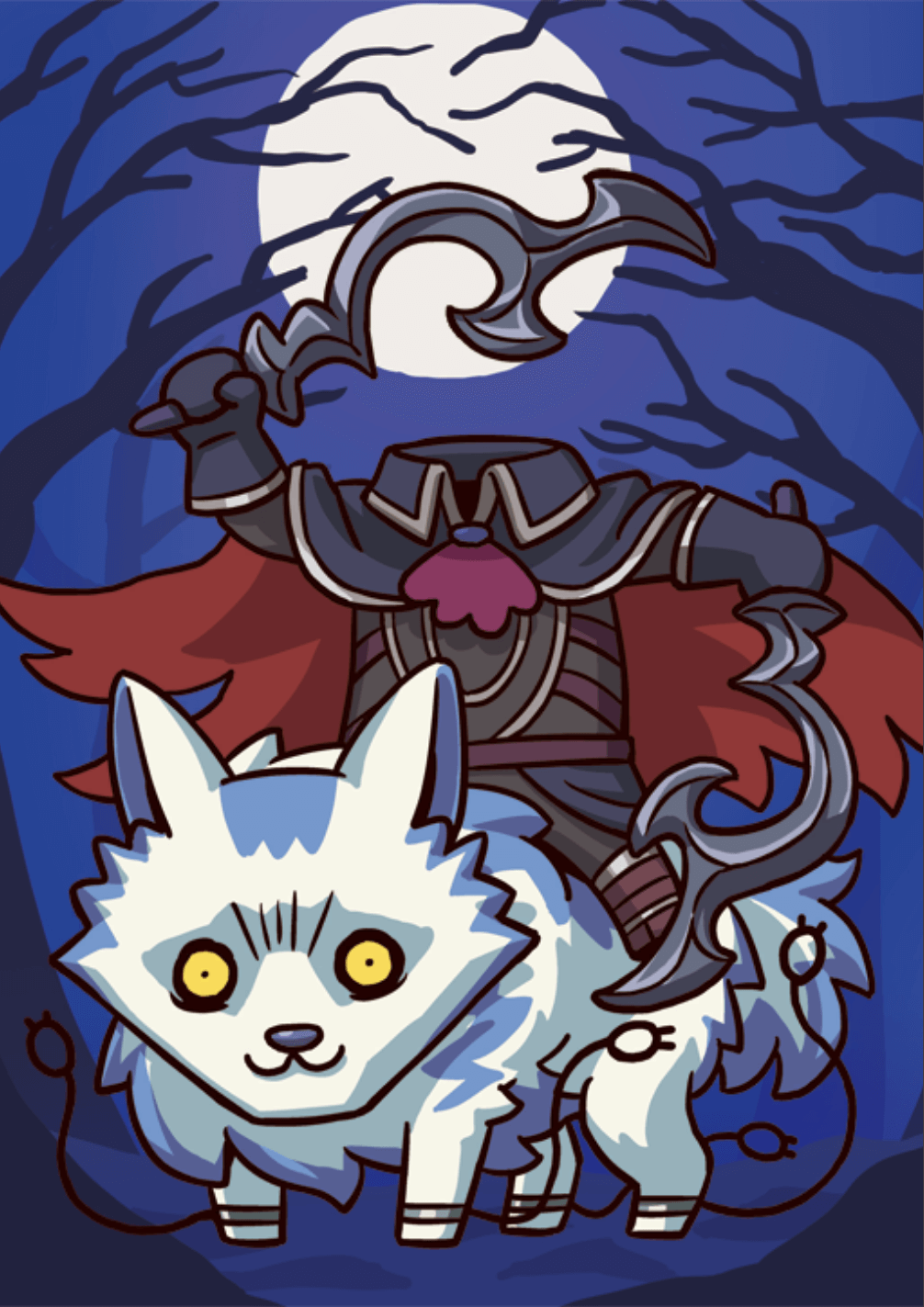 One Cloaked in Death A

Increase NP Gauge each turn by 3.5% for yourself.

Apply Sure Hit for yourself (1 turn). [Activates first]
Deals damage to a single enemy.

Execution of the Far-Away One

Execution of the Far-Away One

When equipped to Avenger of Shinjuku only:
Increase Quick Card effectiveness of all allies by 10% & NP Gain by 10% while he is on the field.

Avenger of Shinjuku’s Attack stat is quite amazing, outpacing most of his 4 Stars peers. With a single target Quick Noble Phantasm, a decent steroid in Monstrous Strength, a passive (and active post-interlude) Critical Damage boost, and a means to increase his own Star Weight through Fallen Demon, Avenger of Shinjuku’s overall burst potential is quite noteworthy. His NP generation is not shabby either with decent NP generation per hit and multiple passives that provide a boost to his NP gauge. Additionally, Avenger of Shinjuku has some useful utility effect, with his NP granting him Sure Hit for a turn (ignores Evasion effects), and access to a powerful on-demand buff removal skill in One Cloaked in Death, which also doubles as a decent Attack debuff and a more niche Instant-Kill Resistance debuff.

On the other hand, Avenger of Shinjuku’s fair shares of flaws are quite apparent. Due to his poor Star Generation per hit and relatively low hit counts on his cards, his Star Generation is lacking, despite being a Quick-focused Servant. Furthermore, his survivability is mediocre at best, with no hard-survival skills and a low HP pool for a 4 stars Servant. Finally, while his skills all have relatively low cooldowns, Avenger of Shinjuku’s sustained usefulness is underwhelming due to the poor uptime on all of his skills. A problem that isn’t aided by his status as an Avenger class Servant that deals neutral damage to most common enemies, which often leads to him being phased out for Servants with class advantage.

All in all, Avenger of Shinjuku brings powerful burst potential and potent utilities. Nonetheless, without class advantage his Avenger class and poor sustain makes it hard to justify building a team around him until his Interlude upgrades his potential.

Avenger of Shinjuku is one of the few Servants that can inflict Instant Death through his Noble Phantasm, a feat that is further boosted by his third skill - One Cloaked in Death which reduces enemies’ Instant Death Resistance.

However, Instant Death has always been a highly inconsistent feature, and misleading in nature. It triggers too randomly and the percentages show a far rosier picture than what happens in practice. It does not trigger reliably enough to count on and may even interrupt an attack sequence meant for generating NP gauge. The Average death resistance on powerful enemies typically renders it useless in practice against strong enemies.

Avenger of Shinjuku has an astounding 10,628 Attack at base, which after taking his Avenger modifier into account, results in a staggering 11,690 Attack, outclassing even many 5 Star Servants. Adding in a notable steroid in Monstrous Strength, and a single target (upgraded) Noble Phantasm, and Avenger of Shinjuku will start outputting impressive numbers. Furthermore, provided he has enough Support, he can work as a decent Critical Damage Dealer with his passive granting Critical Damage, his post-Interlude NP providing a sizeable 20% crit steroid, and his Fallen Demon increasing his Star Gathering rate. His QQAAB deck does put a small dent in his overall offensive potential, but with a decent amount of Critical Stars, Avenger of Shinjuku can certainly hold his own in the damage department even when his Noble Phantasm is not available.

One Cloaked in Death grants Avenger of Shinjuku a valuable niche in on-demand targetable buff-removal, which is highly useful in many challenging battles. This skill also inflicts a sizable Attack debuff for 1 turn, which can be crucial in surviving some bosses’ attacks.

Due to his low HP pool compared to his peers and his lack of hard defensive skills, Avenger of Shinjuku will have a lot of trouble staying on the battlefield for an extended period of time. His first skill does grant a 40% Defense buff, but it only lasts for one turn and is tied to one of his main damage tools, and thus more often than not one of the two effects will be wasted.

Most of Avenger of Shinjuku’s skills’ effects only last for 1 turns, with Monstrous Strength lasting for 2 turns. While they all have a base 7 turn cooldown (5 at max), their short duration results in significant downtime in between each cast and lowers Avenger of Shinjuku's effectiveness in longer battles. Post-Interlude, the 3 turns duration on his critical steroid provides a welcome long-term addition to his potential.

Like most Avengers, Avenger of Shinjuku struggles to find many opportunities to be fielded over other Servants. This is due to a distinct lack of Ruler bosses throughout the game, be it for farming or Challenge Quests. While Avenger of Shinjuku certainly can do a great job against Berserker bosses thanks to his high attack, most of the time he will be sidelined for Servants with class advantages who offer more than what he could provide.

With 6% base Star Generation, 3-hit Quick Cards and only two Quick cards, Avenger of Shinjuku is not the best at supplying himself with Critical Stars, let alone the team. Furthermore, as his only mean of increasing his Star Gathering only lasts for 1 turns, it is hard to make consistently good use out of this niche.

Avenger of Shinjuku functions well at base skill levels, but his skills all have a low cooldowns and provide reasonable benefits for leveling them up. In general, raising the skill levels to 6 already provides enough of a boost to Avenger of Shinjuku, but Masters who are sure they can get a lot of mileage out of him could go all the way with leveling them. Of these, Monstrous Strength and Fallen Demon are quite central to his identity as an offensive Servant. While the incremental increase from leveling them aren’t particularly outstanding, the reduced cooldown makes him a lot more consistent at dealing damage. One Cloaked in Death is Avenger of Shinjuku’s main utility skill and is often not used as soon as it is off cooldown unlike his other skills, so it can be leveled last.