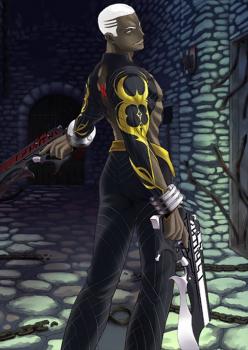 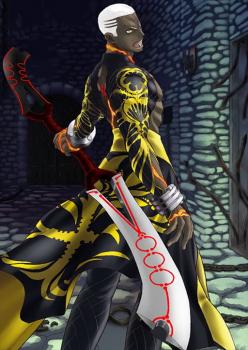 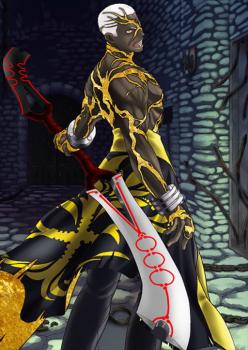 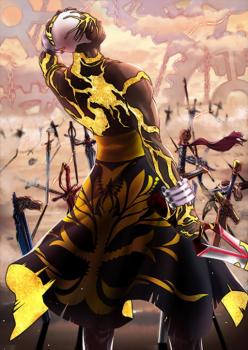 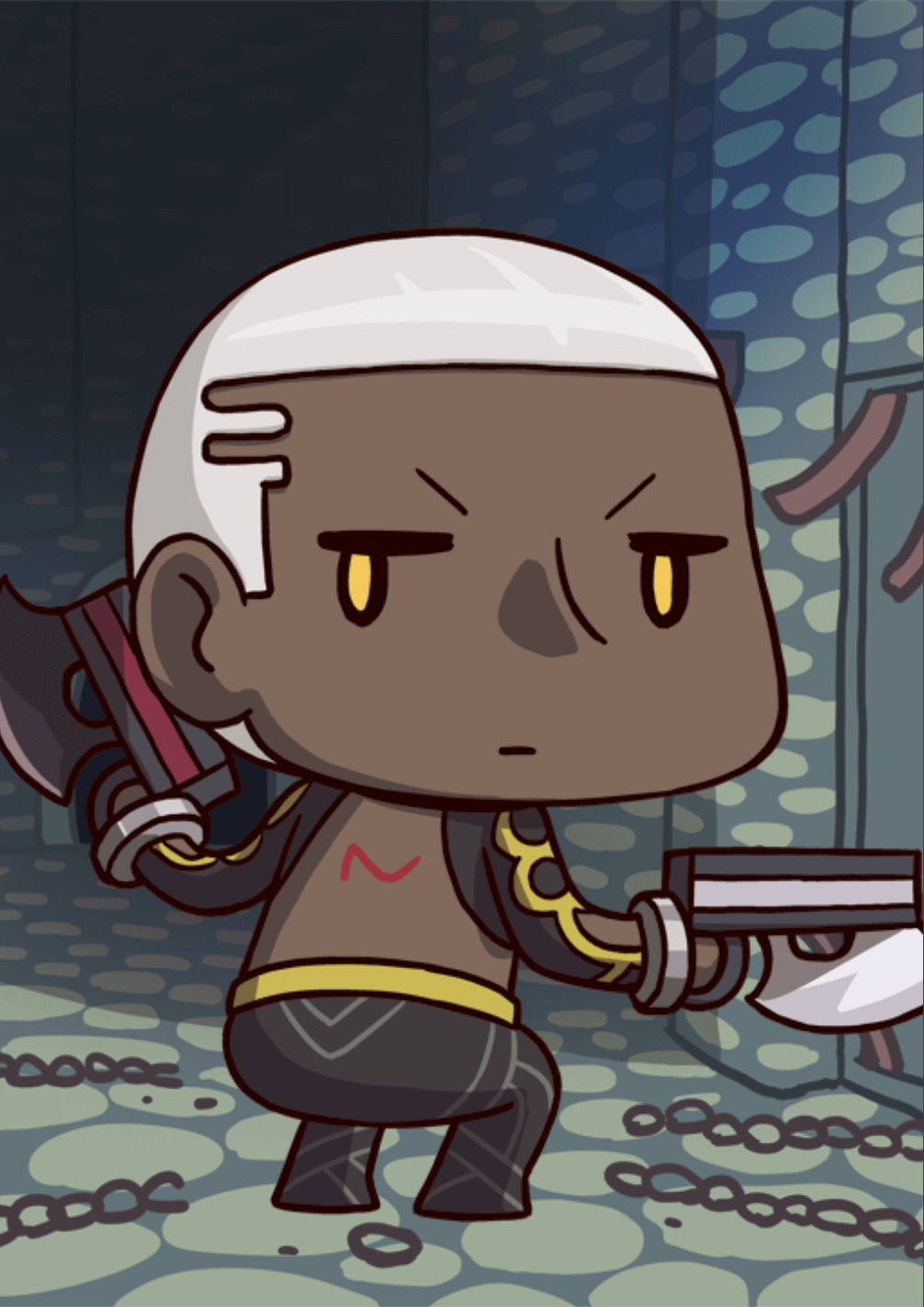 Deal damage to a single enemy that ignores DEF Up.

Deal damage to a single enemy that ignores DEF Up.

When equipped to EMIYA (Alter) only:
Increase Quick, Buster, and Arts Card effectiveness of all allies by 8% while he is on the field.

“Should an ally of justice really approve of wrongdoings, you ask? But of course. After all, I am rotten inside."

A nameless enforcer, a corrupted machine that has forsaken morals, the Alter form of EMIYA abhors affection, and prefers to get right into business. This is reflected in his simple yet effective Arts kit. With two steroids, a potent defense buff, an ST Arts NP and good generation stats, EMIYA (Alter) is a highly modular, but selfish Servant who can fit into almost any Arts team.

Despite EMIYA (Alter)’s relatively low base ATK stat, he is able to output excellent damage when the situation calls for it through Projection, Icy Sneer and his Independent Action passive. Furthermore, boasting decent generation stats and high hit counts all around, on his NP in particular, Projection allows him to significantly boost his cards’ performance for one turn, netting him higher damage, NP refund and critical star generation on his Brave chains. Finally, Bulletproof’s multi layered hit-based defense buff excels at keeping him healthy through basic attacks while his NP provides some utility through a combination of defense pierce and chance-based NP drain..

On the other side of the equation, EMIYA (Alter)’s weaknesses are also clear-cut, though they may not be obvious at first glance. First and foremost, most of his buffs last for a short period of time - though his attack and defense buffs are able to last for 5 turns, they disappear after 3 hits, meaning that the value he can get from them is limited. Additionally, he has little utility outside of defense ignore as his NP drain is chance-based, and while his defense buff is powerful, it is on its own not enough to let him survive the hardest-damaging boss NPs.

Overall, EMIYA (Alter) is an easy-to-use Arts Servant with distinct, but easy-to-solve weaknesses. Although he faces steep competition in the form of Chloe as well as his original version, EMIYA (Alter) is a great alternative flavor, especially for Masters without access to Chloe.

EMIYA (Alter) can boost his defense by an impressive 50% with an additional 500 flat damage reduction. Defense buffs attack additively, and can cancel out enemy damage entirely if the combined percentage reaches 100% or more. In addition, any flat damage reduction effects apply after the percentage damage cut is applied from normal defense buffs. As a result, weaker attacks are often reduced to 0 after both calculations are applied.

However, beware: Defense-piercing attack will ignore all that defense, while enemy attack buffs cancel out an equal percentage of defense buffs.

All three of EMIYA (Alter)’s skills grant him standard, consistently useful buffs, making his kit one of the easiest to utilize effectively regardless of card draw combinations. Still, Masters who can accurately predict the damage required to kill an enemy or trigger a Break Bar, can activate or use up only a part of his attack steroids at a time. Combined with his low cooldowns, Masters can opt for big bursts of damage or a more sustained spread-out approach.

Bulletproof is a powerful defensive skill thanks to its low cooldown, high values, and the fact that its benefit is rarely wasted. Combined with EMIYA (Alter)’s high HP pool, this makes keeping him alive easy for basic quests. With additional defensive up buffs from supports, EMIYA (Alter) can potentially tank enemy NPs, a huge boon for challenge quests.

While EMIYA (Alter)’s base NP Gain is nothing impressive, he possesses high hit counts on all his cards, and Projection’s card performance buffs further amplify these qualities. Combined with his high hit count Arts NP and his high star weight, EMIYA (Alter) is capable of gaining NP pretty reliably, especially in critical-oriented teams. In addition, he is capable of generating a decent chunk of stars with his double Quick cards as well.

While EMIYA (Alter) NP’s defense ignoring property is definitely a good thing to have, the low reliability of his NP drain limits his overall utility. In practice, the NP Drain is somewhat tricky to utilize, as its chance-based nature makes it unreliable when needed, while on the other hand, a successful hit may render any defensive preparation meaningless.

All of Archer’s skills last for either one turn or three hits, severely limiting the benefit he can potentially gain. Unfortunately ,while his offensive skills are on cooldown EMIYA (Alter) often feels lackluster - partly due to his low base ATK stat. Furthermore, none of his buffs are actually capable of improving his Extra card, which does limit his damage a bit more.

EMIYA (Alter) has no way to completely mitigate bosses’ NP Damage, which can result in unfortunate deaths against stronger bosses’ NPs. While it is completely possible to combine Bulletproof with other Defense buffs to survive enemy NPs, its 3-hit limit means the skill has to be used on or close to the NP turn, which in turn reduces the overall uptime of his defenses.

EMIYA (Alter) does not have a single skill which is vastly superior to the others, and his skill priority is somewhat arguable. In general, either Icy Sneer or Projection should be leveled first, while Bulletproof claims the third spot, though maxing all of his skills is recommended. As such, try and level his skills concurrently.

EMIYA (Alter)’s best CE picks generally aim to improve his offensive output, mainly through NP Damage Up, Arts Performance Up, and Critical Damage Up buffs. CEs combining any of the three effects with Starting NP Gauge are also powerful choices.