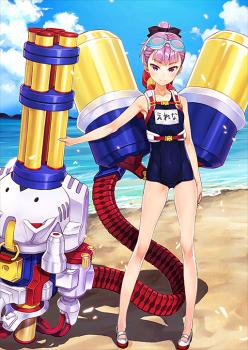 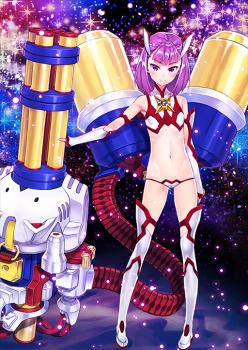 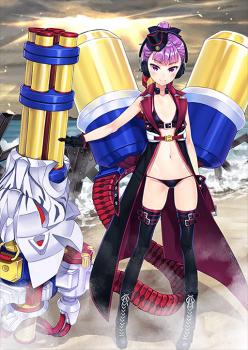 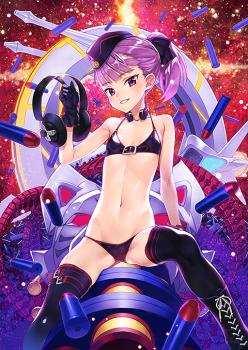 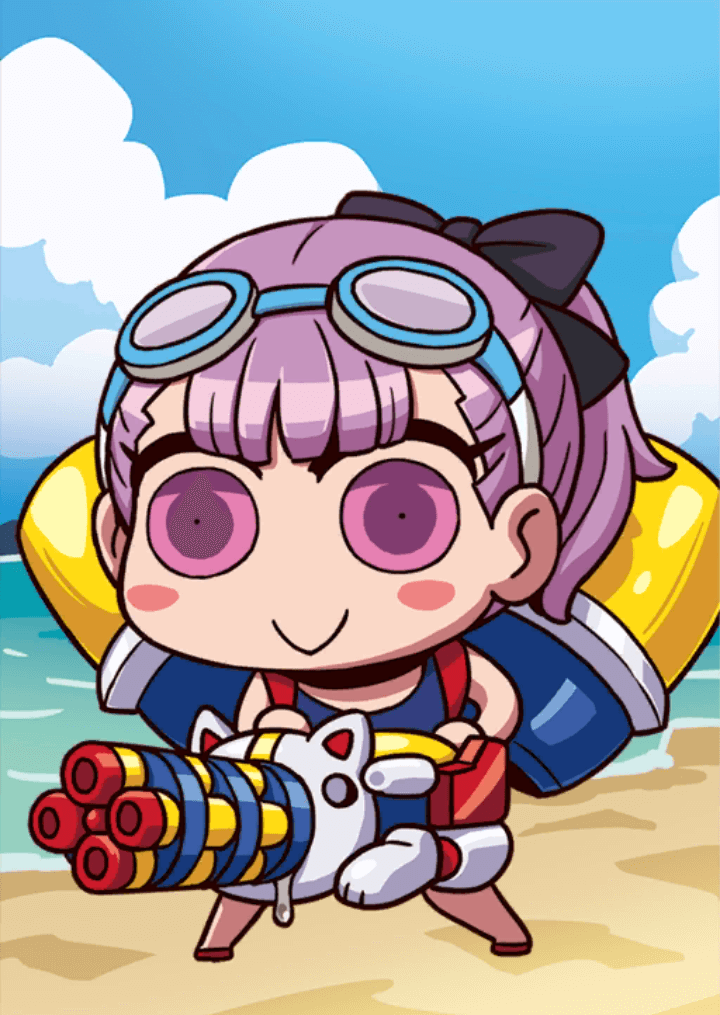 Apply Damage Plus to self (5 times, 5 turns).
Decrease NP Gauge for a single enemy by 1.

When equipped on Helena Blavatsky (Archer)
Increase Quick and Arts Card effectiveness by 10% for all allies while she is on the field.

Summer has arrived, and our wonderful queen of Mahatma has chosen to join the fray with a swimsuit and a pumping water gun of her own. Much like her Caster predecessor, she serves as a hybrid team support who can clear an early wave on her own with her Arts AoE NP.

Helena Archer fills a rare niche as one of the very few Servants in the game with both a team-wide NP charge and a damaging NP. Charging that NP can be problematic, given Helena’s NP Generation via Command Cards is rather lackluster, but her Archer star weight enables her to crit relatively often to make up for it. Beyond that, she has decent utility with her NYARF! skill draining NP gauges to stall during tough fights and her Colonel's Summer Break protecting her from debuffs via its 5-turn 1-time Debuff Immunity. Lastly, NYARF! gives her a flat damage boost to penetrate the defense of enemies that have particularly high defenses.

Unfortunately, Helena lacks in raw power and sustained performance. While she does have a nice 40% Arts steroid, it only lasts for a single turn and she lacks any other means to effectively boost her NP’s damage. Furthermore, her NP gain is below par at best on her non-Arts cards, as her low NP Gain per hit cause them to be ineffective at charging her NP Gauge. Another flaw in her kit is that, much like her Caster counterpart, she is weighed down by a hefty cooldown on her main skill, Summer Vacation, which is on cooldown for 8 turns at max level. Lastly, she is lacking in most defensive mechanics, causing her to have issues with survivability in longer fights.

Overall, Helena Archer is a great farming option for teams who can use her damaging NP and NP charge effectively. However, outside of short fights her lack of poor sustained capabilities makes her difficult to use effectively.

Helena’s Summer Vacation grants up to 20% NP charge, which is highly useful for farming as it enables turn 1 NPs for any Kaleidoscope wearing Servants. In addition, Summer Vacation will provide a flat 5 stars every turn to the team, although Helena’s high star weight will likely cause her to take them all.

Helena stands out as one of only few Servants in the game able to charge the team’s NP gauge and then clear a wave herself with her NP, should she be equipped with a Kaleidoscope. With NYARF! providing a flat damage boost and Colonel's Summer Break boosting her Arts performance, and hence her NP damage and refund, Helena is well capable of clearing enemies in the early waves.

Helena is a rather unique Servant in all the rather rare things she can add to a team. She can aid with stalling thanks to the NP Drain on her NYARF! skill and it provides her with a flat damage boost as well, making it a potentially useful skill for certain challenge quests. In addition, her Colonel's Summer Break skill gives her a 1-hit debuff immunity for 5 turns, on a 5 turn cooldown.

Outside of her two 5-hit Arts cards, Helena’s cards are plagued with poor NP Generation. At 0.38% NP Gain per hit she has one of the lowest offensive base NP gain rates in the game, which devastates the NP generation on her 3-hit Quick and Extra cards. While her Summer Vacation skill will help her fill her NP gauge, she will be reliant on supports, her Arts cards or CEs to charge her NP.

With a QQAAB deck, only 6% Independent Action, and poor NP Gain, Helena isn't cut out well for sustained damage. In addition, with only a flat damage buff and a single turn 40% Arts steroid to draw on, Helena's NP Damage is fairly weak compared to her AoE Archer peers.

Helena’s Summer Vacation, her premiere skill, is stuck with an 8 turn cooldown when other similar Servants would have 5 or 6 turns for the same 20% charge. While the skill is sublime in short fights, this cooldown is unwieldy and limiting in longer and more challenging encounters.

Helena lacks the capacity to avoid a hit or mitigate its damage, as she lacks any form of Evasion, Invincibility, or any other defensive skill. With only average HP for a 4-star Archer, she will have a hard time staying on the field against high incoming damage.

As Helena’s primary purpose in a party is to charge up the party’s NP gauge and then fire off an NP herself, it is crucial to level up Summer Vacation first to gain the full 20% fill capacity for Kaleidoscopes and other setups. Only after leveling it, can she unlock her full potential by boosting her damage and utility respectively.

In most cases, Helena serves to charge the group’s NP, fire off her own NP, and then allow the other Servants to do their work. This makes Helena an ideal holder of Starting NP Gauge CEs. It is also possible to boost her good Arts cards by using Arts Performance Up,  which will also serve to boost her NP damage. However, NP Damage Up tends to scale the best with her own Arts Performance buff for firing a powerful NP. An alternative strategy could come from Helena pumping out stars at a constant rate for her allies, as she can support crit setups via Passive Critical Star Generation.