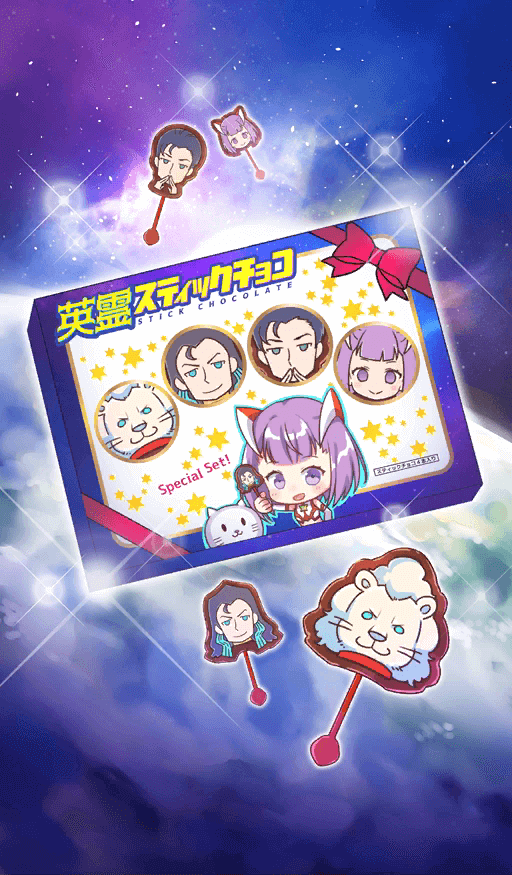 Chocolate lollipops with illustrations of Servants on them.
Edison, Tesla, Holmes, and Helena are all lined up nicely.

These are definitely chocolates for modern kids!

...That, at least, was her conclusion after looking through Chaldea's archives.
According to Helena, they are "so now."

Later, Holmes did some investigating of his own, and discovered that lollipops of that design were popular during the end of the twentieth century in Japan. We won't tell her that, though.
Although...

Even if we did tell her, that's probably what her takeaway would be in any case.