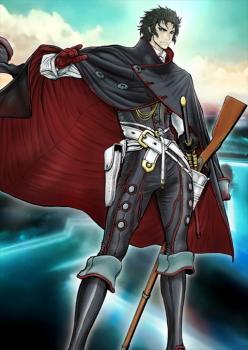 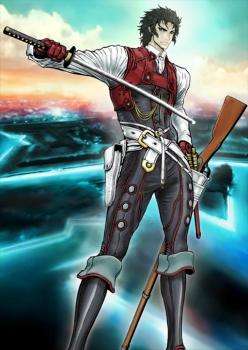 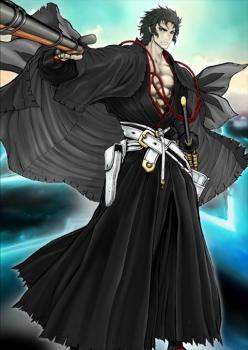 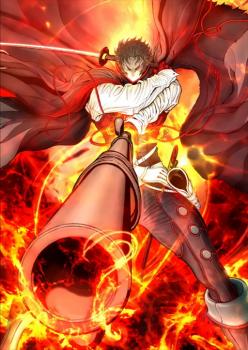 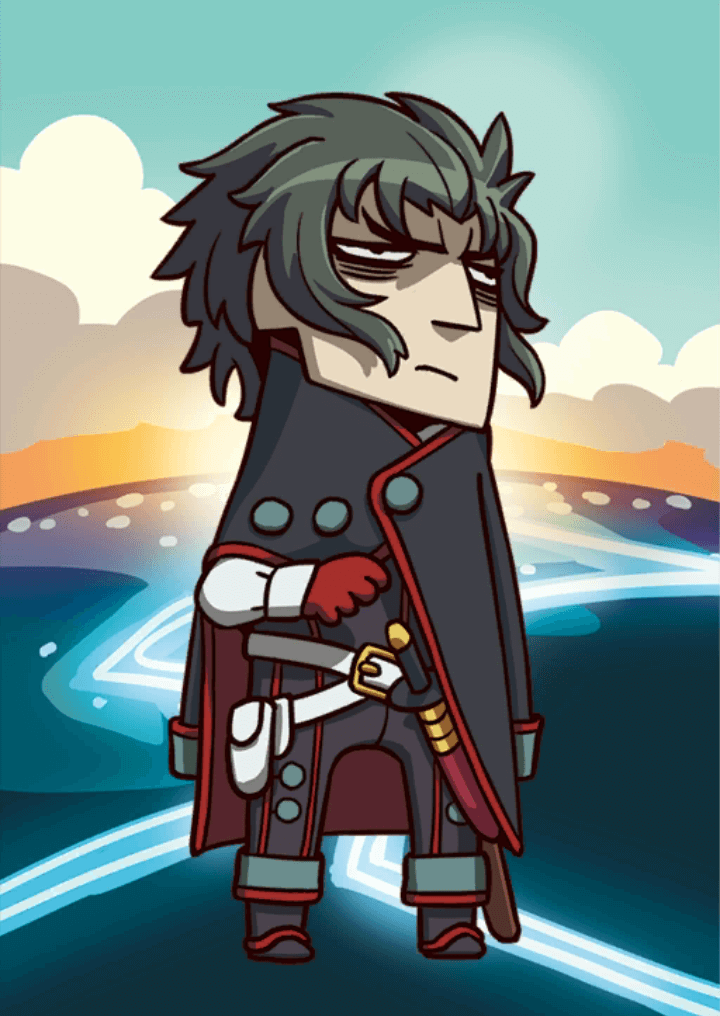 Self Crit Damage Up Self Damage [Demerit]

Demon of the Battlefield B

Harsh Road To Travel B+

Remove own Debuffs.
Recover own HP.
Apply Guts to self (1 time, 3 turns, Revives with 1 HP; Can be stacked with other Guts).

Laws of the Shinsengumi EX

Increase your Buster Card effectiveness by 5%.

Haori of The Oath

When equipped on Hijikata Toshizo,
Apply Guts (1 time, Revive with 1 HP) to self.
Increase own Critical Damage by 30%.

“I merely swing my sword for my own sake. Not for anyone else's sake, but my own! But, as long as you do not back down, I! The Shinsengumi! Will stand with you.“

Hijikata Toshizou may lack the image of a traditional rampaging Berserker with his surprising sanity and insightfulness, but taking his Takuan away from him may change that impression. Rampaging onto the battlefield with gun and sword alike, the Vice-Commander of the Shinsengumi and Okita Souji’s superior is a Buster-Critical force to be reckoned with.

Hijikata is a hyper-offensive Berserker, unsurprisingly, with a penchant for packing the heaviest-hitting blows when on low HP. Both his Noble Phantasm’s damage and his Laws of the Shinsengumi’s critical damage buff improve immensely as his HP total gets lower, leading to impressive offensive output when put on the brink. In addition, he functions as an effective critical damage dealer, possessing a powerful 3-turn star gather skill in Laws of the Shinsengumi to stack on top of his solid Buster booster, Demon of the Battlefield (which also doubles as a Buster and star generation support skill).

Where Hijikata falters is his defense, unsurprisingly. While his class’s weakness to almost all other classes doesn’t help, he’s also hindered by his lack of strong defensive tools, low HP total and the HP loss demerit on Laws of the Shinsengumi. While one can argue his goal is to drop to low HP in order to dish out even more damage, without any outside help he’s far more likely to just fade into gold dust than pull out the clutch rampage one is hoping for. His Disengage skill can assist in preventing himself from getting gibbed too easily, but it’s ultimately a short term measure, not a solution to the problem.

On the whole, Hijikata is a powerful force on any team - provided he can be kept alive long enough to bring the pain. He’s helped by the fact that his most preferred supports efficiently both cover his defensive weakness and further improve his damage output, but he remains a Berserker dependent on external support. Should he be given said support, however, he becomes one of the most fearsome Single-target damage dealers in the game.

The HP penalty from Laws of the Shinsengumi will never kill Hijikata directly, leaving him at 1 HP. Naturally, this is prime time for him to bring the pain with both his critical hits and Noble Phantasm.

It’s possible to keep him in this 1 HP state for a shockingly long time through Guts buffs, Dodge/Invulnerability, Stuns/Charms, or Taunts. This can even be applied to solo situations.

A backline Hijikata can run a pure offensive CE, drop into his opponent as a last resort, survive his first turn using the Anniversary Blonde Mystic Code then dish out absolutely absurd amounts of damage with his NPBB chain. While other servants may be able to last longer in a solo scenario, Hijikata’s damage output in clutch situations is utterly mind-boggling.

While Hijikata’s regular card damage may not be quite comparable to other Berserkers of his rarity, he possesses a fearsome combination of powerful critical damage and Noble Phantasm damage where they do not. In ideal circumstances (at 1 HP) Hijikata blows the damage output of most Servants out of the water with his critical strikes and Noble Phantasm. A damage output that is improved even more after his NP Upgrade. Even with a more reasonable expectation of being at half HP, his offense is impressive.

With two 3-hit Quick cards and a relatively high base NP gain rate on top of the moderate star generation buff from Demon of the Battlefield, Hijikata is capable of providing some stars for himself without external help, as well as having NP gain well above most Berserkers. While he still appreciates additional stars and NP gauge charging from his allies, he won’t be a sitting duck on his two strongest fronts should his supporters drop dead.

While this may seem like a minor point, the debuff cleanse on Disengage can be surprisingly handy in challenge quest situations. Many servants, and most Berserkers for that matter, lack any means of shrugging aside debilitating debuffs should they be placed on them. In the post-Merlin meta, many challenge quests intentionally try to cripple Buster-oriented teams. While a debuff cleanse won’t entirely solve Hijikata's defensive problems, it does help ensure that what offense and durability he has remains intact.

Hijikata is pretty much always going to be taking class-weak attacks to the face without any external help. Disengage’s heal can assist in keeping his HP topped up, but otherwise his low max HP total and vulnerability means he it isn’t too uncommon to see him instantly dropped by an enemy Buster crit. Should Masters value his longevity, running Hijikata with a defensive support is a must.

As is the way for any Servant who incentivizes nearly dying, Hijikata is playing a dangerous game when it comes to optimizing damage. While Guts buffs can provide a means of assuring he won’t just suddenly drop to a round of poor luck, he can’t gain one through his own means (short of his Bond CE). As such, he has to equip a Guts CE or run alongside a support who can give him Guts to safely drop to low HP values. This is ultimately a tradeoff, as Hijikata can greatly benefit from the offensive boosts of a CE, and his options for a Guts-giving support don’t complement him well otherwise, with most of them being better suited for Arts-oriented teams.

Hijikata should focus on bolstering his offensive might when leveling skills. He has two options in that regard - Laws of the Shinsengumi or Demon of the Battlefield. While none of Hijikata’s skills get immense scaling in their numbers from leveling, the cooldown reduction is an important aspect to consider. Leveling Laws of the Shinsengumi will further bolster Hijikata’s critical damage output, while Demon of the Battlefield is for more direct damage output and team support. Disengage is a useful tool for Hijikata, but it doesn’t gain too many benefits from being leveled, and at times the increased healing could even be seen as a detriment. As a result, it’s low priority.

Hijikata’s specialties lie in Buster card damage and critical damage. As a result, CEs which grant Buster Performance Up and Critical Damage Up are naturally a good fit. However, his lack of NP gauge chargers mean he can also appreciate a CE with Starting NP Gauge. For improving Hijikata’s NP damage, both Attack Up and NP Damage Up CEs give him a lot of mileage, especially if his supportive allies do not already provide him those buffs. Lastly, CEs that bestow Guts are a safe way to bring Hijikata to low HP without the risk of dying immediately.