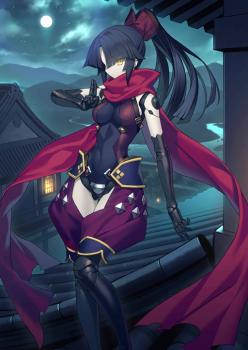 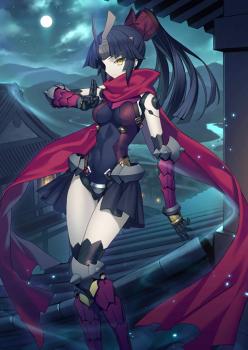 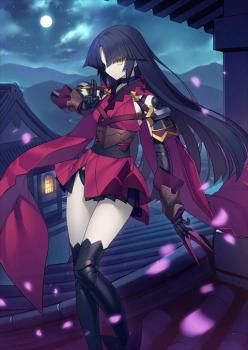 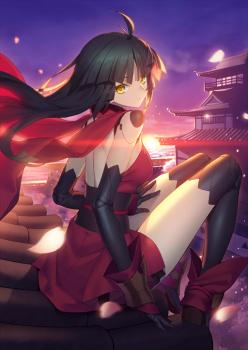 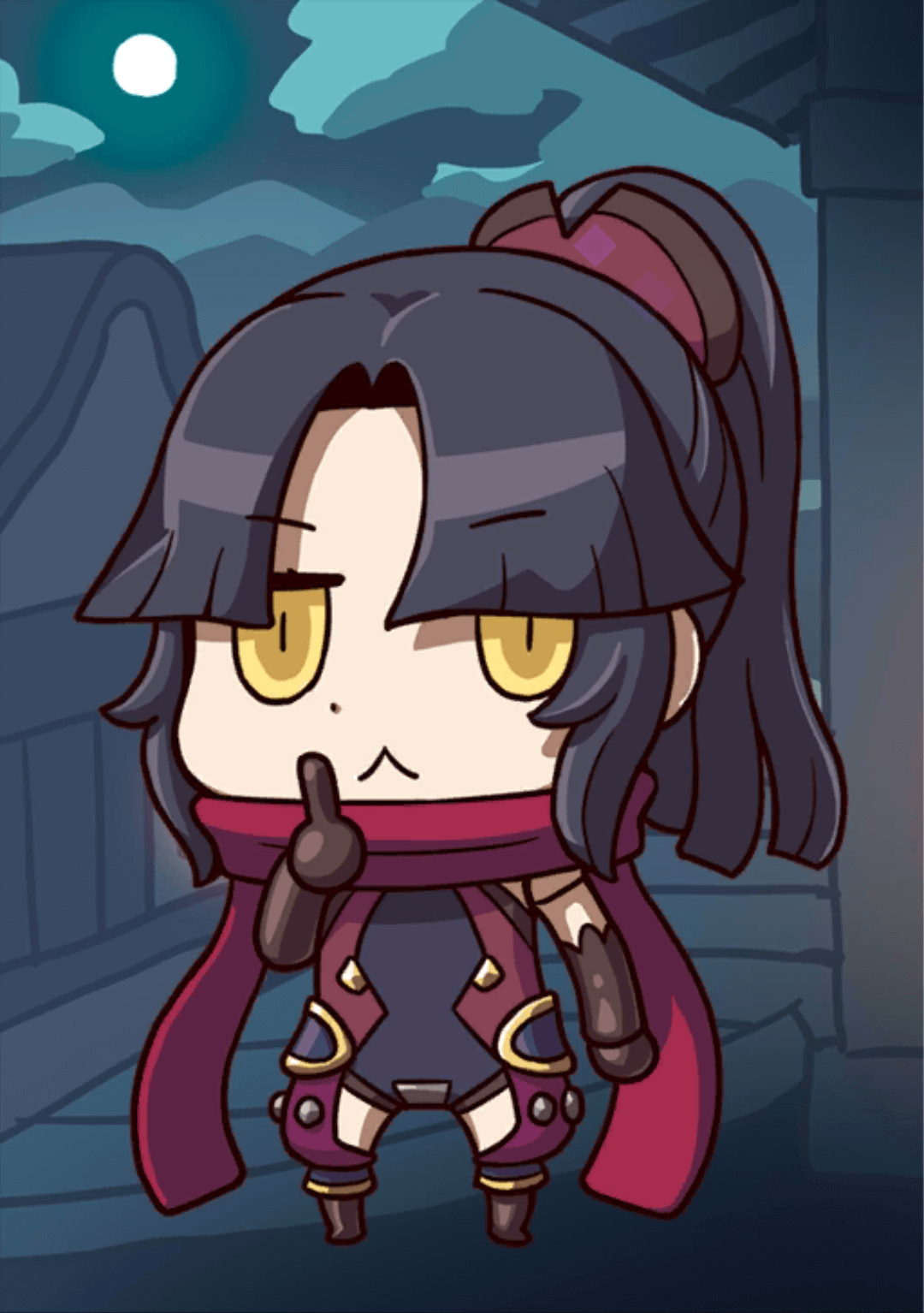 Deals damage to all enemies.
Increase Buster Card effectiveness for all allies by 20% (3 turns).

Who says a servant has to be a human? Dolls, like Katou Danzou, are perfectly acceptable in the world of Fate! With a double dose of hard survival to protect her allies, Katou Danzou serves as a Buster-based Anti-Demonic AoE Assassin.

Katou’s unique strength comes from her ability to protect her teammates from harm. With a targetable 1-turn Evasion on Ninjutsu and a 1-turn invincibility on Karakuri Illusion Act, she has the capacity to nullify enemy damage for two turns or for two Servants at once. In terms of offensive, her BBAQQ deck with decent NP Gain grants her some compatibility with Buster-based supports, allowing her to somewhat make up for her otherwise low damage especially against any Demonic monsters. Her hard survival also come with the added benefit of a decent star generation buff, an aspect Katou Danzou herself is quite capable in thanks to Presence Concealment A, her Buster/Quick buff, and an overall good hit count.

However, dolls are only able to obey their master’s commands, and lose the brunt of their attack in doing so. Katou Danzou suffers mightily from low damage, thanks to a middling attack stat, a single steroid, and her 0.9x Assassin modifier. Her Noble Phantasm, Karakuri Genpou – Dongyuu is one of the least damaging in the entire game and merely hits for more decent NP damage numbers against Demonic enemies. While Artificial Limbs (Karakuri) will grant her an extended boost in damage in all but one of her Cards, her attack modifier will still leave Masters wishing for more.

Considering her rare Buster Assassin deck and a common monster trait to exploit, Katou Danzou can still function decently with the help of a Buster support. Yet, with painfully low Noble Phantasm damage, Katou Danzou may well find her best use as an Order Change Servant that protects her allies with her double heaping of hard survival.

While Katou Danzou is not a great damage dealer, she can be used to great effect with the Chaldea Combat Uniform. On an enemy AoE Noble Phantasm turn, she can be swapped in to give the rest of the party Evasion and Invincibility, and then die from the damage of the Noble Phantasm.

While that may seem a drawback, with clever Servant placement, Masters can bring in a fresh new Servant with which to rotate (offensive) buffs immediately.

Katou Danzou has two Buster cards and a Buster Noble Phantasm, and thanks to a certain fluffy wizard, she can unleash a decent amount of sustained damage with Buster critical hits, partially overcoming her otherwise poor damage output.

The ability to be able to choose to protect a team member on demand is a highly valuable one during more difficult content, and the ability to do so twice is even rarer. By using both her Ninjutsu and Karakuri Illusion Act, she can negate incoming damage to all but one Servant – which may not be a bad thing, as Masters may sometimes wish to sacrifice a Servant to gain access to a new set of skills.

Despite a lack of access to a QQQ-chain, Katou Danzou’s Presence Concealment, her high hit counts, and the multiplicative stacking of her 1-turn critical star generation buffs with her card performance buff, all still allow her to generate a decent sum of Critical Stars.

The Demonic trait is a very common one among enemy monsters, notably appearing in all Undead, Oni-based, and Demonic Beast enemies. Against Demonic enemies, her Noble Phantasm actually outdamages most of her 4* AoE Assassin peers.

Katou Danzou has many things working against her in terms of damage: a middling attack stat, 0.9x Assassin modifiers, and only a single mid-sized steroid in Artificial Limbs (Karakuri). Against non-Demonic enemies, she has one of the least damaging Noble Phantasms in the game and struggles to match the damage output of her AoE Assassin peers.

While anti-trait special attack damage is usually a wonderful thing and Demonic enemies are rather common, Demonic Riders monsters are a relative rarity often only appearing in Events with altered enemy classes. Demonic Berserker enemies are more common, but Katou Danzou’s NP Damage is lackluster compared to those of other classes even her with her anti-trait active. In practice, as normal Servants are not Demonic either, this niche finds little use.

While a fully buffed Katou Danzou can serve decently in role of an active Critical Star generator, her critical star generation buffs are tied to her Evasion and Invincibility. Often, a Master will have to forego the survival portion of her skills to make use of her Star Generation potential.

Katou’s unique capability to protect her teammates can be used even without investing into either Ninjutsu or Karakuri Illusion Act, especially if Masters use her as an Order Change Servant. Artifical Limbs (Karakuri) is worth leveling if she is to be used in her role as an AoE Assassin. For longer engagements however, where Masters wish to use Katou Danzou for longer, leveling all her skills concurrently for the cooldown reduction is a worthwhile investment.

Katou Danzou’s CE selection highly depends on what role she is set to fullfill. As an AoE Assassin farmer against (Demonic) Riders, Starting NP Gauge and either Attack Up or NP Damage Up work best. For more sustained damage, given her weak Noble Phantasm, Critical Damage Up is a potent alternative in Buster Critical composition. Lastly, in her role as an Order Change Servant, CEs that trigger On Entry or On Death are very powerful.