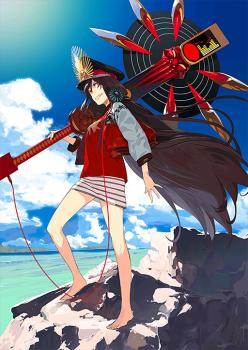 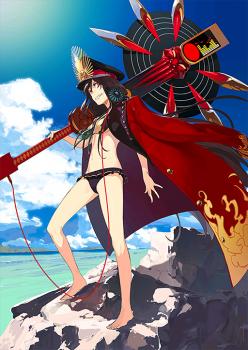 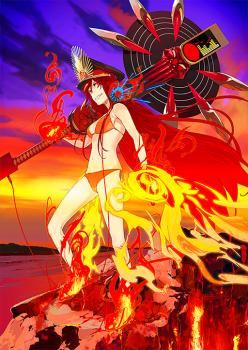 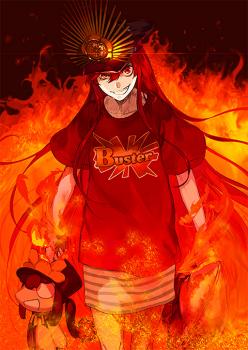 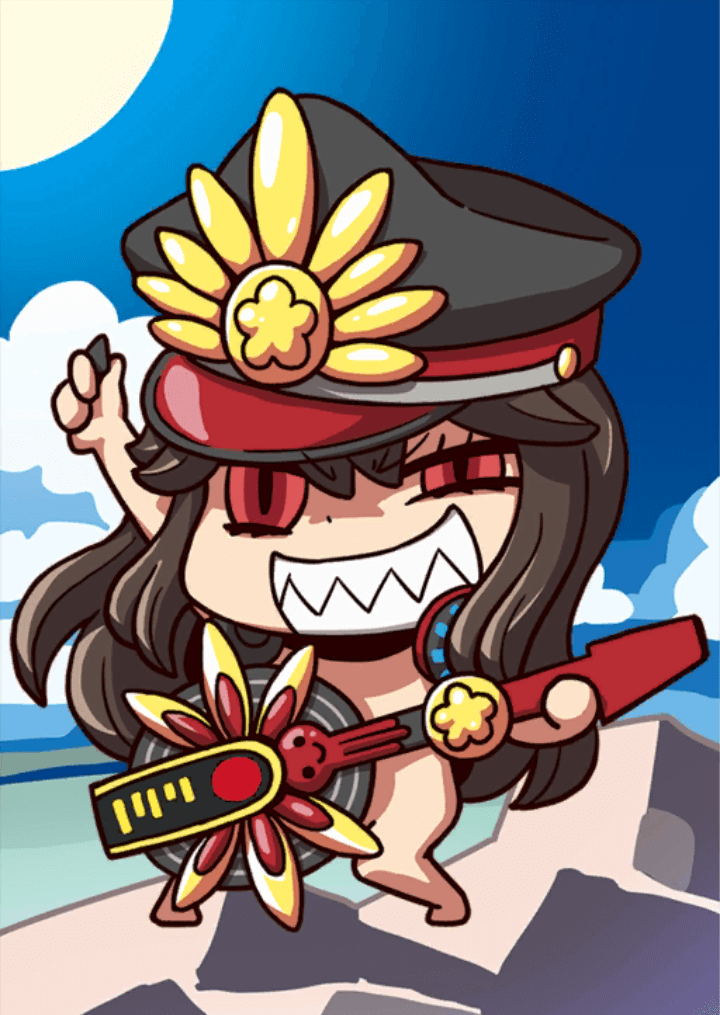 Self ATK Up Field Bonus

Demon King on the Beach A-

Increase own Critical Star Gather Rate (1 turn).
Apply Sure Hit to self (1 turn).
Increase own ATK when on a [Burning] field (3 turns).

Papiyas, the Demon King of the Sixth Heaven ~Summer Fever~

Deals damage to a single enemy.
Apply [Burning] field effect to self (3 turns).

Papiyas, the Demon King of the Sixth Heaven ~Summer Fever~

"I am the beach’s Demon King of the Sixth Heaven! That’s right, Nobunaga THE Rock’n’roll!”

Oda Nobunaga’s Berserker form shows her unleashing a fragment of her Demon King of the Sixth Heaven's power, setting her on fire and turning her into a blazing rock star. This Nobu is a flexible ST Buster Berserker who has a wide range of valuable tools, from good NP gain, to party support, to survival options, to strong NP damage against Divine enemies.

Summer Nobu is a triple-Buster Berserker with easy critical attack access thanks to Atsumori Beat and Demon King on the Beach. With her ST NP factored in, her damage output is both quite high and stable, especially when Nobu is properly supported. Additionally, she’s more resilient than a typical Berserker due to the combination of Atsumori Beat’s passive healing and the Evasion effect on Fool's Tactic. Her most distinctive trait, though, is her unusually high effective NP gain relative to her deck, as Nobu’s high Buster card hit counts allow her to generate NP gauge with Arts-led Buster cards.

Unfortunately, while Nobu’s NP’s damage ceiling is high, two of her three damage boosts are situational, and the burning field Attack buff especially only rarely takes effect, which hinders her burst damage potential. Additionally, the damage boosts that apply to her normal attacks are rather limited, which means she will need support in order for her reliable critical attacks to really shine.

As a whole, Nobu is a powerful damage-dealer, especially in standard double-Caster team setups. Properly-built Nobu teams can clear most hard content without much difficulty, especially (but not exclusively) if the enemies are Divine. In short, Summer Nobu rocks.

Nobu is one of the few Servants with high hit counts on her Buster attacks and high NP generation per hit. Thus, much like Scathach and Chacha, she can generate NP pretty well via her Buster cards.

Masters can force normal Buster cards to generate NP by starting an attack chain with an Arts card. In addition, any Arts-led brave chain will generate a significant sum of NP Gauge for Nobu as her Extra card is no slouch either.

Between her high hit counts and critical-related skills, Nobu can easily fuel her own critical attacks every four turns at minimum. Her buffs (when she has access to them) are long-lasting, and she has an ST Buster NP that deals bonus damage to Divine enemies. Nobu’s sustained damage output is quite high, and she is remarkably easy to enable and use.

While most Berserkers focus heavily on damage, Nobu brings a mix of survival tools and utility that help keep her and her team more stable. Fool's Tactic allows Nobu to protect herself for a turn, while Atsumori Beat restores health to Nobu and her allies while also generating critical stars and helping the whole team gain access to their NPs faster. Nobu also has the ability to pierce Evasion buffs using Demon King on the Beach

While Nobu’s base Quick and Arts card NP gain is a bit low relative to the average Berserker deck, the combination of her unusual hit-count spread, her passive NP gain, and her critical attack access allows her to build access to her NP more often than many comparable servants.

In an ideal situation, Nobu has access to two innate damage boosts and gets bonus NP damage versus Divine enemies. Unfortunately, the attack boost on Demon King on the Beach very rarely takes effect, and Nobu’s NP damage against non-Divine enemies is unimpressive relative to the other ST Berserkers.

As the attack buff on Demon King on the Beach will only rarely apply, Nobu typically only has Madness Enhancement and Fool's Tactic to help boost her normal attacks. Her critical attack access allows her to reach high levels of damage when properly supported, but on her own she falls behind many other Berserkers.

Nobu’s skills offer a range of valuable effects and all three skills are good, so ideally her skills should be leveled concurrently. The improved skill effectiveness and cooldown reduction granted by higher skill levels are particularly important for Nobu’s sustained-oriented playstyle.

Nobu is lacking for strong innate direct damage buffs, but she has the other tools she needs to set up powerful damage turns. With CEs and support Servants to cover her direct damage buff needs, Nobu becomes a highly effective Servant. As such, CEs that provide Attack Up, NP Damage Up, or Critical Attack Damage Up are particularly valuable. Against Divine enemies, CEs that provide Special Attack [Divine] pair well (multiplicatively) with Nobu’s innate Anti-Divine NP and allow her to reach especially high levels of damage. In some situations, particularly those where rapid damage output is necessary, Starting NP Gauge may be more valuable in order to allow Nobu to use her NP immediately.