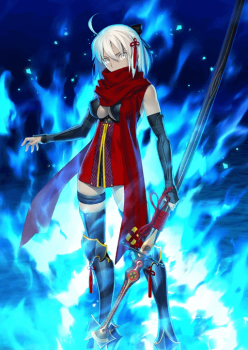 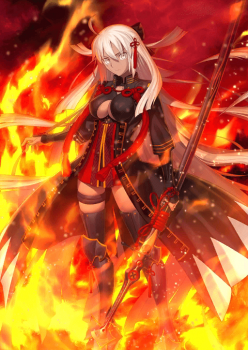 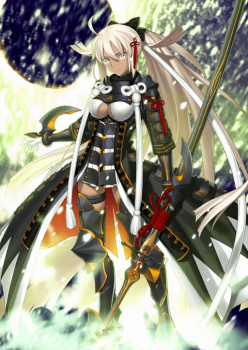 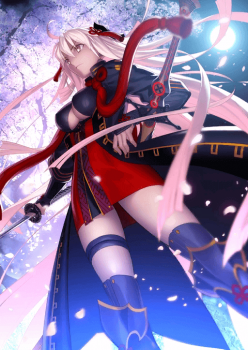 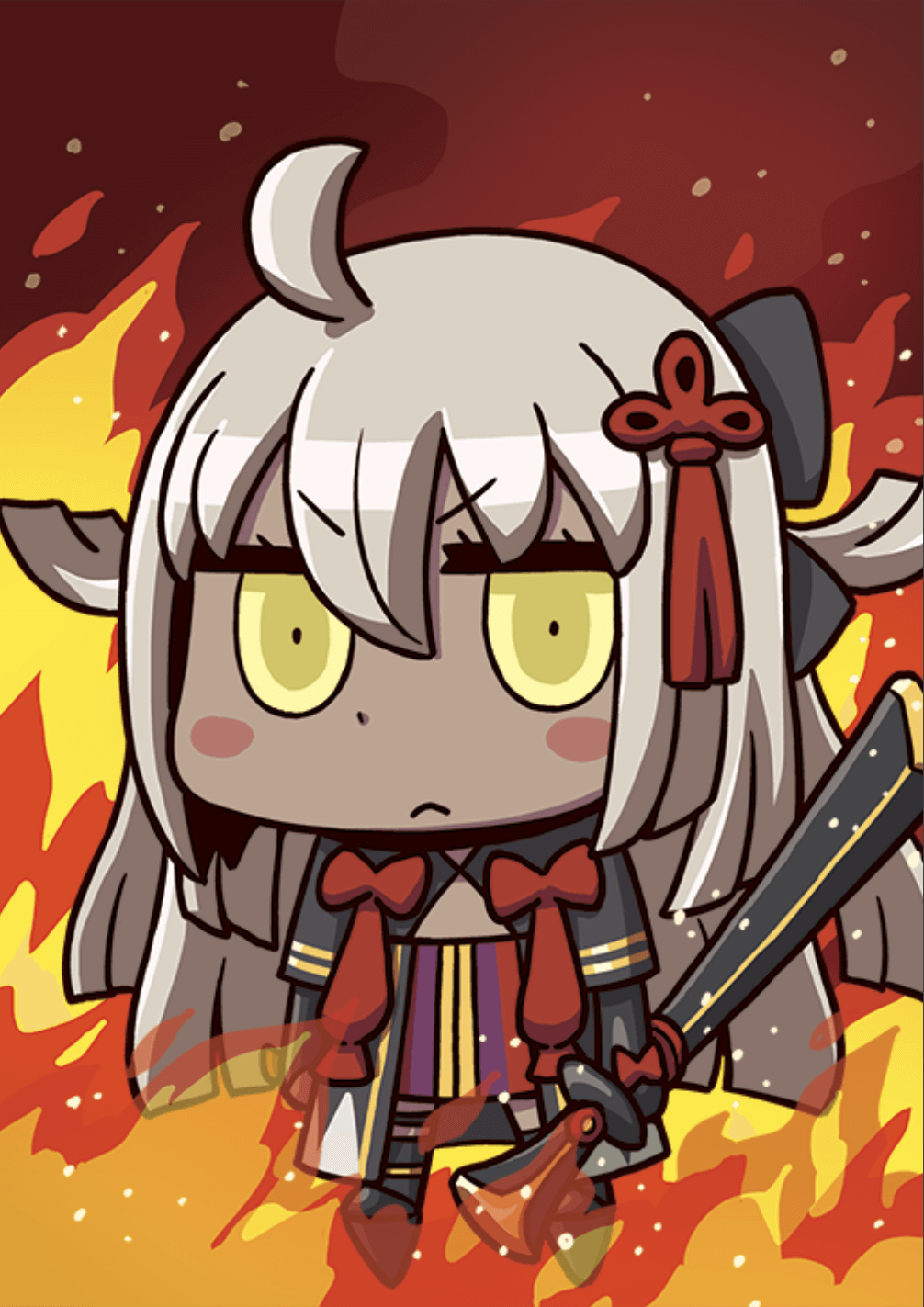 The Extremity of Endlessness

When equipped on Okita Souji (Alter),
Increases Party's Quick and Buster Card effectiveness by 10% when she is on the field.

Answering the question all Shinsengumi fans asked, the Counter Force has decided to recreate Okita as an Alter Ego to represent who she could have become without tuberculosis, with all the daishouri still around for her victories. With her high hit counts and a decent Buster AoE Noble Phantasm, she is a welcome addition to teams, particularly when her Alter Ego class proves useful, such as mixed Cavalry nodes.

Okita has wonderful potential as a damage dealer, which is her main strength. To start with, she has one of the highest attack stats of the game, and further boost that with Kyokuchi A’s boosts to Quick and Buster cards for 3 turns, and Boundless A, which provides a more uncommon NP strength boost. She also has a very nice 30% NP charge on Persistence B, which will also give her a turn of increased Critical Star gathering. Her Independent Action A gives her a decent bump in damage when she does land a Critical Hit, but one of her main strengths regarding her critical potential comes from just how many stars she can generate with her 5-hit Quick card.

On the flip side, Okita is an Alter Ego who receives a 1.5x boost to damage against Cavalry classes instead of the 2x other Servants with single-class advantage receive, so she has much less usage against single-class nodes. She also suffers from some durability issues with one of the lowest 5-star HP values, while also not benefiting from class damage resist (receiving 1x damage instead of 0.5x in almost all cases) and only having a 1-hit 3-turn evasion to survive on.

Overall, Okita tends to suffer from her class typing by not being the ideal choice for mono-class nodes, as well as being relatively fragile. However, she is a great choice when faced with a multi-class Cavalry node with her Buster AoE Noble Phantasm. Daishouri!

Okita’s Independent Action and boosts to her Quick / Buster cards allows her for 3 turns of relatively decent damage. Even when Kyokuchi is on cooldown, she can still pack a punch thanks to her hit counts generating a significant number of stars and allowing her to crit.

With two 5-hit Quick cards, a 3-hit Arts, and a 5-hit Extra, Okita has great hit counts overall. This can allow her to produce a decent sum of stars for her team, or for herself if the need arises.

Thanks to her Alter Ego classing, Okita can land 1.5x damage on any Cavalry mob, and in turn receives neutral damage from all classes except Berserkers. She also has class advantage against Foreigner class, dealing 2x damage and receiving 0.5x damage. Granted, enemy Foreigners are rare, and waves of 2-3 Foreigner enemies even more rare, although she is good to keep in mind for the rare occasion they do pop up.

With low HP and only a 1-hit 3-turn evasion to rely on, Okita will need support to survive more than a couple of rounds if she doesn’t manage to decimate the enemy beforehand.

Despite her hit counts, Okita has a low NP gain modifier and only a single Arts card. She will be very reliant on her 30% charge to unleash her true form.

Unfortunately, Alter Egos are “Jack of All Trades, Master of None.” With only 1.5x on Cavalry, she will often do less damage on a wave of Cavalry than a traditional counter-class who can do 2x. The only time she really shines is when a wave has multiple classes of Cavalry mobs, or against Foreigner mobs, which are rare.

Okita’s skills are for the most part vanilla, and can be raised in order of effectiveness. The only one which must be raised to max is Persistence, as a 30% gauge boost provides much more utility than a 20% (allowing for a 50% starting gauge CE, a Helena/Merlin, and a self-charge to reach 100%).

With a 30% charge at max, Okita benefits the most from Mixed Damage / Starting Gauge CEs provided she can get 20% extra charge from support Servants. If she cannot, Critical Damage CEs provide the best bang for her buck, boosting her common Critical Hits to a higher level. If one needs an easy-access Noble Phantasm, Starting Gauge CEs could also work.