Community Posts with Keyword Ozymandias All 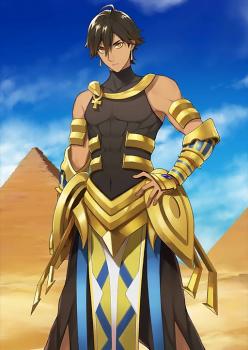 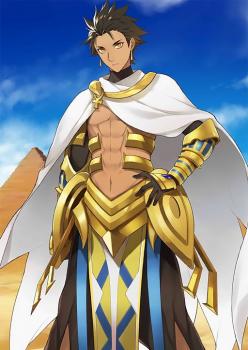 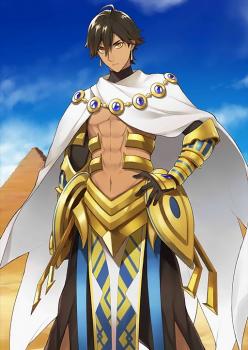 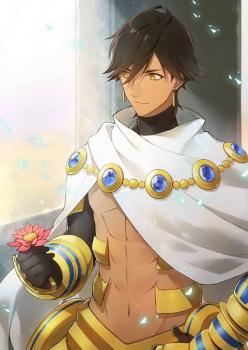 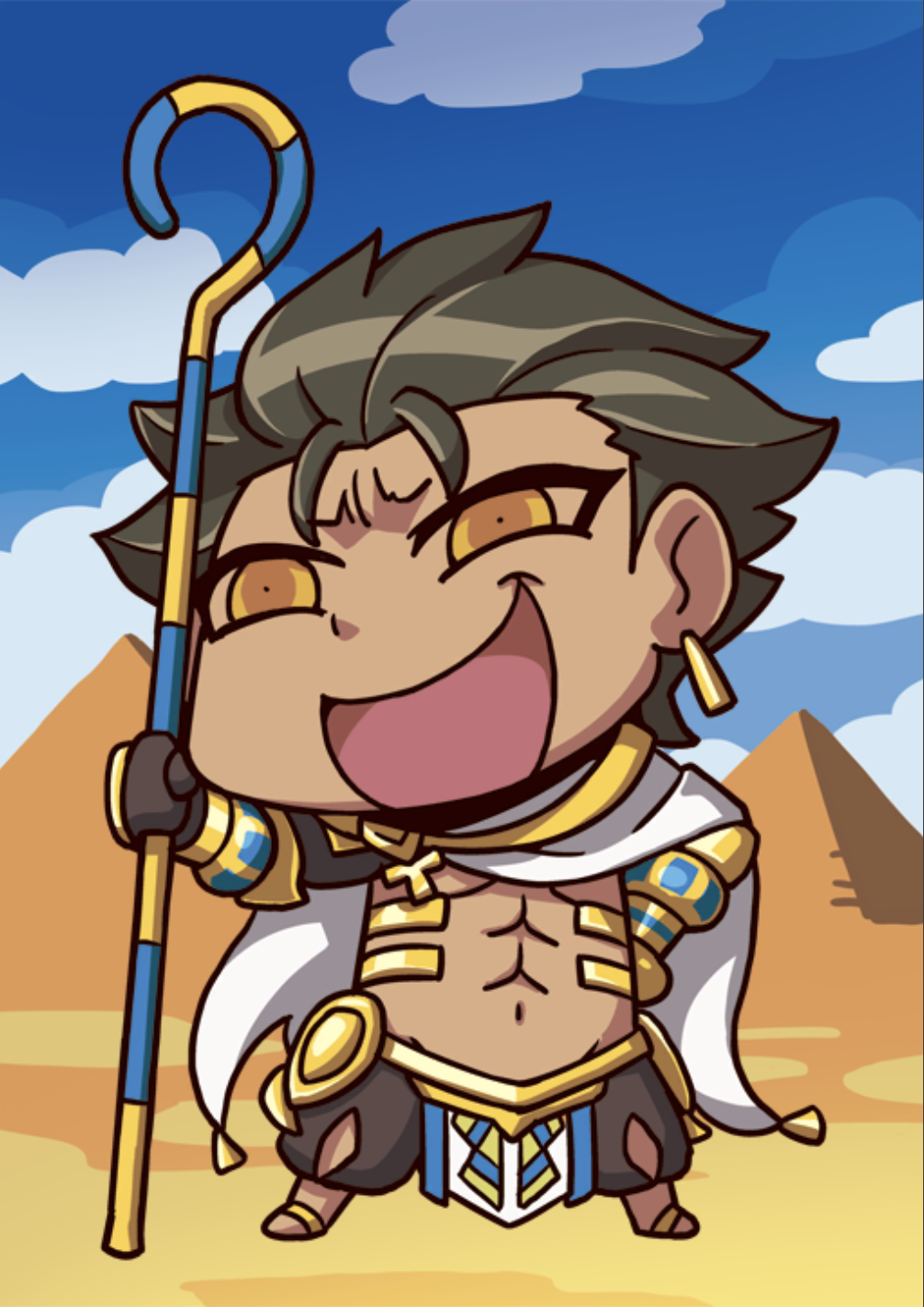 God of the Hot Sands A

Protection of the Sun God A

When equipped on Ozymandias,
Increases party's Arts and Buster Card effectiveness by 10% while he is on the field.

"I suppose I shall show you the prowess of a divine pharaoh... I shall permit your death by despair!"

The King of Kings graces F/GO as a Single Target Buster Rider with strong self-buffs and support. Aside from Charisma and useful debuffs on his NP Ramesseum Tentyris, Ozymandias’s unique Protection of the Sun God is a highly versatile teamwide NP charge and buff success rate up.

Ozymandias boasts some impressive base parameters. Although he has identical HP to Drake, the Pharaoh rocks 600 more attack and far stronger staying power and offense: with Imperial Privilege and Charisma at max rank, he has access to up to 58% Attack Up and 40% Defense Up plus a 3000 HP heal on a 5 turn cooldown, making him able to give and take one hell of a beating.

In addition, his generation performance is impressive, with his Extra attack and Riding A+ boosted Quick featuring an impressive five hits each. Combined with his slightly above-average NP gain, frequent critical hits, balanced QAABB deck and NP battery, Ozy will have no problem frequently throwing pyramids at people. His NP is also suitably powerful, featuring both an ever-useful NP Seal as well as more boosts to his offense in a 20% Defense Down for 3 turns.

It is difficult to find a fault in such a kit, yet there are a few points in which Ozymandias is less than ideal. His support role is hampered by his spotlight-stealing tendencies: his high Rider star weight often leads him to gather all the critical stars. Furthermore, his Imperial Privilege and Protection of the Sun God generally have to be used together or one of his buffs may not trigger. Finally, he is reliant on supports to access a more diverse set of offensive buffs other than Attack Up, or for a hard survivability effect.

In the end, Ozymandias is simply a fantastic Rider Servant capable of both providing unique team support and functioning as the central damage-dealer of a Buster-based team. Look upon him, ye Masters, and rejoice!

Ozymandias' Buff Success Rate Up is a rare and potent buff that adds a flat success rate up % to any chance-based skill or NP. This grants the King of Kings some unique synergy with a number of Servants that have powerful, but random buffs. Hans is perhaps the most happy beneficiary, as the success rate increase will guarantee his NP Märchen Meines Lebens triggers all its possible effects.

Notable other happy Servants include other Imperial Privilege users, Nicola Tesla, Scathach, Ishtar, and more. Note that not all Servants with chance-based activations are affected; both Fionn and Astolfo sadly do not benefit (as their chance-based skills work slightly differently).

Ozymandias is one of the few non-Caster servants who can charge the team's NP gauge. As a result, he provides greater flexibility in team composition for farming, noticeably bringing Kaleidoscope users to 100% NP gauge with Protection of the Sun God. Indirectly, it also serves as another offensive buff depending on the teammates in question.

With a guaranteed Imperial Privilege, at max rank skills Ozymandias can buff himself for up to 58% attack and 40% defense, not to mention a 3000 HP heal on a 5 turn cooldown.  Unlike Mana Burst, this buff also lasts for three turns and allows him to shrug off damage in addition to dealing it. His damage potential only gets even stronger with buffs that stack multiplicatively (Card Performance, NP Damage or Critical Damage) from teammates as well. With Ozymandias' naturally high star weight making it easy to critically hit, even his basic attacks can bring the pain.

At max rank, Protection of the Sun God not only guarantees Imperial Privilege’s effects, but it makes other chance-based buffs more reliable as well, like Da Vinci’s Inherent Wisdom. This negates the unreliability of otherwise overpowered buffs.  Additionally, Ozymandias’ NP seal is great for delaying the enemy NP, buying time for another turn, while his defense down can provide allies with an additional 20% or more attack increase on an enemy.

Despite his fantastic personal 40% defense buff, Ozymandias lacks any hard survival skills and probably will not survive an enemy NP without external help. In addition, timing his Defense up is often made difficult by the cooldown and opportunity cost of using Protection of the Sun God for a different purpose.

Unlike his peer The King of Heroes, Ozymandias does not have any other offensive buffs outside of Attack Up. Thus, he requires a support with different buffs to truly reach his high damage potential.

Reliant on Protection of the Sun God for Imperial Privilege

Ozymandias is quite flexible in skill leveling depending on whether one uses him as a support or primary damage dealer.  As he is typically the primary damage dealer, leveling skills that directly increase his offense first would be the best option. However, all of his skills are worth investing in due to the increase in consistency, offense, staying presence and support they bring to Ozymandias.

Although Ozymandias has supportive qualities, he typically serves as the primary damage dealer.  Thus, he will benefit from Craft Essences that will allow him to deal damage better or faster. To achieve this, both Buster Performance Up and Critical Damage Up are very effective and stack multiplicatively, while Starting NP Gauge is also great for finishing fights faster. NP Damage Up is effective as well, but as a Rider Ozymandias is very effective at unloading impressive damage with his command cards.