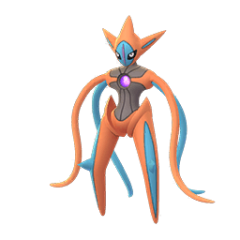 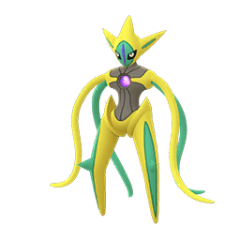 I see you there eyeing up that 414 base attack stat. Before you think that this makes a Pokemon good, I want to direct your attention to Deoxys Attack's defense stat; It's 46. How bad could that be? For reference, Gengar's base defense is 156. 46 sounds really frail now, doesn't it? But 414 base attack! If it weren’t for Dark Pulse, Deoxys Attack would probably faint before launching a Charge Move. And even then, its DPS has comparatively fallen so far below the monsters that lurk in the Psychic and Dark Types that it's entirely outclassed on both fronts. It's best to simply not invest in Deoxys - Attack.

Poison Jab gives you the best chance of accomplishing anything. Psycho Boost is Deo’s cheapest charge move, and thus the one you have the best chance of ever being able to use. Dark Pulse is cheaper than Zap Cannon, and is thus the third move of choice, though you'll probably never reach either.

With less defense than a Weedle (and a consistently negative matchup against it), Deoxys-A is...not good. Please don’t. Seriously. No matter how tempting the idea of a high-attack Deo-A closer strat may be, there are many other Pokémon that can fill a similar role without dying to a stiff breeze.

I hope you like losing, because you’ll do a lot of it.