Looking for my next grail project *Poll*
@AwesomeJr44 wrote: I heard people like polls, so here’s a…
AR offense week
@Darkbitcold wrote: This week I did poorly on light. Meh…
Sonya Builds
@zudjr32 wrote: Weekly Revival Banners are no joke! Took my…
Image merging
@Peaches wrote: What tool do you use when you have builds…
Erm, about Itsuki
@Kynn wrote: I’m a very casual player so I have a very…
Read More
GamePress
Featured Update Tips for Autobattle Team Building

Community Posts with Keyword Peony; Impact on Aether Raids All 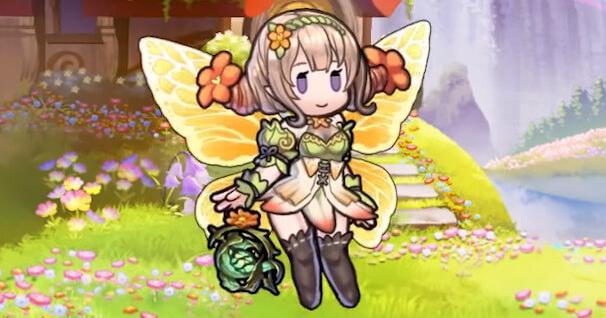 Peony is our 2nd Light Mythic Hero introduced into the game. Similar to our first Light Mythic Eir, Peony is available to the players for free by finishing a portion of the story. A player could obtain her from Book IV Chapter 1-5.

Peony being a Light Mythic meant that going forward, there are bound to be meta shifts within the mode. In this article, we would focus on the possibilities offered with Peony as a Light Mythic Hero, and how this would impact Aether Raids both offensively and defensively.

One of the most notable features of Peony is that she is a refresher, which grants any unit an extra turn at the expense of Peony’s Assist. In the past, with only Eir as a Mythic, running a refresher is usually either at the expense of a precious team slot, or scoring due to the lack of room for a bonus unit. Peony solves the above issue by being part of the mandatory scoring core.

The non-mythic members of the Aether Raids team are usually the members that do most of the heavy lifting, as they could benefit from the stat bonuses from Mythic Blessings that are provided by the Mythic Heroes. This meant that the Mythic slots are better used as support units, which in this case makes Peony an extremely attractive proposition.

The ones that benefit the most from this change and those team compositions with good amount of potential in the player phase. In the past, due to the refresher opportunity cost said above, running alternative support is not an option if a player opts for a refresher. Now with Peony being a Mythic, the second team slot could be used to provide support in the team composition.

This meant more room for debuffing supports, such as Aversa and Mordecai, and for damage-based supports, such as Fallen Takumi and Halloween Hector. In particular, Aversa with a Broadleaf Fan could be a rather potent combination in Aether Raids Offense.

Peony’s weapon providing a combat buff in cardinal direction might take some time to get used to, however it also has immense potential for a Player Phase unit due to potentially having a longer range.

In a Galeforce team composition, Eir’s only contribution is either as a Smite unit, or a clean-up crew with the help for Wings of Mercy. This meant that for a player to use a refresher in the team composition, it is usually used as a secondary Galeforce unit. This is not exactly the most ideal as refreshers usually would not have the sufficient offensive stats to pull off the Galeforce. Freeing up the dancing duties with a Mythic meant running a more combat capable Galeforce unit.

For Peony, being a Blue Tome is something that people might overlook. With Silver Goblet being available from Heroic Grails, should a player wish to leverage more on in-combat buffs and prefers to get more defensive stats, running it over her base weapon is actually not a bad proposition either. This meant that even for a tanking based strategy, there are also options available for Peony.

While not much, Peony also somewhat got some visible stat covered using her dance ability which provides +3 to all stats. The stat stacking could be rather potent when combined with in-combat buffs such as Drives and Spurs.

Overall, it is likely that Peony would result in an increase in Player-Phase based strategies. This meant that the durability of the defensive set-up’s frontline will be tested when dealing with player phase threats. As Peony’s Blessing bonus is Speed, it is also increasingly difficult to prevent a follow-up against a player phase opponent. Frontline units should be better prepared to face against player-phase units going forward, be it in terms of ranged or melee threats.

However, this will also come with an opportunity cost for the attacker; the reduction of 5 RES compared to using Eir could mean decreased durability of the said Player-Phase unit. This meant that it is also easier to defeat the said threat in a single hit. However, players should still remain wary against tanking set-ups, as running 2 Eir is still a good option for a tanking-based set-up.

The introduction of Peony as a Mythic refresher will create a meta shake-up in Aether Raids. Most notably, player-phased strategies will benefit the most as they are allowed to run a second unit that is more appropriate rather than sticking to a refresher. This is applicable in Vantage, Hit and Run and Galeforce compositions. Tanking compositions might still want to keep 2 Eir for the extra boost in Resistance, however, running Silver Goblet with combat buffs on Peony is not exactly a bad idea either.

Defensively, players have to build up a sufficiently strong frontline to mitigate the damage done on the player phase in order to adapt to the increased importance of the player phase.This should not be at the expense of damage output.

Looking for my next grail project *Poll*
@AwesomeJr44 wrote: I heard people like polls, so here’s a…
AR offense week
@Darkbitcold wrote: This week I did poorly on light. Meh…
Sonya Builds
@zudjr32 wrote: Weekly Revival Banners are no joke! Took my…
Image merging
@Peaches wrote: What tool do you use when you have builds…
Erm, about Itsuki
@Kynn wrote: I’m a very casual player so I have a very…
Read More
Menu