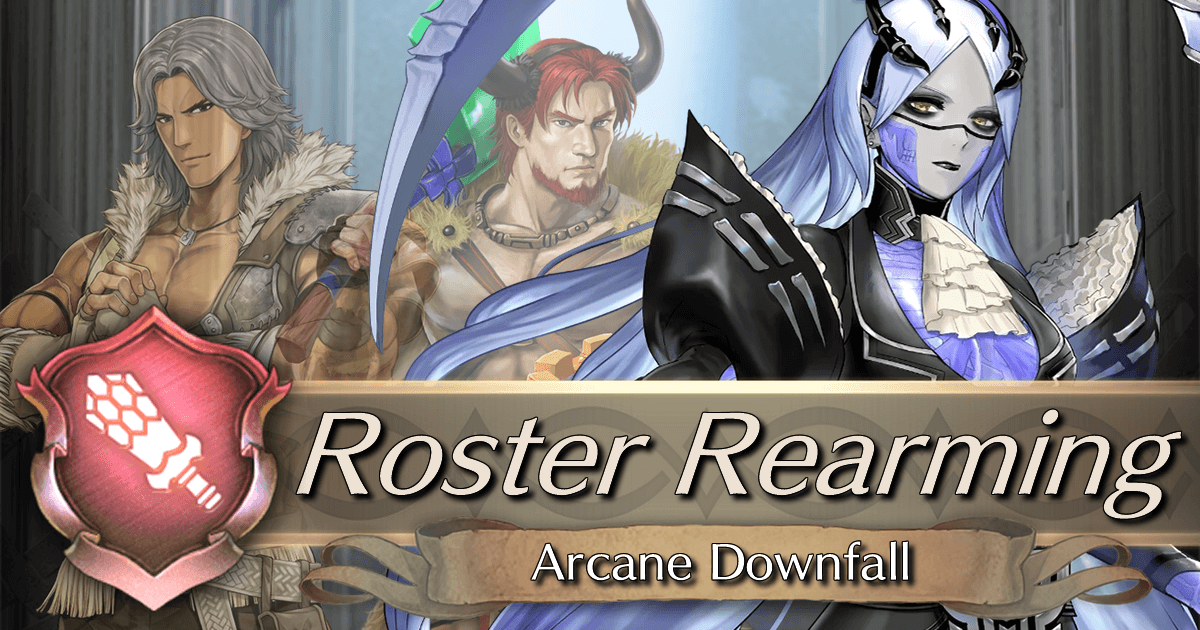 Arcane Weapons function as a normal inheritable weapon, with a few distinctions. So far, they have all had a significantly more powerful combination of effects than almost any inheritable weapon. Because of this, any unit that inherits an Arcane Weapon cannot have it equipped simultaneously with any other unique, non-inheritable skills, with a few small exceptions like Dance. So for example, if Hel inherits Arcane Downfall, she cannot use it simultaneously with Inevitable Death.

In addition to this, Rearmed Heroes function in an usual way with regards to skill inheritance. Essentially, a Rearmed Hero can be used one time to pass skills on to another unit like any normal unit can, but does not vanish from the barracks when doing so. So Ganglot can be used to pass skills to a unit like Ninja Shamir one time and you’ll still be able to use her as well. This inheritance can only be used once, but if another copy of the Rearmed Hero is obtained, that copy comes with a fresh inheritance. Or they can be used to “refresh” the inheritance of a used copy. So you could use a Ganglot to pass skills to a unit like Titania, then merge another Ganglot into the first copy and use her to pass skills again to a different unit like Libra. This can actually allow “duplication” in a sense of other rare inheritable skills like Ruptured Sky, with the usual rule that units can only inherit 4 skills from one hero. Nevertheless, it is worth noting.

Ganglot’s new axe, Arcane Downfall, comes with various strengths. It has the Slaying Axe effect of accelerating Special trigger by 1, making Specials reach full charge more quickly. In addition, as long as the wielder’s HP is at least 25%, it boosts all their stats by 5, blocks a follow-up attack, gives Special charge +1 on all attacks during combat, and restores 7 HP after combat.

Overall, it is a very strong weapon, with its notable weakness compared to the other Arcane weapons being its lack of a guaranteed follow-up attack. This is a minor problem when used on an infantry unit, since every infantry has access to the Null Follow-Up sacred seal. It may be more of an issue for other unit types, but depending on how you want to use the unit, other skills like Flow Refresh or Crafty Fighter can provide effects that somewhat make up for it.

In addition to Arcane Downfall, Ganglot has several other valuable skills. Distant Stance allows a unit to counterattack at any range while also boosting Res by 5 on enemy phase. Quick Riposte 4 provides a guaranteed follow-up attack and some damage reduction on enemy phase. Joint Dist. Guard boosts the Def and Res of the user and any allies within 2 spaces by 4 if they are in combat with a unit wielding a ranged weapon such as a bow or tome. In addition, all three of these skills cost 300 SP, making them very valuable for Arena scoring.

Notably, if the unit inheriting the skills already has Distant Counter, Quick Riposte 3, and Distant Guard 3, they can inherit Arcane Downfall, Distant Stance, Quick Riposte 4, and Joint Dist. Guard from a single Ganglot. Other than Distant Counter, the prerequisites are all available on units at 3-4 star rarity, though you may need to spend some feathers to promote them to 5 stars for the final level of the skill.

Ganglot’s inheritance is best used on a unit that:

-Benefits significantly from Arcane Downfall compared to other options

-Also benefits from at least one of the other inheritable skills

Other than your personal favorite units that you use frequently, which can always be a good choice, the most valuable units to choose are likely going to be axe infantry and armors, particularly if you have them merged to +10 and use them for arena scoring. There are exactly two axe units available at 3-4 star that hit 190 BST when merged; Female Shez and Atlas. Otherwise, units like Ninja Shamir, Gonzales, Young Boyd, Basilio, Balthus, and Brigand Boss are good choices. Arcane Downfall works well on fast units paired with a damage reduction skill like Spurn or Godlike Reflexes, or on slower units with Quick Riposte 4; it is generally a flexible weapon. There haven’t been any axe armors released at 3-4 star rarity since Flame Emperor, who scores worse than all the aforementioned units, but if one is released in coming months they will also be a great choice.

Outside of scoring, Arcane Downfall also gives many units access to a Slaying weapon with other great effects like stat boosts and healing. The Slaying effect is useful on almost any build, as are the stat boost and Special charge gain, while the blocked follow-up and healing are somewhat more situational. More specifically, this enables some good builds like a Vital Astra build for infantry, or Hardy Fighter on armored units.

Below are a few sample builds you might consider if you have a favorite axe unit that needs a new weapon. The specific units used are not important; the important thing to consider with Arcane Downfall builds is mostly how well the unit’s statline allows them to use a particular build. For example, faster cavalry and flying units can use a Galeforce build with Arcane Downfall, while it doesn’t work very well with slower flying and cavalry units due to their lack of a guaranteed follow-up attack. Likewise, the specific skill choices are often flexible, with multiple good options depending on what you have available. The point of these builds is to give you some starting points for thinking about what you might want to use. 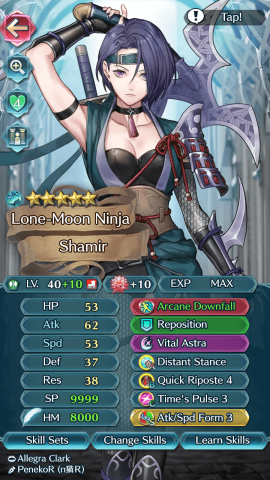 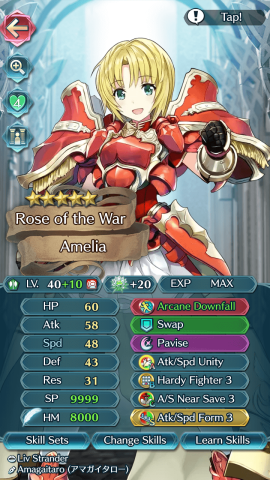 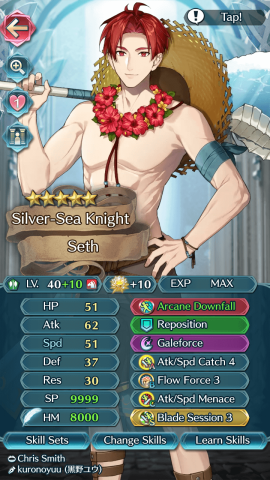 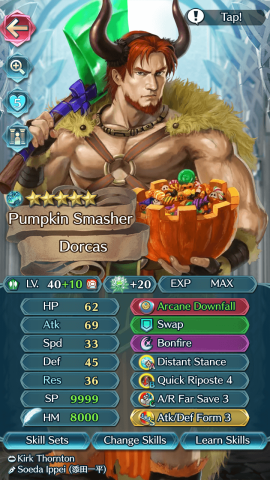 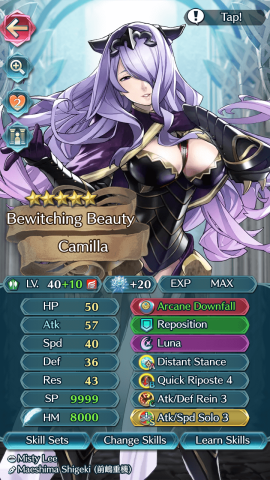