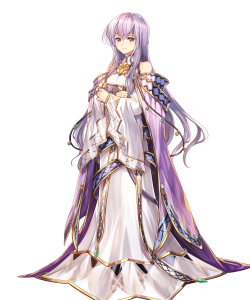 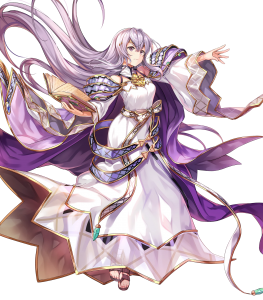 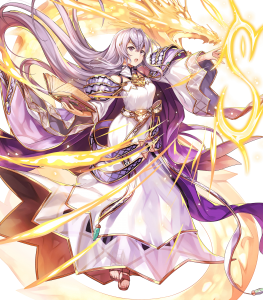 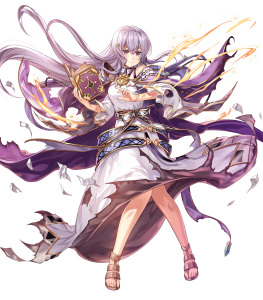 Passive B: Light and Dark II

Legendary Julia’s new tome provides a variety of useful effects, including boosts to her stats, damage reduction based on her Res, dragon effectiveness, a guaranteed follow-up attack, and the ability to counterattack dragons in melee. These effects give her strong combat against dragons and many mages on both phases.

The upgraded version of Light and Dark provides multiple useful effects including a reduction to all her foe’s stats, neutralizing any penalties on Julia and bonuses on her foe, and disabling any effects that target the lower of her Def and Res, such as the effect of most dragonbreath weapons.

Julia’s status as a tome infantry allows her to use great skills like Atk/Res Ideal 4, Mirror Impact, and Time’s Pulse.

Atk and Res are Julia’s most important stats for dealing with mages and dragons, and her base 39 Atk and 36 Res serve her well to that end. Her high Res also allows her to bypass the effects of Dragon Wall on many enemy dragons, if her Res exceeds her foe’s.

Julia’s base 40 HP and 28 Spd are decent. Her Spd is also better than it looks at first since Light and Dark II provides a debuff of -5 to her foe’s Spd, as well as neutralizing any bonuses her foe has and any penalties Julia has.

Julia’s base 19 Def means she is in danger of falling to strong physical attacks from most units. Although she can reduce their damage by up to 40% based on her Res, she will still easily fall in two hits against most physical foes.

Weapons “effective against magic foes” such as Aureola deal bonus damage against Julia.

Specials like Deadeye and Lethality that ignore percentage-based damage reduction will cause Julia to take full damage from her foe’s attacks, likely falling in a single hit.

While Julia has a strong niche as a high Atk and Res unit that can survive most mages and dragons and deal high damage back, there are other units who can do similar things, including other blue tomes like Legendary Deirdre and Guinivere, and they have some strengths that Julia lacks.